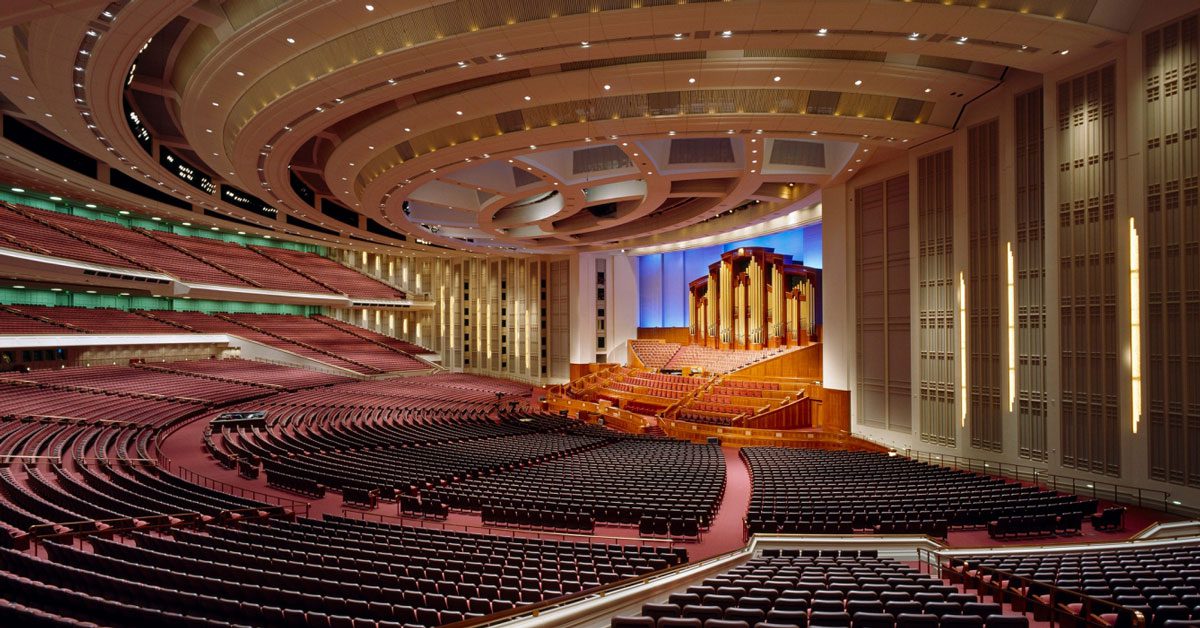 This week, Latter-day Saints around the globe prepare for the October 2020 General Conference, to be held this weekend in Salt Lake City and broadcast globally. As the world continues to endure difficult and challenging times, this Conference promises to provide messages of love, hope, inspiration, and truth from the Lord’s servants.

General Conference in the Book of Mormon

Is There Precedent for General Conference in the Book of Mormon? (KnoWhy 199)

The tradition of holding conferences began only two months after the Church was founded. Precedent for the practice can be found in the Book of Mormon, which records many instances where all the people were gathered together to hear the counsel of prophets and inspired leaders. Examples include the preaching of Jacob (2 Nephi 6–10; Jacob 2–3), King Benjamin (Mosiah 1–5), Alma (Alma 5–7), and of course the visit of the Resurrected Lord (3 Nephi 11–20).

These Book of Mormon precedents, in turn, go back to earlier traditions and practices known among the Israelites from the time of Exodus onward, when they were expected to gather three times a year for seasonal festivals and covenant renewal ceremonies.

Understanding these precedents helps us appreciate our place in this long-standing sacred tradition.

Why Do Certain “Treasured Words” Appear So Repeatedly in General Conference Talks? (KnoWhy 69)

As you listen to General Conference, you are likely to hear familiar phrases from the scriptures, including the Book of Mormon. Some of the most frequently used Book of Mormon phrases include “tender mercies,” “a marvelous work and a wonder,” and “plain and precious.” This frequent interweaving of scriptural language into addressed written under inspiration for our own day and time breathe renewed life into timeless words and make them relevant to our lives today.

General Authorities and the Book of Mormon

Why Do Church Leaders Frequently Testify of the Book of Mormon? (KnoWhy 68)

As part of their broader effort to teach, exhort, testify, and bear witness of the Lord and His truth, prophets, apostles, and other leaders often teach from and testify of the Book of Mormon. Studying these testimonies illuminates the different ways the Book of Mormon builds testimony in central doctrines of the Restoration. In recent years, leaders have taught and testified of how the Book of Mormon upholds biblical teachings, provides affirming evidence of Joseph Smith’s prophetic ministry, and powerfully witnesses of Jesus Christ.

As one of a thousand elements of my own testimony of the divinity of the Book of Mormon, I submit this as yet one more evidence of its truthfulness. In this their greatest﻿—and last﻿—hour of need, I ask you: would these men blaspheme before God by continuing to fix their lives, their honor, and their own search for eternal salvation on a book (and by implication a church and a ministry) they had fictitiously created out of whole cloth? … They would not do that! They were willing to die rather than deny the divine origin and the eternal truthfulness of the Book of Mormon.

The Importance of Daily Book of Mormon Study

Why Should we Read the Book of Mormon Daily? (KnoWhy 368)

Obtaining spiritual nourishment on a daily basis is just as important for our spirits as getting enough food and water is for our physical bodies. And the Book of Mormon, a book that was carefully prepared by the Lord for our day, is uniquely able to provide the nourishment that is most vital to our spiritual survival. As we diligently give heed to the prophet’s counsel, we will see his promised blessings unfold in our lives.

In these unprecedented times, General Conference is a welcome opportunity to receive inspired guidance and counsel from prophets, apostles, and other faithful men and women who love and serve the Lord. No doubt this week, as in times past, Church leaders will draw upon the Book of Mormon as they offer instruction, testimony, exhortation, love, and hope to a world desperately in need of the Restored Gospel of Jesus Christ.