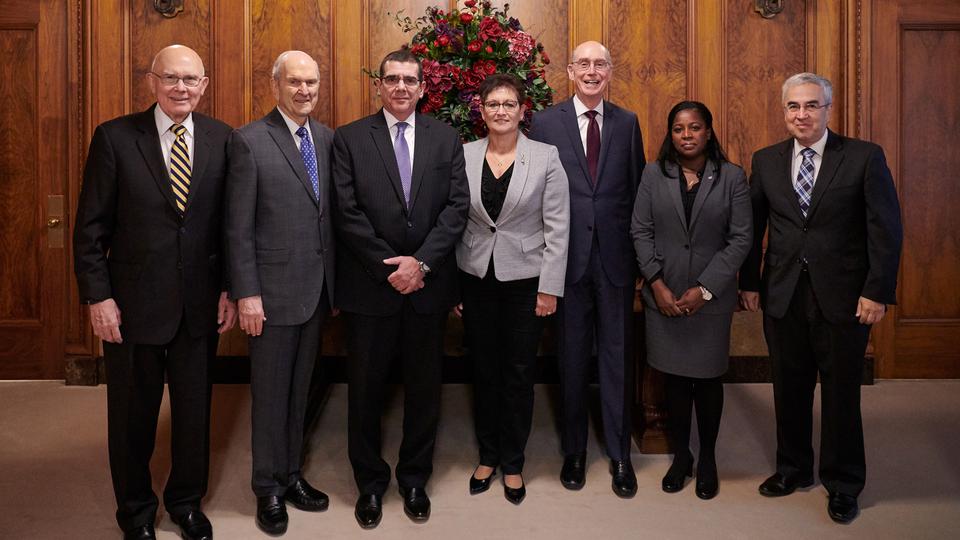 At the request of Cuba’s Ambassador to the U.S., José R. Cabañas, the First Presidency of the Church met Wednesday morning with him, his wife, Edilia Gonzalez, and Third Secretary Yanet Pumariega Pérez.

Ambassador Cabañas reaffirmed that the Church is welcome in his Caribbean country. He was pleased with the things he saw in Utah and the kindness of the people. They spoke especially on the importance of solidarity after natural disasters and the Church’s cooperation with social and community organizations in Cuba.

Ambassador Cabañas also acknowledged the goodness of Latter-day Saints who are constructive members of Cuban society. Hundreds of Latter-day Saints reside in Cuba and are organized into several branches and one district, which was created in 2017. Before the ambassador left, the First Presidency gave him a Spanish language edition of the Book of Mormon.

As explained by the Church Newsroom:

The First Presidency and the Quorum of the Twelve Apostles are charged with sharing God’s love for all His children. These senior Church leaders also regulate the affairs of the Church in all nations. One way they accomplish both objectives is in regular meetings with government, civic and religious leaders from around the world.