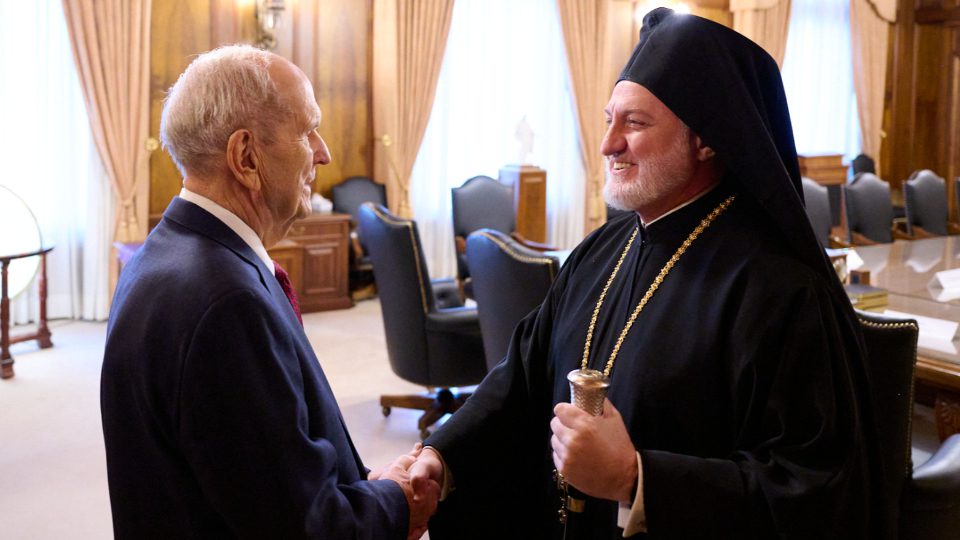 The First Presidency of The Church of Jesus Christ of Latter-day Saints on Thursday, July 22, 2021, welcomed His Eminence Archbishop Elpidophoros of the Greek Orthodox Archdiocese of America.

The archbishop is a native of Istanbul. He was elected Archbishop of America by the Holy and Sacred Synod of the Ecumenical Patriarchate in May 2019. He began his service at the Archdiocesan Cathedral of the Holy Trinity in New York City in June of the same year.

The Greek Orthodox Archdiocese of America has, according to its website, 540 parishes, 800 priests and approximately 1.5 million members.