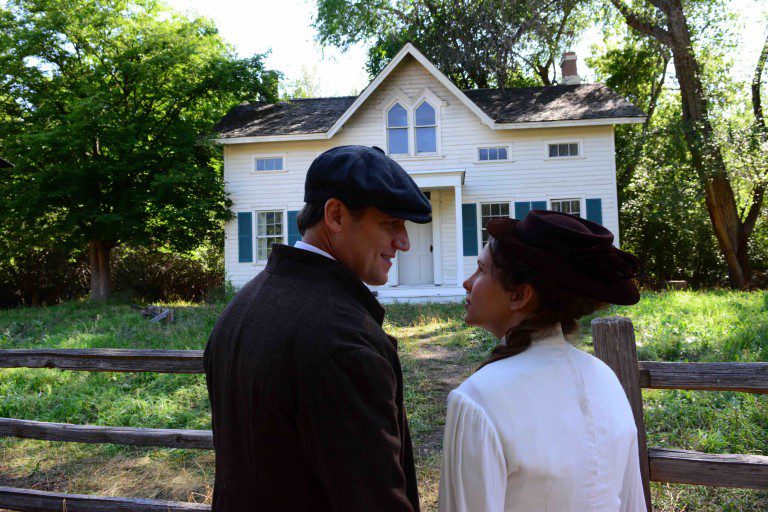 T.C. Christensen, the filmmaker behind such popular movies as 17 Miracles, Ephraim’s Rescue, The Cokeville Miracle and Love, Kennedy, recently announced a release date for his newest feature film, The Fighting Preacher.

Produced by Remember Films and distributed by Purdie Distribution, The Fighting Preacher will open in theaters on Wednesday, July 24.

See the first trailer for this new film below:

Dave McConnell and Cassidy Hubert star as Willard and Rebecca Bean in the movie, based on the couple’s 25-year missionary service in Palmyra, New York. Joseph F. Smith, president of The Church of Jesus Christ of Latter-day Saints, called the Beans in 1915 to occupy and operate the recently re-acquired Smith Farm near Palmyra, New York, site of many pivotal events in the Church’s history.

“Not only is the Bean’s missionary service an extraordinary story,” Christensen says, “Willard’s life before the call is fascinating. He was a boxer, fighting his way to middleweight champion of the world in 1905.” Willard’s prowess in the ring plays a role in the movie, when the boxer challenged all comers to take him on in an effort to break the ice with hostile Palmyra residents.

“When we think of pioneers, we automatically imagine church members traveling westward across the plains,” Christensen says. “Although the Beans went the opposite direction, traveling back east to the roots of the church, their pioneering spirit is no less captivating. They faced hostility and hatred, which still lingered in Palmyra, long after Joseph Smith and his followers were driven from the area.” The film dramatizes many miraculous and inspiring events as the Bean family attempts to win over their unwelcoming neighbors and find a place in the community.

Purdie Distribution is an independently-owned film distribution company known for releasing independent films nationwide.  Established in 2011, Purdie Distribution led the distribution of SAINTS AND SOLDIERS: AIRBORNE CREED and THE VOID, THE SARATOV APPROACH, FREETOWN, MEET THE MORMONS, ONCE I WAS A BEEHIVE, THE STRAY and is generally focused on films that elevate the human experience. Founder Brandon Purdie played a key role in the establishment of the family and faith-based film market with his previous work on the release of SAINTS AND SOLDIERS, THE WORK AND THE GLORY trilogy, and FOREVER STRONG.

So looking forward to this movie.