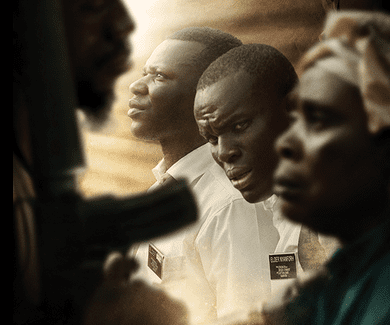 Award-winning filmmakers Garrett Batty (The Saratov Approach) and Adam Abel (Saints and Soldiers) return to Ghana next week to debut their upcoming film, FREETOWN, filmed outside Accra, Ghana. The premiere on March 12, 2015, will spotlight the local Ghanaian cast and crew, as well as the film’s story of unwavering faith and courage during Liberia’s 1990 civil war. It opens in theaters in Ghana on March 13. The U.S. release is April 8.

Based on the true story of six LDS missionaries serving in Monrovia, Liberia, who are caught in the middle of a brutal civil war. They quickly realize the only way to stay safe and to keep teaching is to flee their native country, even though doing so will put them in eminent danger. Their destination: Freetown, Sierra Leone. With the help of local church member Phillip Abubakar (Henry Adofo), the missionaries make the difficult journey through war-torn Liberia, with rebels at their heels.

A religious thriller based on actual events, FREETOWN showcases what can happen when faith overcomes fear, creating the opportunity to stand firm for what you believe. Reviews from early screenings include, “Inspiring. Worth watching” and “Amazing.”

In speaking on why making this film was important to him, director Batty said, “Faith is tough, it’s exhausting, yet it’s what we endure to keep moving forward and place our trust in God. If I can capture that faith, and show how God is always watching over us, then I think that’s a worthy effort.”

Abel, the film’s producer, agrees. “Inspiring others through faith-filled stories, and staying true to those remarkable stories, is a filmmaker’s dream. This story has it all – courage, strength, turmoil, evil, and most importantly, faith.”

FREETOWN releases in theaters in New York City, L.A., Salt Lake City and other select cities across the U.S. on April 8, 2015. To learn more, visit https://threecoinproductions.com/films/freetown/.

FREETOWN can be requested for any theater in the U.S. by visiting www.Tugg.com. 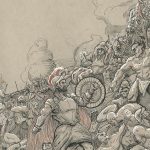 Why Did God Support the Nephites in Battle?