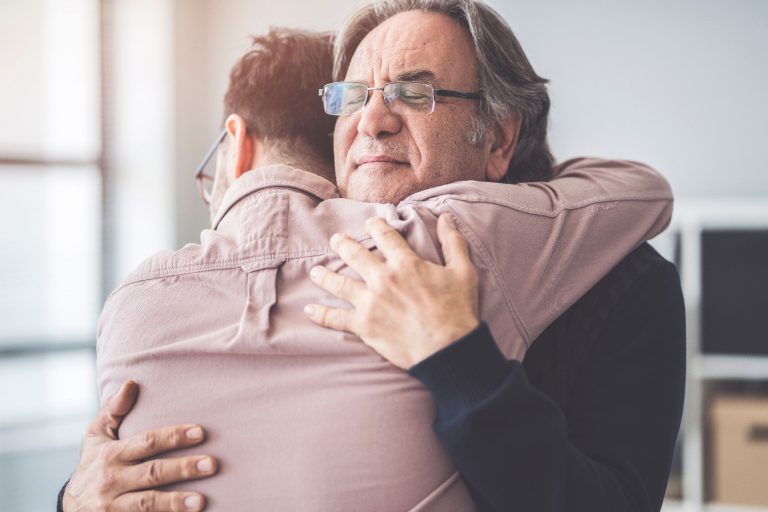 There was a community breakfast for fathers and their young children. I always enjoyed these. It was not only the good food, but it was fun to share time with my children and their friends. I also enjoyed visiting with the other fathers.

As we waited in line for some pancakes, I saw Jim walk in. Jim was one of my former scouts, but I hadn’t seen him in years. Beside him was a miniature model of himself.

I smiled as I shook Jim’s hand. “So, this is your little son?”

Jim nodded. “His name is Colter.”

Colter was about three years old. I spoke to him and held out my hand. He looked at his dad, and Jim nodded. Colter then shook my hand.

Adam, another of my former scouts, came up with his little daughter. “Hey, Jim,” he said, “did you hear about Kevin?”

Jim nodded. I could tell by the expression on Jim’s face that he struggled to think about it. Jim and Kevin both came from influential, wealthy families. They had been best friends growing up. In my scout troop, they were inseparable. They always shared the same tent, and where one went, the other went. And when one got in trouble, the other was right there, too.

“You two seemed to have grown apart and gone separate ways,” I said. “What happened?”

Jim seemed to want to visit with me alone, so he said nothing until Adam had gone to join some other fathers. Then, as Jim and Colter made their way to the same table as my children and me, he shared his feelings.

“Really, the end of our time together began the night we were arrested,” Jim said. “We had done illegal things before but never got caught. We kept doing worse and worse things until the day we were arrested and locked up. I can still remember that night vividly.”

“Is my dad coming to get me?” Jim asked.

The policeman shook his head. “Your father said that you need to face the consequences of your actions. You will stay here at least overnight. He just asked that we keep you safe.”

Jim’s anger at his father burned as he watched Kevin leave. How could his father be so mean as to just leave him there? It was a long night, and by the time his father came the next day, Jim was in no mood to talk to him. That didn’t matter, because his father had some things to say.

“Jim,” his dad said, “every decision in life carries consequences. Good decisions carry good consequences, but the consequences of bad decisions are usually unpleasant. If you decide to do something you shouldn’t, I expect you to honestly pay the price for that decision.”

In the court hearing, Kevin’s dad hired the best lawyer, and Kevin got off with little mention of what happened. On the other hand, by his father’s request, Jim got hours of community service with the offense to be removed from his record upon completion.

“Those service hours made it so I didn’t have time to spend with Kevin doing things I shouldn’t,” Jim said. “They also made me think. I realized it was stupid to do things that got a person jail time or took away their freedom. Kevin kept getting into trouble, and his dad kept bailing him out. He never faced the consequences of what he did. At least, he didn’t until this time. He is going to prison for a long time, and even his father can’t save him from that.”

Jim appeared thoughtful as he continued. “I, on the other hand, have a wonderful wife, a sweet little son, and I feel I have a bright future.”

He then summed up his thoughts about what he had shared. “I’m grateful for a father that helped me understand that there are consequences for my actions. I hope I can be just like him with my son.”

This moral has been pointed out to me by others uncounted times during my life. It is so true!

It takes courage to allow consequences. Thanks for showing by example that it's worth it.