False Narratives: “The Lies We Tell Ourselves” | Meridian Magazine 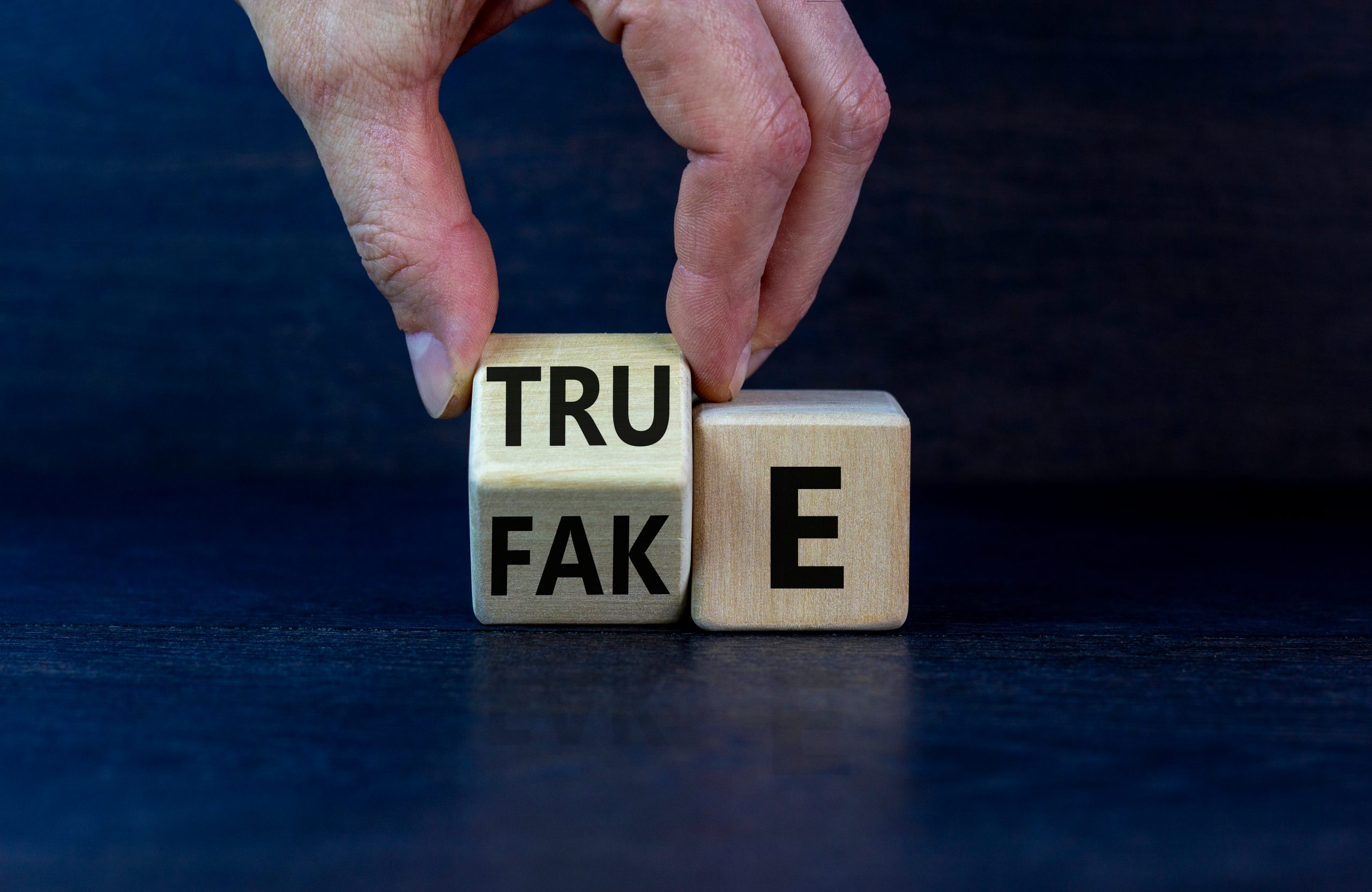 False Narratives: “The Lies We Tell Ourselves”

The following was contributed by Shannon Wixom.

Modern-day culture and media have perfected the art of presenting opinions and falsehoods as facts. Social science refers to this phenomenon as “false narrative.”  A “false narrative” is a version of an issue or an event that, while partly true, has been framed and shaped to elicit strong emotions, such as fear, disgust, or anger.

Florida’s 2022 Parental Rights in Education bill was nicknamed “Don’t Say Gay” by its critics, ranging from mainstream media, Hollywood, corporations, and even the president of the United States, who called the legislation “hateful.” CEO of Disney, Bob Chapek, insisted it was “…yet another challenge to basic human rights.” Chasten Buttigieg, LGBT advocate and teacher, claimed, “This will kill kids.” And Jen Psaki broke down in an interview with the podcast News Not Noise, insisting she doesn’t believe that such states’ laws are indicative of the country’s general consensus.

We can unpack these narratives by first going directly to the bill. According to its text, House Bill 1557 reinforces “the fundamental right of parents to make decisions regarding the upbringing and control of their children.” The new law prohibits schools from enacting policies that prevent the disclosure to parents of “critical decisions affecting a student’s mental, emotional, or physical health or well-being.” It also prohibits “classroom instruction by school personnel or third parties on sexual orientation or gender identity” in kindergarten through third grade. And it could prohibit the teaching of those topics in higher grades “in a manner that is not age-appropriate or developmentally appropriate” according to state standards.

Unsurprisingly, the authors of these various narratives give no evidence to support their outlandish yet myopic claims. Preventing teachers and personnel from classroom instruction on sexual orientation and gender identity should not illicit outrage from anyone given that public schools also prohibit teachers from instructing students on their personal religious beliefs. (Read the article “So what about all the ‘Don’t Say Jesus’ bills that erase my identity as a Christian teacher?”)  And contrary to Jen Psaki’s assertion that Florida’s law doesn’t reflect the general consensus of people, here is a trio of polls revealing that most Americans support a ban on teaching young children about sexual orientation and gender identity issues (seen as grooming by many) in public schools, which are funded with taxpayer dollars.

What is evident is that opponents want to eliminate parental influence over their children. By fighting bills that give parents more transparency over school curricula and ban ideological indoctrination in a public setting, they are really saying that the government should have ultimate control over molding our youth instead of their parents. As Vladimir Lenin said, “Give me just one generation of youth, and I’ll transform the whole world.”

President Biden recently signed the Violence Against Women Act Reauthorization Act of 2022. According to the National Network to End Domestic Violence (NNEDV), this bill “creates and supports comprehensive, cost-effective responses to domestic violence, sexual assault, dating violence and stalking.” The narrative, tied up in the name, is that this act helps “women.”

In actuality, the act is less about “women” and more about including initiatives specifically for LGBTQ advocacy groups like National LGBT Task Force, and “culturally specific communities,” i.e. special interest groups.

Sarah Parshall Perry also notes in an article for the Daily Signal: “The stealth inclusion of ‘gender identity’ under sex-specific provisions, particularly as concerns single-sex spaces like federal prisons and shelters for battered women, is nothing but a political power play. In the very spaces where women need protection the most, they would be forced to share intimate spaces with men who identify as women if this bill is enacted. This does nothing to protect the safety of women who bear the disproportionate brunt of domestic abuse and sexual assault statistics in this country.”

A current example of this detrimental policy in action can be found in a New Jersey women’s prison, where several women are now pregnant after the prison allowed 27 men identifying as women to be housed there. A lawsuit has been filed by female prisoners asserting they are being harassed and their rights violated by men who are being placed in women’s prison facilities.

A simple Google search for “abortion is not healthcare” leads to a section titled, “People Often Ask,” followed by the question: Are abortions considered healthcare? If you know anything about the slant of Google’s politics, the answer shouldn’t surprise you: “Abortion is healthcare. Period.”  It is curious that Google allows no room for debate with that statement.

According to Amnesty International, abortion is essential heathcare because it saves lives. That has to be one of the biggest oxymorons of all time, because in the case of every single successful abortion ever performed, at least one life was terminated.  In addition, no abortion is truly “safe” for the woman either, even though pro-abortionists continually label it as such, but that’s a whole other false narrative for another day.

Amnesty continues by saying that an estimated 22,000 women die each year from unsafe abortions, which they assert is why safe abortion access is necessary to healthcare. This logic is not unlike the one being used to justify government sponsored open-air drug sites. The thinking is that somehow people are safer doing drugs if they’re being overseen by their benevolent government. Ironically, drug use and overdoses are continuously rising under these policies.

Another group, the American College of Obstetricians and Gynecologists, states that facts are important and abortion is healthcare. At least we can agree on the first part. They use the same tired argument that Amnesty makes, in that it is necessary to provide “safe” abortion so women don’t choose “unsafe” abortion.

In a recent article for Bloomberg, economist and professor Kathryn A. Edwards argues that the persistence of poverty among unwed mothers is merely an economic problem, not a reflection of the disintegration of the family in society, and can be solved through more government programs. You know, since the war on drugs, cancer, crime and poverty were all so successful. (wink, wink)

In direct opposition to her argument, researcher Robert Rector, a leading expert on poverty, welfare programs, and immigration in America, uses the U.S. Census as evidence that the principal cause of child poverty is the absence of married fathers in the home. In his article, Marriage: America’s Greatest Weapon Against Poverty, he states, “The poverty rate for single parents with children in the United States in 2009 was 37.1 percent. The rate for married couples with children was 6.8 percent. Being raised in a married family reduced a child’s probability of living in poverty by about 82 percent.”

Robert also brings up the Fragile Families and Child well-being Survey, which shows that marriage will reduce the expected poverty rate of the children born to unwed mothers by two-thirds, data that clearly debunks the false narrative that husbands aren’t needed.

Kathryn claims that governments aren’t spending enough money on single mothers, but is that true? Robert’s article also discusses the amount of money state and federal governments are spending on welfare for single-parent families. In 2011, they spent over $450 billion on welfare for low-income families with children. Single-parent families received $330 billion, or around two-thirds. He adds, “Most non-marital births are currently paid for by the taxpayers through the Medicaid system, and a wide variety of welfare assistance will continue to be given to the mother and child for nearly two decades after the child is born. On average, the means-tested welfare costs for single parents with children amount to around $30,000 per household per year.”

Florida’s recently passed bill to strengthen fatherhood is a fantastic example that counters Kathryn’s argument that more government money alone will fix the burdens of single mothers. In an article for the Federalist, Tim Goeglien says, “Instead of sending single mothers more tax money, as Edwards advocates, we should be doing what Focus on the Family President Jim Daly suggests, that ‘every man needs to be reminded from time to time that their wives and children deserve their best’ which is what the Florida fatherhood policy sets out to do with such targeted excellence.”

Avoid being swept along by false narratives

Looking for the truth amongst today’s minefield of false narratives can be daunting. I feel that way each time I do a Google search and it comes back with only one loud narrative, over and over and over. But if we’re willing to do more than scratch the surface of what we read, watch or hear, and devote the time to broaden our scope when doing research (i.e. don’t just Google it), we can plant solid roots of understanding that run deep.

False narratives begin with the acceptance of a false premise (example: the Emperor’s weavers were capable of weaving invisible clothes).  False narratives can be difficult to spot, but don’t be fooled.  We can all do a better job of digging deep into an issue and when we do, we can be a part of the solution – sharing truth.