Fairytale or Failure?: The Fear of Love and Marriage | Meridian Magazine 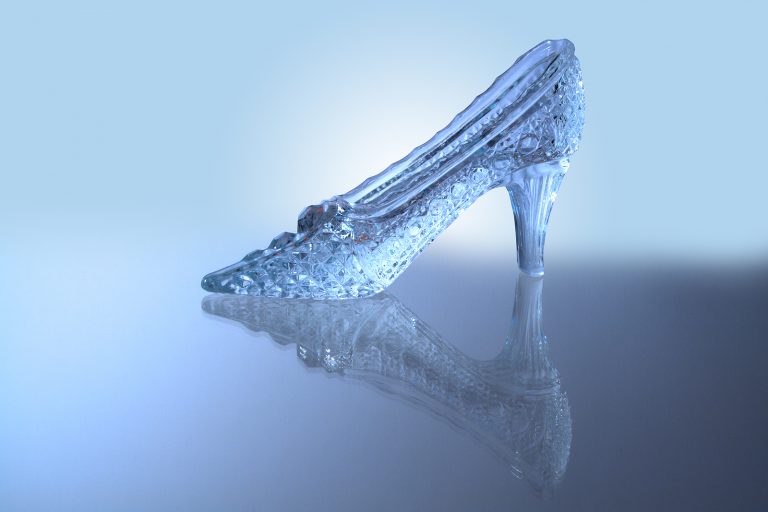 Fairytale or Failure?: The Fear of Love and Marriage

Lost in the magical melodies, dreamy princes, and romantic ruses of Disney fairytales is fear.  I’m not referring to fear of the dragon, the evil stepmother, or even the glistening red apple.

The fear that I’m referring to is the fear of love and marriage. While sounding wedding bells can signal the commencement to living “happily ever after,” the echoing ring seems to be the very thing many in contemporary society are shrinking away from.

What is it in this otherwise celebratory resounding that strikes people as shuddersome? It’s not that they don’t like bells—in fact, the majority of individuals still value marriage and say they want to marry.  Despite this shared longing for one’s own “happily ever after,” it is the fear of living anything short of “happily” that keeps so many individuals today from “going to the chapel.”

The happily ever after painted in picture books and captured on cameras provides a conflicting mirage of hope and despair.  Many hope that love as it is so often depicted will happen at first sight, prince charming will appear, the princess will be flawless, and true love’s kiss will compose a never-ending serenade of these magical bells.

The despair, however, that strikes in the hearts of many is the fear that “Happily ever after” is just a fairytale.  The bells will stop ringing.  The prince will revert to the beast.  The clock will strike midnight and the gowns and carriages and slippers will vanish.  The damsel will run away.  The “endless diamond sky” will turn dull and “days in the sun” will be darkened by divorce.

In a quest for a happily ever after that won’t disappoint, more and more adults are choosing to cohabitate instead of (or prior to) marriage. In fact, almost 70% of Americans cohabit before getting married.[1]  They may presume that foregoing the bells means it won’t be so painful when they can no longer hear them.

Ironically, the fear of not living happily ever after is the very thing that can prevent couples from having it.

Fear of relationship failure or divorce leads many to “test out the relationship” first.  However, a mere toe dip in the ocean to test the waters before jumping in lacks the commitment necessary to sustain a marriage “ever after.” A significant body of research shows that couples who choose to commit to marriage versus cohabitation find greater relationship quality, marital satisfaction,[2] and trust between partners.[3] When the waves pound and the boat rocks, their relationship is more stable because they already committed to stay in the boat, no matter the storm.[4]  Married couples experience lower relationship risk, meaning there is less conflict, violence, and dissolution.  Scott Stanley of the University of Denver has found that despite relationship satisfaction, married couples are more dedicated to the relationship than are cohabiters[5].  In short, happily ever after is more likely to be experienced by couples who marry without cohabiting at all.

Some fear marriage because they are concerned about getting caught in violent and abusive relationships, but the “return of the beast” is less likely for married couples.  Married couples tend to have less violence, less conflict, and much more love in their relationships than cohabiting couples.  Both spouses have chosen to be there;  coercion and manipulation are not needed to secure the survival of the relationship.

Another fear comes with the financial realities of life–fear of not having a coachman and carriage can halt the magic. Just as having no dress kept Cinderella from going to the ball, many women “want to be financially secure before they wed.” Financial preparation is valuable, but the dream becomes having it all—which is harder than ever to achieve prior to marriage.

This concern isn’t foreign to men, either. Ninety-one percent of young adults think they need to be financially independent with a coachman, carriage, gown, slippers, and even a castle before riding off with their true love.  What many don’t realize, though, is that married men have higher incomes than single or cohabiting men.  As for the women, no statistical difference is found in their personal incomes when married or single.  When considering the family income, the marriage premium only increases.

Sexual intimacy alone strikes fear for some since it requires vulnerability and authenticity.  Yet most do not fear vulnerability and authenticity – they fear rejection and abandonment.  They fear not being enough for their partners.  It’s this deep fear that leads many to engage in premarital sex, have multiple sex partners, and be sexually involved within a few weeks of a relationship6.  They are in search of “true love’s kiss” – of sexual compatibility – not wanting this part of their relationship to be awkward or painful or lacking in unity.  However, the irony of searching for the one they love “through true love’s kiss” is this: Sexual quality is better in relationships where couples wait until marriage to be sexually involved.  Doing so allows the relationship to grow in quality, stability, and satisfaction [6] so that upon marriage, the secure foundation for vulnerability and authenticity is set.  It’s marriage that brings the magic.

In this society drenched in divorce, break-ups, broken hearts and broken dreams, of things that don’t last, there’s one underlying fear that haunts just about all of us: Fear that it might start with happiness, but in the end, the love won’t last.  The magic really will vanish with the strike of a clock.  After years of slaying dragons, romantic boat rides, and raising dwarves together, the spell will end.  Reality will drown out the ringing bells. The dreams will fade, and we’ll have to wonder if it really was too good to be true.  Were we just following fleeting feelings that would inevitably end with a prick on a spindle?

This is the part that remains unillustrated in the fairytales because they end where real life begins.  Real life.  What will keep the magic alive when faced with the red apples of life?  Mental illness, addiction, loss, failure, physical limitations, and all the rest.

What are people really afraid of?  What really prevents people from getting married?

If marriage isn’t a prerequisite to having a charming prince, fairy godmothers, sparkling gowns, and magic carpet rides, then what is the point?

Perhaps what is required is a little introspection to consider a ride together or a life together is what’s being pursued.

As just a ride, happily ever after is like a cliff hanger… “happily” they live together, “happily” they sleep together, “happily” they eat together, but what’s next?  Secured happily ever after’s come when both partners choose one another and commit to combating the evil queen jointly.  It’s not about avoiding dragons – it’s about tackling them together.  The dragons are what make love so magical and so real.  Fighting for one another proves a lot more than finding excuses for delaying or avoiding those wedding bells.

Evil stepmothers and the Ursula’s of life don’t vanish once two are married.  Love is the antidote.  Love is a verb that climbs and sweats and changes in order to experience happily ever after while in the deepest or shallowest of life’s obstacles.

After the prince found Cinderella’s glass slipper, it wasn’t magic that reunited them. It was the prince’s searching, traveling, hoping, trying, failing, trying again, and believing.

True love, lasting love, is not produced by the wand of a fairy godmother.  It is produced by us—couples woven together intentionally, piece by piece, with an alignment of choices, attitudes, behaviors, priorities, actions, and emotions.  True love requires sacrifice.  True love is mature[7] in that when feelings are fleeting, choices are consistent.  Day by day, even moment by moment, we choose to compose together and secure our happily ever after.

What a great scholarly article written in such a clever engaging way! I appreciate the writer’s fresh approach and her non-apologetic style. It is clear. God’s commandments time and again prove to be for our benefit. They are the path to eternal happiness.

Loved the article. I have found what you said to be true with my own experience. I enjoyed the use of fairytale characters to get the point across. Their use added a familiarity that made it fun to read. Keep writing. The world needs more of your ideas and comments.