Examining the Evidence: We Can Safely Trust in God | Meridian Magazine 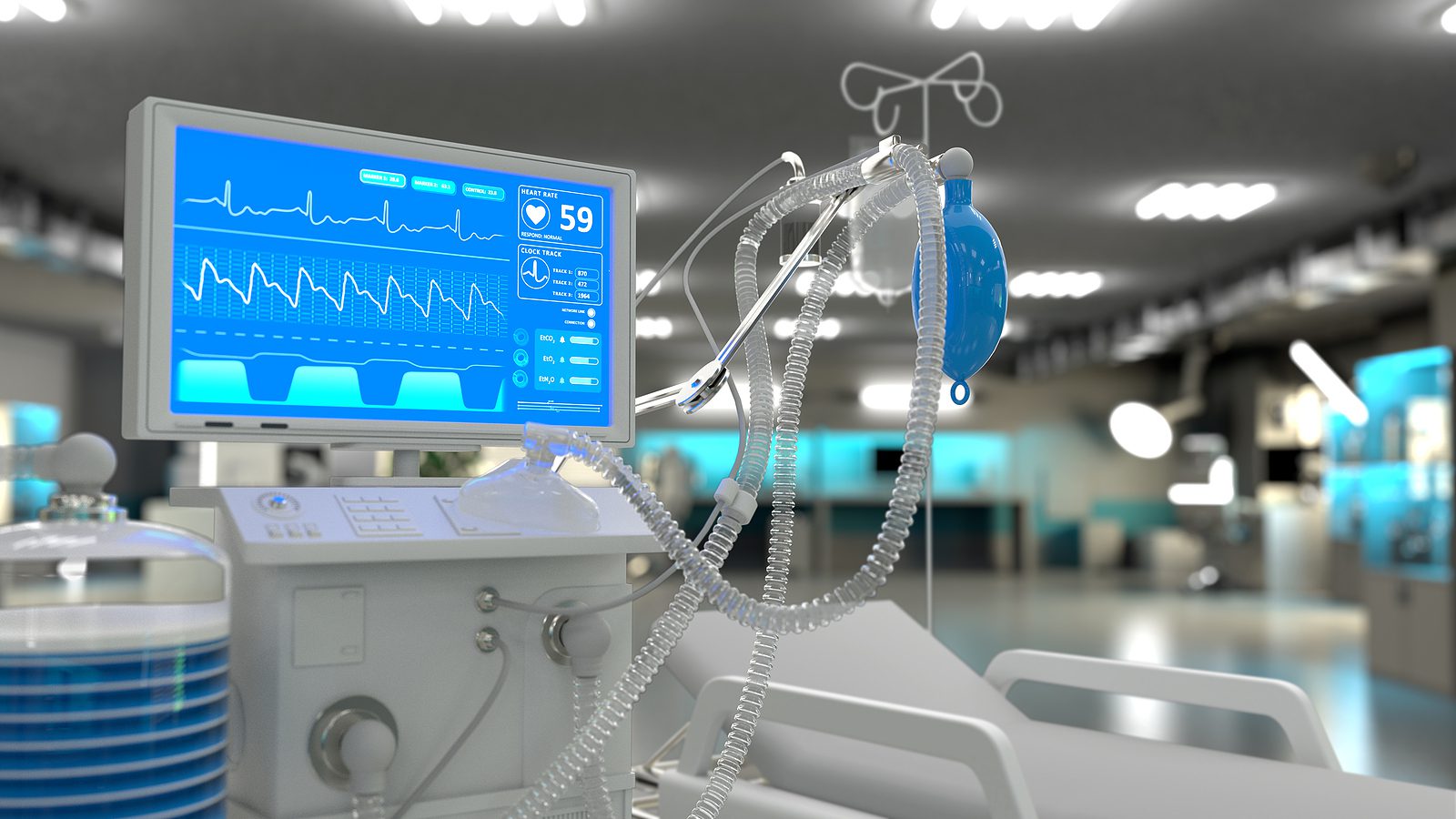 Examining the Evidence: We Can Safely Trust in God

God likes to send us reminders. We mortals may refer to them as wake-up calls, or just plain old hard times, but their purpose seems to be two-fold. First, they remind us that in spite of our free agency, we are not in complete control of all aspects of our lives. This gives us critical opportunities to develop deep faith in the Lord. A second purpose is to teach us to “let God prevail,” to be “willing to have our will swallowed up in His.” (1) This is no easy lesson. At times we may feel that the Lord is asking more of us than we can bear, but as we humbly defer to our Heavenly Father’s superior wisdom, we gradually learn that we can safely trust in Him.

In mid-December of 2020, bitter weather had me reaching for a heavy parka that I rarely wear. I slid my hands into the pockets to check for gloves, and drew out a sales receipt from the local grocery store–date of purchase: 12/16/19. An unexpected wave of emotion washed over me with the realization that on 12/16/19 I knew nothing of the COVID year ahead; had no clue that a pandemic was on the horizon; had no inkling that many aspects of life would be disrupted to an unsettling degree.

For a few moments I indulged in a pity party, thinking of the travel plans that had to be cancelled, the family gatherings that were curtailed, the wedding reception my daughter couldn’t have, the temples that were closed, and the funerals, baby blessings, and church services that were held virtually. Though I knew my family had also received great blessings during 2020, the frustration and uncertainty triggered by the pandemic were getting old. I finally released a long sigh and blinked away my tears, then went my way, unaware that my family’s real COVID struggle was yet to come.

One month later, my husband lay in the COVID isolation unit of intensive care. After nine days of illness at home and several long days in the hospital his condition had taken a frightening turn. I felt completely helpless waiting at home, not allowed in the COVID unit, so I sought out Brad’s home office and slumped in the chair at his big wooden desk just to feel a connection to him. My eyes fixed on a small stack of checks sitting by his laptop, year-end profits from Brad’s real estate investments and other business ventures.

As I sat staring at those checks, I suddenly imagined myself rushing to the bank and cashing them, then speeding to the hospital, where I would offer the money to the medical staff if they would just make Brad healthy again, immediately. At that point I was willing to drain our bank accounts, our retirement fund, and sell our home so I could bribe the respiratory therapists to stabilize my husband’s oxygen levels and clear his lungs. I knew it was a ridiculous, impossible wish, but I felt desperate to have some control over the situation–I wanted to be in charge, instead of trusting in God and His slowly unfolding will.

It took some serious prayer and pondering to reign in my emotions, but as I began to review in my mind evidence from the scriptures and from my own life that Heavenly Father is intimately aware of His children, I felt like I could breathe again. I recalled some of the tender mercies I had received–even that very day–which felt like heavenly reassurance that my family was being watched over. I was reminded of, and comforted by, this fresh evidence that God is in charge and I can safely trust in Him. “I sought the Lord, and He heard me, and delivered me from all my fears.” (Psalm 34:4)

That night as I lay in bed examining more evidence that we can trust in God, the prophet Nephi came to mind. Bound so tightly to the ship he had built according to God’s instructions, he couldn’t even move for several days. Years earlier, the Lord had immediately answered Nephi’s prayer to loosen his bands in the desert, so why not this time? Why did Nephi have to suffer for days, in a terrifying storm, with so many lives at stake? He had built the ship and brought his family aboard at the Lord’s command. Was there a moment during those excruciating hours that he felt abandoned, where he wished he was in charge instead of God? We don’t know for certain. Nephi’s account states that on the fourth day of this nightmare, when the bands were finally loosed, “…I did look unto my God, and I did praise Him all the day long; and I did not murmur against the Lord because of mine afflictions.” (1 Ne. 18:16) Perhaps by waiting several days to answer his prayers, God allowed Nephi the chance to prove to himself that he would be faithful even in the worst of times. Nephi clearly demonstrated that he trusted in his Heavenly Father.

Joseph of Egypt also came to mind, along with evidence of God’s love and plan for him. The painful personal trials Joseph’s brothers set in motion when they sold him weren’t resolved in a matter of days or even months. They lasted for years and years. The very trajectory of Joseph’s life was altered due to the cruelty of these men. Yet, when he and his brothers were finally reunited, Joseph said with conviction, “…it was not you that sent me hither, but God…[and] God meant it unto good.” (Genesis 45:8, 50:20) In spite of the injustices Joseph had suffered, the fingerprints of his mighty God were all over the story–evidence that we can safely trust in Him.

In 2015 I read a newspaper article which pointed out that the average age of the members of The First Presidency and The Quorum of the Twelve Apostles of the Church of Jesus Christ of Latter-day Saints was eighty. It was suggested that this was problematic, that perhaps those leaders should be granted Emeritus status at that ripe old age. I’m embarrassed to relate that I actually felt some concern after reading this information, wondering if the Lord was aware of this issue. Yes, I actually wondered about that for a few seconds before recognizing the ridiculousness of supposing that my omniscient, omnipotent God had somehow missed the memo and had not noticed how elderly some of his prophets and apostles were.

Thankfully, the Lord is in charge, and not overly concerned with the wisdom of man: “For my thoughts are not your thoughts, neither are your ways my ways, saith the Lord.” (Isaiah 55:8) Those who have watched ninety-six-year-old President Russell M. Nelson powerfully lead out over the past three years can say with certainty that God knows exactly who He wants to be at the helm of the Church at this time. I consider this to be significant evidence that we can safely trust in Him.

In recent days I have searched out scriptural reminders that I can safely trust in God, that in my hardest times He won’t allow anything to happen that isn’t for my good:

“Trust in the Lord with all thine heart; and lean not unto thine own understanding.” (Proverbs 3:5)

“But behold, all things have been done in the wisdom of him who knoweth all things.” (2 Nephi 2:24)

“God is our refuge and our strength, a very present help in trouble, therefore will not we fear.” (Psalm 46:1-2)

Of all the available evidence that we can trust in our God completely, this is the most compelling: “For God so loved the world, that he gave his only begotten Son, that whosoever believeth in him should not perish, but have everlasting life.” (John 3:16) The Heavenly Father who loved us enough to withdraw from His beloved Son so the Atonement of Jesus Christ would be complete is a God we can lean on with confidence. As Elder Jeffrey R. Holland states so beautifully, “My beloved brothers and sisters, please understand that He who never sleeps nor slumbers cares for the happiness and ultimate exaltation of His children above all else…He is pure love, gloriously personified, and Merciful Father is His name.” (2) The evidence is clear: we can safely trust in Him.

Sometimes our trust in God can be inconsistent--we trust him when things are going fine, but when problems arise we question whether we can trust him. Trusting God does not mean our problems will all be solved, that he will protect us from every injury, or and he will remove all our pain. It helps us to trust God when we remember Lehi's promise to his son, Jacob. Jacob had "suffered afflictions and much sorrow, because of the rudeness of thy brethren. Nevertheless...thou knowest the greatness of God; and he shall consecrate thine afflictions for thy gain." (2 NE. 2:1-2) If we are striving to follow our Savior, God has the power to consecrate all that we experience for our good. This wonderful promised miracle to each of us is something that we can hold onto during hard times.

I was recently diagnosed with cancer and have so many feelings going through my mind every day. But I have also had so many tender mercies this past month that I know the Lord is aware of me and loves me. But it’s still hard. Thank you for your words and insight It was exactly what I needed!