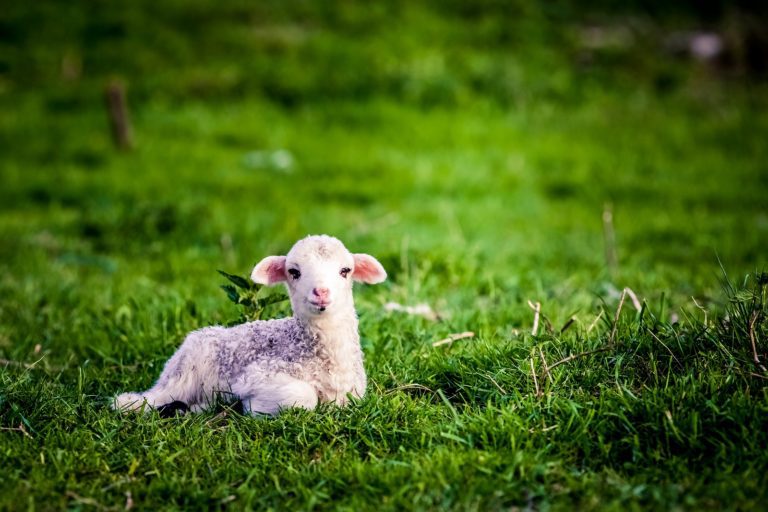 Every Lost Lamb Will Be Found

Despite our best efforts, one of our children may pass away having never abandoned his wayward ways. Is he lost? Have we failed? Not necessarily. The Lord also anticipated this eventuality, and the work of redemption goes on.

“He That Believeth in Me, Though He Were Dead, Yet Shall He Live”

To the grieving Martha, Jesus explained that the power of redemption transcends this life. The Lord’s power of redemption can reach deep within the world of spirits, offer the plan of salvation, and snatch a now-repentant, believing soul from the jaws of hell.

Consider the deeper meaning of the Lord’s words: “He that believeth in me, though he were dead, yet shall he live.”[i] Because we likely foreknew our children and their problems, and because we were called and prepared to help redeem them, it logically follows that we will be given power after death to seek them out wherever they are and to continue our work with them, even if that work requires our persistence up until the very last moment before the Resurrection.

Prior to his death, President Joseph F. Smith received a vivid vision of the world of the spirits, including its inhabitants, their condition, Jesus’ visit to them after His death, and the redeeming work that the Lord organized, as found in Doctrine and Covenants 138:53–56. Our stewardships extend into the spirit world.

For example, former prophets and righteous individuals — Adam, Eve, Abel, Seth, Noah, Shem, Abraham, Isaac, Jacob, Moses, Isaiah, Ezekiel, Daniel, Elias, Malachi, Elijah, “all these and many more, even the prophets who dwelt among the Nephites”[ii] — were taught by the Lord, and given “power to come forth . . . and continue thenceforth their labor as had been promised by the Lord.”[iii] That is, the righteous continue their work among those for whom they had stewardships upon the earth. As the revelation states:

The faithful elders [and women] of this dispensation, when they depart from mortal life, continue their labors in the preaching of the gospel of repentance and redemption, through the sacrifice of the Only Begotten Son of God, among those who are in darkness and under the bondage of sin in the great world of the spirits of the dead.[iv]

We can infer that never indicates a very long time.

President Lorenzo Snow assured us, “When the Gospel is preached to the spirits in prison, the success attending that preaching will be far greater than that attending the preaching of our Elders in this life. I believe there will be very few indeed of those spirits who will not gladly receive the Gospel when it is carried to them. The circumstances there will be a thousand times more favorable.”[vi] At another time President Snow stated,

God has fulfilled His promises to us, and our prospects are grand and glorious. . . . In the next life we will have our wives, and our sons and daughters. If we do not get them all at once, we will have them [at] some time, for every knee shall bow and every tongue shall confess that Jesus is the Christ. You that are mourning about your children straying away will have your sons and your daughters.

If you succeed in passing through these trials and afflictions and receive a resurrection, you will, by the power of the Priesthood, work and labor, as the Son of God has, until you get all your sons and daughters in the path of exaltation and glory. This is just as sure as that the sun rose this morning over yonder mountains. Therefore, mourn not because all your sons and daughters do not follow in the path that you have marked out to them, or give heed to your counsels. Inasmuch as we succeed in securing eternal glory, and stand as saviors, and as kings and priests to our God, we will save our posterity.[vii]

When Is Our Work Complete?

Redemption, whenever and wherever it takes place, is our work and the work of Jesus Christ, and that work is not complete until our sons and daughters are fully taught, understand the gospel, repent with their own agency, embrace the truth, and experience redemption through the power of the Atonement. President Joseph F. Smith said,

Jesus had not finished his work when his body was slain, neither did he finish it after his resurrection from the dead; although he had accomplished the purpose for which he then came to the earth, he had not fulfilled all his work. And when will he? Not until he has redeemed and saved every son and daughter of our father Adam that have been or ever will be born upon this earth to the end of time, except the sons of perdition.

That is his mission. We will not finish our work until we have saved ourselves, and then not until we shall have saved all depending upon us; for we are to become saviors upon Mount Zion, as well as Christ. We are called to this mission.[viii]

And President Gordon B. Hinckley confirmed the apostolic promise made by Elder Orson F. Whitney, quoting,

The Prophet Joseph Smith declared — and he never taught more comforting doctrine — that the eternal sealings of faithful parents and the divine promises made to them for valiant service in the Cause of Truth, would save not only themselves, but likewise their posterity. Though some of the sheep may wander, the eye of the Shepherd is upon them, and sooner or later they will feel the tentacles of Divine Providence reaching out after them and drawing them back to the fold. Either in this life or the life to come, they will return.

They will have to pay their debt to justice; they will suffer for their sins; and may tread a thorny path; but if it leads them at last, like the penitent Prodigal, to a loving and forgiving father’s heart and home, the painful experience will not have been in vain. Pray for your careless and disobedient children; hold on to them with your faith. Hope on, trust on, till you see the salvation of God.[ix]

The Shepherd Will Find His Sheep

Children who have received baptism and then abandon the gospel are tethered to Christ by a cord that cannot be broken. Teaching this point in the form of a question, Elder Whitney asked, “Who are these straying sheep — these wayward sons and daughters? They are children of the Covenant, heirs to the promises, and have received, if baptized, the gift of the Holy Ghost, which makes manifest the things of God.Could all that go for naught?”[x]

Then, encouraging parents to consider the eternal nature of the redemptive process and to persevere, he said, “You parents of the willful and the wayward! Don’t give them up.

Don’t cast them off. They are not utterly lost. The Shepherd will find his sheep. They were his before they were yours — long before he entrusted them to your care; and you cannot begin to love them as he loves them.”[xi]

When wayward children break our hearts by their foolish and destructive choices, we often mourn that the only option within our control is prayer, and we sometimes imagine that prayer is a weak solution for what is really needed. But to our knees is exactly where we should go.

Consider, for example, the Savior’s benediction upon his disciples even as he moved toward the pain and agony of Gethsemane and Calvary. On that very night, the night of the greatest suffering that has ever taken place in the world or that ever will take place, the Savior said, “Peace I leave with you, my peace I give unto you…. Let not your heart be troubled, neither let it be afraid” (John 14:27).

I submit to you, that may be one of the Savior’s commandments that is, even in the hearts of otherwise faithful Latter-day Saints, almost universally disobeyed; and yet I wonder whether our resistance to this invitation could be any more grievous to the Lord’s merciful heart … I am convinced that none of us can appreciate how deeply it wounds the loving heart of the Savior of the world when he finds that his people do not feel confident in his care or secure in his hands or trust in his commandments.

Just because God is God, just because Christ is Christ, they cannot do other than care for us and bless us and help us if we will but come unto them, approaching their throne of grace in meekness and lowliness of heart. They can’t help but bless us…. It is their nature.[xii]

Listen to this wonderful passage from President George Q. Cannon teaching precisely this very doctrine: “No matter how serious the trial, how deep the distress, how great the affliction, [God] will never desert us. He never has, and He never will. He cannot do it. It is not His character [to do so]. He is an unchangeable being; the same yesterday, the same today, and He will be the same throughout the eternal ages to come. We have found that God. We have made Him our friend, by obeying His Gospel; and He will stand by us. We may pass through the fiery furnace; we may pass through deep waters; but we shall not be consumed nor overwhelmed. We shall emerge from all these trials and difficulties the better and purer for them, if we only trust in our God and keep His commandments.”[xiii]

Does this promise, along with other prophetic promises, not give parents of wayward children reason to hope? Does knowing the extent of our preparation not give parents of wayward children cause to reach down inside themselves and summon the strength that resulted from that preparation? As President Lorenzo Snow said, “Our prospects are grand and glorious.”[xiv]

It is made very clear in the temple that the promises made are conditional upon obedience and ongoing repentance. While it is true that the Savior and our Heavenly Father never give up on us, there are no promises that all of our straying children will receive the blessings of the Celestial Kingdom. That is predicated upon worthiness. Receiving an inheritance in the Celestial Kingdom is not just getting to a place. It is received by becoming a true disciple of Jesus Christ--it is BEING a faithful person. It is interesting to note that we have been cautioned about making promises at funerals about what kingdom the deceased is qualified for. Only God can judge and make that determination, based on each individual, how much they understood in this life, and whether they were as faithful as they could be in their circumstances. As members of Christ's church, we should never give up hope, and continue to pray for and lovingly nourish those who have wandered away from the gospel and the church.

One of the reasons this gives me so much hope and comfort is that not only do my wife and I have some children that we are so concerned about in this regard, but also because I feel like I myself am a wayward child in so many ways. I am very sure that my parents, who are now in the 'world of spirits', find great comfort in this message as well.