Eleven Things You Probably Didn’t Know about the Book of Mormon: A New Book | Meridian Magazine 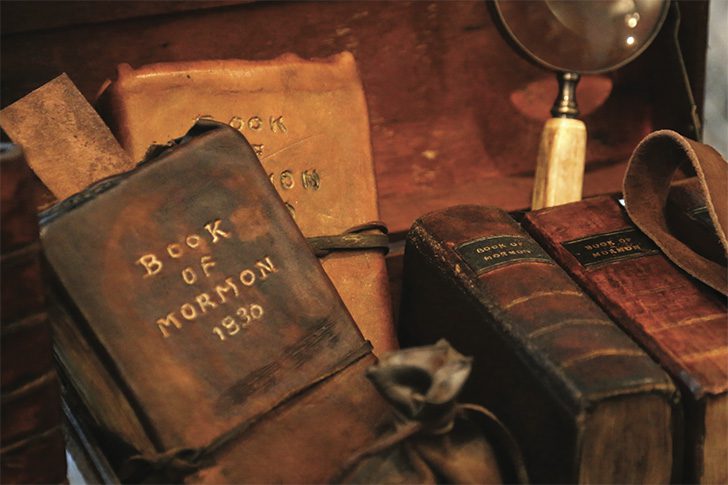 Eleven Things You Probably Didn’t Know about the Book of Mormon: A New Book

This Eleven Things lecture series I have done has been so popular I decided to make it into a series of books.  Today we release the first of those books.  I have a series of goals about these books.

First, I want to make them very approachable.  They are under 100 pages (in a standard print format) and less expensive than a standard book.

Second, I want to have fun together with the reader.  This will be a wonderful journey of discovery.  I want to excite the mind and open up new vistas of thinking that encourage further studies, readings and dedication to the Book of Mormon.

Third, those things aside, my goal, for a reader like you, is for you to learn at least five new things that you’ve never known before, even that you’ve never thought of before.  For most it will be ten or fifteen or twenty things (or more) that will be like a discovery of hidden treasures.

I’ve found that many of my institute students missed the details and many of the “ah-ha moments” that are densely packed into Holy Writ. I want you to start finding those things now.

You can order the book by CLICKING HERE.

I have to tell you a quick story (and this is in the book):

Years ago, Maurine was tasked with the responsibility of writing a series of movie scripts on the Book of Mormon. Now, when you’re going to write a movie script you have to have all kinds of descriptive details written into the story. She had to search out cultural things, patterns of building and living, manner of dress, and many different things for the script to feel authentic. So, she thought, “Who am I going to talk to about those kinds of details?” Of course, none other than Dr. Hugh Nibley.

She called him up and asked for an appointment. He said, “I don’t have time to meet with you.” But I have to interject. Truman Madsen once called Maurine the “most persuasive and least abrasive woman” he’d ever met. She can get her way into anything she wants to, and she finally convinced Dr. Nibley to let her come down. He said, “You can come down as long as you just follow me around campus.” And so, she did. She followed him around campus with a notebook and a pen. She’d ask him a complex question and he’d say, “It’s in there.” She’d ask another question and he’d say, “It’s in there! It’s in there.” What he meant is, it’s in the Book of Mormon—you’ll find it in there. That was the only answer he gave the whole hour that she interviewed him. “It’s in there!”

We came to call it “The Prego Principle”. Do you remember the Prego spaghetti sauce advertisements years ago? “It’s in there.” Well, that’s what we’re going to assume: that it’s in there and you’re going to find things in this reading that you didn’t realize were in there that are in there.

I do want you to participate in the learning process. I do want you to think. I do want you to let your mind expand. I’m assuming there will be a great deal of personal revelation
as you read and study this little book—and it may not be revelation on the topic we’re discussing. I am hoping you will learn many more things than I present. I’m assuming the Spirit will speak to you according to the things you need. The Spirit speaks in different ways to each of us. We learn through talking, through listening, through pondering, through meditation, through reading and studying; through many other different means as well.

Let me give you a little preview of some of the chapters.

Here’s a little excerpt from the first chapter which helps you see that the answers to very difficult questions are usually right in the text of the Book of Mormon.  Here’s the excerpt:

So, we have two major languages at this point, about one thousand years after their departure from Jerusalem:

It’s likely not a language that the Hebrews would understand or perhaps even recognize. It had a thousand years of reforming, alteration and change by that point.

Now, let’s explore further. How about the language of the plates of brass? What language were they written in?

Most people don’t know the answer to that question about the plates of brass.

Click here to order the book so you can find out the language of the plates of brass.

What were the items contained in the box—that had been made by Moroni—that was in the Hill Cumorah in New York.

We have interesting artists’ conceptions of the box. Some show a very small, rectangular opening, just large enough for the gold plates to fit, but is that accurate? What was in the box?

Do you realize there were eight major items in the sacred box?  And all these items were shown to the three witnesses.  Can you name all eight items?

Click here to order the book so you can know what was in the box.

Here’s a story. I was flying home from Jerusalem (Tel Aviv) one time, and I was riding on the bulkhead row where you can put your stockinged feet up on the wall if you so desire. This Israeli was sitting next to me, and I don’t know how he figured out I was a member of the Church, but he started saying something to me, and it was in Hebrew. I thought, “What is he trying to say to me?” I listened more closely and he said, “Urim and Thummim.” I said, “Excuse me?” and he said, “Urim and Thummim.” I asked, “Why are you saying that?” and he said, “Because I have gone to your ‘Mormon University’ Jerusalem Center [the BYU Jerusalem Center for Near Eastern Studies] and there, as you walk in the entrance, on the wall is engraved in Hebrew the words, ‘Urim and Thummim’. Do you know what they mean?” I said, “Of course: “Lights and perfections.” And he said, “Exactly.”

I mean, who is this guy? No matter, it was an unforgettable experience.

So, we’ve answered two questions: The words are Hebrew and they mean ‘lights and perfections.’ Most basic-Sunday-School-trained Latter-day Saints could have answered this correctly.

We know of a number of different sets of Urim and Thummim. Abraham had them; Aaron and Moses had some; the brother of Jared was given some. There are likely others. One day each of us who is faithful will be given some kind of miraculous seer stone.  Can you imagine being given some kind of seer stone—something that shines forth in darkness and emits light and has access to all the information and knowledge in the universe? Isn’t that kind of a cool thing to think about? I hold up my iPhone and I think, “I can almost imagine something like what is talked about in the scriptures…” I guarantee you that the iPhone or Galaxy or any phone is not even close to a seer stone.

Now, which set of Urim and Thummim did Joseph Smith use to aid him in the translation process?  We are told in the scriptures that answer!

Click here to order the book so you will know the correct answer.

Do you realize that many of the names in the Book of Mormon play a significant part in the story. One example is King Benjamin. “Ben” in Hebrew, of course, means “son of” and “Ben- jamin” means “son of the right hand.” He acts in his role as a righteous king, as a symbol of the Savior, who is standing on the right hand of God. Benjamin’s whole speech is about becoming a child of Christ or becoming like unto Christ.

Here’s an example of a theophoric name in the Book of Mormon:  Nephihah.  Nephi is an Egyptian name that means captain.  The -ihah is a shortened form of the name Jehovah.  So, the chief judge at the time of the 72 B.C. wars was “Captain of Jehovah” or “Jehovah’s captain.”  But the arch-enemy of the Nephites, perhaps the most treacherous character in the Book of Mormon, the antithesis of all that is good—also has a theophoric name.  Do you remember who that was?  It is none other than Amalickiah.  His name is VERY significant to the story.  And what does it mean?

Click here to order the book so you can know what the name Amalickiah means.

Hey, the book is only $6.99—just knowing the significance of this arch-enemy of the Nephites alone is worth the purchase price.

Click here to download your copy to Eleven Things so you can know what’s in the sealed portion of the plates.

This is only the beginning of this series that I’ve been working on for a long time that I’m calling: “The Eleven Things” series.

Why eleven?
Because we have eleven children! It’s in honor of them.

“Seriously?” cries one. “No,” I say. “I’m kidding (well, about the number—we do have eleven children).” But I do like the number eleven. And well, it is the eleventh hour.

Here’s my goal with all this.

Generally, if you are purchasing this eBook, you’re a self-selected student of the scriptures and likely seasoned in the scriptures, or you’re a curious student of the gospel who just thirsts for learning and wants to know more, or you unabashedly have a high degree of FOMO (Fear of Missing Out) so you want to be sure you are up to date on things you didn’t know.

CLICK HERE to order Eleven Things You Probably Didn’t Know about the Book of Mormon.

If you want detailed instructions on how to get the file onto your Kindle app, click here.

I have read that Joseph Smith translated the BofM with the use of a stone which he placed in his hat and the stone revealed the translation. I have seen a picture of the stone, which the church has in its possession, and a picture of Joseph with his face in his hat. I would like to hear the honest truth