Elder David A. Bednar on Living in Revelation | Meridian Magazine 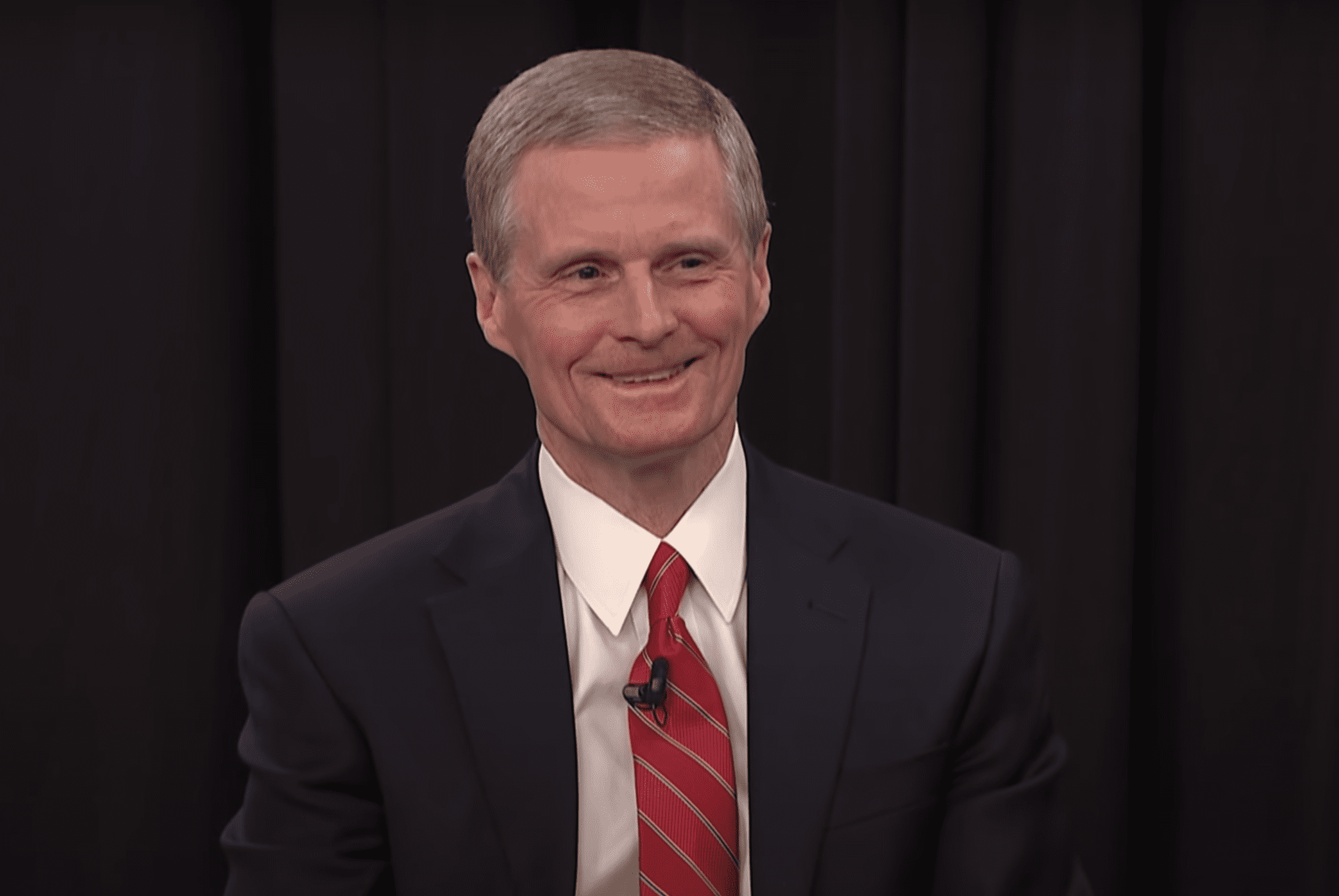 Elder David A. Bednar on Living in Revelation

Elder David A. Bednar gave some profound insights into receiving revelation at a night with a General Authority that was recorded last April 2020. He said that we should be living in revelation, instead of expect that it only comes here and there and is the rare event in our lives.

Watch this entire event here. This was a question-and-answer event, beginning with “What have you learned in your life about receiving revelation?  Below are some excerpts that may open our minds to better ways to “hear him.”

“We often make it hard on ourselves to receive personal revelation. Our covenant promise is that as we honor our covenants, we may always have the Holy Ghost to be our constant companion. But we talk about it and we treat it as if hearing the voice of the Lord through His Spirit is the rare event. That just strikes me as a little curious. It’s like we have to follow these four steps. Everywhere we turn we get formulas, we get checklists—do these four things and the Holy Ghost is going to speak to you and you’re going to hear it.  And I go, wait a minute, we shouldn’t be trying to recognize it when it comes. We should be recognizing what happens that causes it to leave.

“It ought to be with us all of the time, not every nano-second, but if a person is doing his or her best—you don’t have to be perfect—but if we are doing our best and we are not committing serious transgression, then we can count on the Holy Ghost guiding us. So, I think that sometimes we start from a disadvantage in thinking I have to gear up to recognize it when it ought to be there all the time.

“Secondly, I think in the culture of the church, especially in the western world, we seem to believe that the Holy Ghost is dramatic and big and sudden when it is still and small and incremental over time and that you don’t have to recognize that you are receiving revelation in the moment that you are receiving revelation. Because we think it has to be big, and I have to know it, we have all of these things that are just exactly the opposite of what happens when we receive revelation.

“I think Nephi is the perfect example of this model. He went, not knowing beforehand, the things which he should do. What is striking to me about that experience is writing this after it happens, so he has to look back and reflect on his experience. I don’t mean to use careless language, but in the vernacular of today, I think he was saying, “I was absolutely clueless how this was going to work.” But he goes, he goes, and as he goes he is being guided, but I am not sure he knows that in every instant that he is pressing forward and going.

“…You read [this story] over and over, but we never make the connection that what happened to him is probably how it ought to be working for us. I find members of the church who are terrified that they are going to make a mistake. Did Nephi make a mistake the first time when they drew lots? Didn’t work out, but boy did he learn a lesson—and his family. Didn’t work out when they got their gold and all their possessions, but they learned a lesson, so it doesn’t have to be big, dramatic, quick and it works every time. It’s just probably the opposite of that, but somehow…I think those assumptions get in our way.

“Many members of the Church are talking about how much revelation has come just since President Nelson has become president of the Church…The things that are coming forth now have been being worked on for years and decades. I think the perfect illustration for people is President McKay in the 1950’s in highlighting the importance of the family. In the 1950’s and 1960’s there were television programs called “Father Knows Best” and “Leave it to Beaver.” There cannot be anything more clean than this. So why in that era is President McKay emphasizing the family? Because you needed it for today and it would be 70 years too late if you were starting today…

“You feast upon the word of God so you can hear the Lord’s voice…We have to wait upon the Lord. He delivers it, we don’t demand it. We have to aware of and responsive to His timing, not our demands about timing.”

Then one woman asked a question that included this statement: “We should live our lives in such a way that we are always ready for revelation whenever the Lord is ready to pour it our upon us”.

“Not ready for. That language suggests to me—whenever it comes. No, you are living in the revelation. That phrase I think is significant. Instead of thinking, we cruise along, and [think], I’ve got to stop what I am doing now, I have to get geared up to receive revelation. You’re always in it. ‘That we may always have His Spirit to be with us.’

“Now there are people who will be extreme and think the can of beans at the grocery store. This does take a little common sense as well. But to think that somehow our daily life is divorced from the ongoing influence of the Spirit and it only comes when we gear up somehow, according to a formula, I think gets in the way and messes us up.”

“Think of how Oliver Cowdery came to become Joseph Smith’s scribe. He hears about golden plates. He hears the story about Joseph Smith and he has a desire to go meet him. Where did that come from? This is the 6th section of the Doctrine and Covenants…‘If thou wilt do good and hold faithful to the end, thou shalt be saved in the kingdom of God, which is the greatest gifts of all the gifts of God for there is no gift greater than the gift of salvation…

“So, a revelation comes through Joseph to tell Oliver that had had been inspired and was receiving revelation. “‘and now I tell thee these things that thou mayest know that thou hast been enlightened by the spirit of truth’ (Doctrine and Covenants 6:13-15). That’s what I mean by we’re in it, not just stopping to try and get it.”

This talk was something I've been thinking about a lot lately...living in the spirit and how to do that better...How thankful I am for Elder Bednar and his powerful teaching gifts and for living the things he then teaches. Thank you Meridian for your great work.

In the Book of Mormon, the Savior said and they knew it not, referring to the Lamanities, who had the Holy Ghost,but knew it not. Or it became common place.