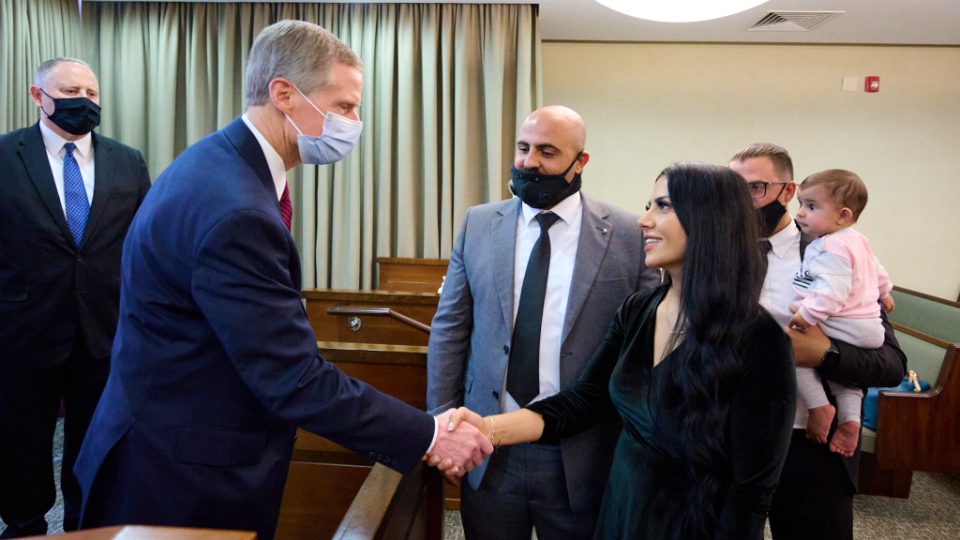 Elder David A. Bednar and his wife, Susan, concluded a week-long ministry to the Middle East, where they connected with members of The Church of Jesus Christ of Latter-day Saints in Jordan, the United Arab Emirates, and Bahrain. They also visited the general area where the announced Dubai, United Arab Emirates temple will be built.

Following a theme that Elder Bednar and Elder Gong recently discussed at a two-day conference at Brigham Young University titled “The Islamic World Today: Issues and Perspectives,” both Elder and Sister Bednar shared how much Latter-day Saints have in common with Muslims.

“We believe that the family is a central aspect of our faith; Muslims believe that also. Not for the same doctrinal reasons, but the values are identical,” Elder Bednar said.

“They are very devout. In the mornings and several times during the day you hear the call to prayer, and they pray often,” Sister Bednar added.

Elder Bednar also addressed religious persecution. “We have much more in common with Muslims than perhaps many people might expect. And unfortunately, there are some in the Church who have mischaracterized and negatively stereotyped Muslims. We are a people who know persecution, so we should not persecute those of different faiths.”

“I am most impressed by the simple faith in the Lord Jesus Christ of the Latter-day Saints in this area of the world,” Elder Bednar said. “I recognize that simple faith everywhere I go, but this is a different culture, and the members of the Church face difficulties in many aspects of their lives here. To see them press forward with such faithfulness will be a lasting memory for me.”

Sister Bednar said, “The people are amazing. And many of them have sacrificed a lot to be members of the Church. It is incredible to see the faith of the members here in this area.”