Doing Our Work While It Is Day | Meridian Magazine 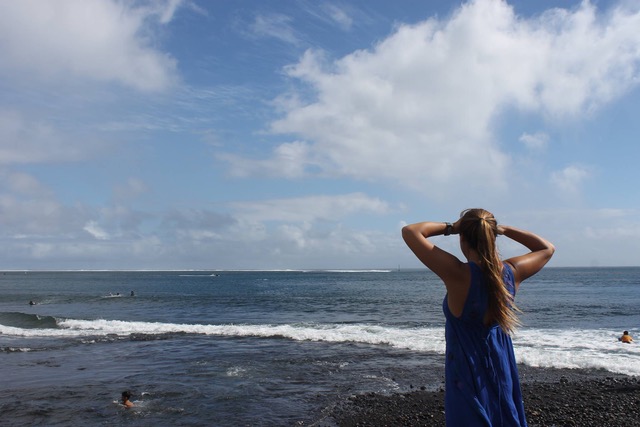 Doing Our Work While It Is Day

A curious thing happened to me in 1990. It occurred within two weeks after the death of my Grandma Anderson. A distant cousin of hers called me inquiring about my grandmother’s Rådström family line. She explained that the temple work needed to be completed. Since my sister Cheri was more familiar with these ancestors, I called her and explained the situation. Astonished, she said that a completely different cousin called her about the same thing. We laughed as we realized this was Grandma Anderson’s doing. We envisioned her standing at the Pearly Gates speaking with the Lord and acknowledging she didn’t complete the work she promised to do. Then we imagined the Lord explaining that it was still Grandma’s responsibility, and that she would need to inspire others who were still living on the earth to finish the work she began.

As with many scripture verses, the meaning of John 9:4 is not singular, but has several concepts in its words. When my Grandma Anderson died in 1990, I came to believe one of the multi-meanings of this verse applied to our specific work on the earth; the vital work and glory of God (Moses 1:39) which we took upon ourselves to do.

Nearly three decades after Grandma Anderson died, a similar incident brought this memory back to the forefront of my mind. The event involved a bucket list, a hurricane, and the generosity of a kind family.

Visiting the shores of Tahiti is likely to be an item on many peoples’ “bucket list”. But surfing the Tahitian waves of Teahupo’o, where some of the world’s heaviest and deadliest waves crest over 25 feet and crash down on a coral reef covered by a mere 20 inches of water, is less likely to score a “bucket list” hit for the common crowd. Yet, it was at the top of my daughter Rachel’s bucket list, and in the fall of 2018, at the ripe old age of twenty-two, Rachel was able to check it off.

During the summer of 2018, Rachel and Ariitaimai Teai became good friends. Every year Ariitaimai’s parents, Tamatea (“T” for short) and Maima, would take their family back to their Tahitian homeland to visit extended family. In 2018, they planned this trip in October and invited Rachel and a few friends to join them.

Yet, on September 14, 2018, just a few weeks before leaving for Tahiti, Hurricane Florence descended upon the Carolinas with 30-40 inches of rain in just two days. Our Emerald Isle, North Carolina home where Rachel lived, and where my husband Joe and I planned to move in 2019, flooded. All the walls and carpet had to be torn out, and the furniture thrown away. Many months passed by as we traveled from our residence in Maryland to North Carolina to clean out, dry out, and restore our future home; a home that was unlivable.

During this time of devastation, Joe and I found refuge with neighbors we didn’t really know at the time, but since have become close friends. Since we constantly had to travel back and forth between Maryland and North Carolina, Missy and Don de Tenley gave us a key to their home. They invited us to come and go as we needed, and provided meals, tools, and whatever else we might need which they had.

Although Hurricane Florence impacted all who lived in North Carolina, the Teai’s home weathered the storm without damage, and seeing Rachel’s dilemma of having no home, they invited her to live with them. Even with all the upheaval, damage, and uncertainty left in the wake of this hurricane, it did not hinder their plans from leaving for Tahiti. So, in early October of 2018, they left for the beautiful South Pacific Islands of Tahiti.

While learning how to use a machete to slice open a coconut, explore the black sandy beaches, and swim among the marine life in the deep, blue waters on Tahiti’s coast, the day came when Rachel, Ariitaimmai, and several others paddled out to the Teahupo’o breakline with T leading the way.

Although Rachel didn’t actually surf the wave, T gave me a glimpse of Rachel’s triumph. He explained how they all paddled the mile out to Teahupo’o, then hung out behind the breaking 6-10 foot waves of the day. Suddenly, a wave began cresting behind them. Being a “retired” (yet, active) reconnaissance Marine, T, who was used to protecting others, could only hope all of them would beat the break. They were on their own, including the least experienced surfer, Rachel.

“Rachel paddled fast and hard,” T reflected. “I wasn’t sure she would make it, and there was nothing I could do to help her. All I could do was watch. I was so proud of her as she topped the wave before it broke.”

I could imagine how helpless T felt. He was used to rescuing people in need, and as he explained, “There was nothing I could do to help her. All I could do was watch.”

Upon telling Rachel what T said and how proud he was of her, Rachel simply replied, “Mom! I was paddling for my life!” I just shook my head.

The Teai family did so much more than just take Rachel to Tahiti; they welcomed her to continue living with them upon returning to Emerald Isle. T and Maima also embraced me and my husband, Joe. After their return from Tahiti, when we came down from Maryland to repair our house, Maima and T offered us their home, cooked us wonderful meals, and completely enfolded us into their household as we got to know them and their daughters.

Being in their home, I noticed pictures of beautiful people placed on bookshelves, tables, chests, and walls. I asked Maima if these stunning people in the photos were her family. This led to discussions about her lineage and the possibility of helping Maima scan pictures and documents. I offered to help her the following fall since Joe and I planned to move to North Carolina over the summer of 2019.

During this time, I learned they had found the Light of Christ and joined the Church many years ago. Maima was baptized as a child and T was baptized after his marriage to Maima.  He converted later in life after he was taught by missionaries while stationed in Florida, unbeknownst to Maima at the time.

In mid-June of 2019, as Joe and I were in the midst of packing up and selling our Maryland home to move to North Carolina, I received a sudden, strong impression that I needed to talk to T about his family lines. Having experienced similar feelings previous to this, I knew without a doubt that someone from T’s family who “lived” on the other side of this veil of this life, was desperate to gather their people. This Teai family member lingered around me for a few days. I made a mental note to ask T about his genealogy and offer my help.

Just a few weeks after this impression, as I was visiting my sister, Cheri, in Utah, I was devastated to hear that T had been killed in action on May 27, 2019 – Memorial Day. I was stunned and my heart ached for the Teai family. I also realized it was T who had come to me hoping I could help. Immediately, I connected this experience to that of my Grandma Anderson and her efforts in trying to complete her work after passing through the veil. I made a silent promise to T that I would encourage his family to work on their lineage and see what I could do to help them gather their ancestors.

During T’s life celebration in Washington, D.C., I met many of his brothers in arms, friends, and his family, who flew in from Tahiti. Among them was T’s father. I had hoped to speak with him, but my lack of understanding French and his English prevented any conversation during our brief encounter. Yet, I do know Maima and her daughters embrace their heritage and that much of Maima’s genealogy has been traced back several generations. I believe that love for their ancestors will continue to grow and if they need my help, they will ask for it.

I am not certain of all the meanings of John 9:4, but it is clear to me I have taken upon work I promised to do and often ask the Lord to help me complete it before I leave this life. My hope is to gather my family and help others gather their family to be sealed in the holy temples of God bringing to pass the immortality and eternal life of all people (Moses 1:39).