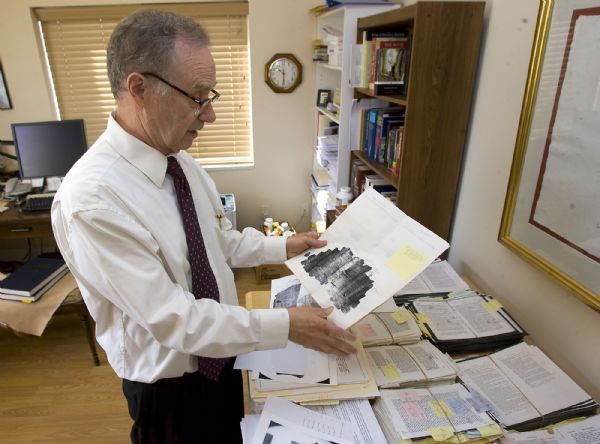 Does the Book of Mormon Contain Mistakes?

“And now if there be fault, it be the mistake of men; wherefore condemn not the things of God” (Book of Mormon Title Page, 1830 edition).

The Book of Mormon’s title page, translated by Joseph Smith,[i] ends with a rather intriguing disclaimer for a book of scripture: “And now if there be fault, it be the mistake of men. Wherefore condemn not the things of God, that ye may be found spotless at the judgment seat of Christ.”[ii]

Although the principles of the Gospel of Jesus Christ contained in the Book of Mormon remain correct, the text itself suffered some problems and difficulties not only in its initial recording by ancient prophets, but also in its transcription, typesetting, and transmission from edition to edition in the latter days.

Even so, as Wilford Woodruff recorded in 1841, “Joseph said the Book of Mormon [is] the most correct of any book on earth, and the keystone of our religion, and a man would get nearer to God by abiding by its precepts, than by any other book.”[iii]

Many have wondered how this could be if there were possible mistakes made in the book’s textual history. Latter-day Saint scholar Hugh Nibley answered this question by distinguishing between the message of the Book of Mormon and the “mechanical details” of its printing:

Joseph Smith . . . proclaimed [the Book of Mormon] the most correct book on earth. Most correct in what sense? . . . What is a “correct” book? One with properly cut margins, appropriate binding, a useful index, accurately numbered pages? Not at all; these are mere mechanical details, as are also punctuation, spelling, and even grammar—those matters about which the critics of the Book of Mormon have made such a to-do.[iv]

It seems clear that the Book of Mormon is the “most correct book on earth” because by living and applying its teachings one can come closer to God than by any other book.

In a revelation given to the Prophet in 1832, the Lord explained that members of the Church “remain under . . . condemnation until they repent and remember the new covenant, even the Book of Mormon and the former commandments which I have given them, not only to say, but to do according to that which I have written” (Doctrine and Covenants 84:57, emphasis added).

Thus, the “correctness” of the Book of Mormon, along with other holy scripture, is not to be found in any supposed mechanical or verbal perfection, but rather with the transformative power it has in correcting and guiding the lives of readers who follow its teachings.

That being said, close examination of the manuscripts and various printed editions of the Book of Mormon help readers appreciate the true integrity of its text. This kind of scholarly examination of a text is called a “critical text” analysis.

Royal Skousen, a professor of linguistics and English language at Brigham Young University, after working more than 25 years, has produced a full-fledged, multi-volume Book of Mormon critical text.[vi]

With Skousen’s work we not only get much closer to the original text of the Book of Mormon as dictated by Joseph Smith, but we can also track more closely than ever before how and when changes and mistakes were made—whether intentionally or unintentionally—when the Book of Mormon was initially copied, typeset, and printed in 1829-1830.

This textual work is useful and impressive for many reasons. To discuss all of the findings of Skousen’s voluminous work is far beyond the scope of this brief treatment. Nevertheless, broadly speaking, in addition to tracking changes in the Book of Mormon text, Skousen’s work has revealed three major findings related to the Book of Mormon text worth highlighting. As Skousen himself explained in a 2012 article:

I have concluded that there are three important findings resulting from the critical text project of the Book of Mormon. The first is that Joseph Smith received an English-language text word for word, which he read off to his scribe. The second finding is that the original English-language text itself was very precisely constructed; where textual error has occurred in its transmission, the earliest reading is usually the superior reading. The third finding is the identification of 256 changes in the text that make a difference in the meaning or in the spelling of a name, changes that would show up in any translation of the book. Ultimately, these findings have led me to the conclusion that a rigorous study of the Book of Mormon requires the most accurate text possible.[viii]

Skousen and his research collaborator Stanford Carmack have also argued that the English language of the Book of Mormon is not to be attributed to the 19th-century English of Joseph Smith’s day, but rather uses idioms from an earlier period in the development of the English language.[x]

The resulting Book of Mormon Critical Text is indispensable in helping readers understand the nature of the Nephite record and the Prophet’s translation. From historical accounts, Joseph saw and methodically dictated the words of the text to his scribe.[xi] Line-by-line evidence in the manuscript, as shown by Skousen, corroborates this historical evidence and points to this bringing forth of a “tight” translation of the text.[xii]

The critical text has been helpful not only in clarifying confusing passages that were the result of transcription errors, but also it has identified and explained places where editors have sought to make stylistic improvements in the text.

Ultimately, Skousen’s work shows that the Book of Mormon was brought forth with amazing care and consistency. This confirms what the Lord told Oliver Cowdery in June 1829, the same month as the completion of the translation of the Book of Mormon,[xv] “Behold, I have manifested unto you, by my Spirit in many instances, that the things which you have written are true; wherefore you know that they are true. And if you know that they are true, behold, I give unto you a commandment, that you rely upon the things which are written; For in them are all things written concerning the foundation of my church, my gospel, and my rock” (Doctrine and Covenants 18:2–4).

The “things which [Oliver] has written” spoken of in this passage certainly included the Book of Mormon. With Skousen’s work, Latter-day Saints have verification alongside the witness of the Spirit that they can indeed “rely” on the Book of Mormon as a credible witness and a solid scriptural foundation. “Errors have crept into the text,” Skousen acknowledges, “but no errors significantly interfere with either the message of the [Book of Mormon] or its doctrine. These textual errors have never prevented readers of the Book of Mormon from receiving their own personal witness of its truth.” As such, “all of this worry over the number of changes [in the Book of Mormon] is specious. . . . The word of God still comes through . . . the Book of Mormon despite the occasional errors in transmission.”[xvi]

The voluminous work of Royal Skousen’s critical text of the Book of Mormon can be accessed at www.bookofmormoncriticaltext.byustudies.byu.edu and the Interpreter Foundation.

For a handy summary of the most meaningful findings of the critical text project, see Royal Skousen, “Some Textual Changes for a Scholarly Study of the Book of Mormon,” BYU Studies, 51 no. 4 (2012), 99-117.

[i] JS History, 1838–1856, vol. A­–1, 34, online at https://josephsmithpapers.org/paperSummary/history-circa-june-1839-circa-1841-draft-2 (Accessed September 10, 2015). “I wish also to mention here, that the Title Page of the Book of Mormon is a literal translation, taken from the very last leaf, on the left hand side of the collection or book of plates, which contained the record which has been translated; and not by any means the language of the whole running same as all Hebrew writing in general; and that, said Title Page is not by any means a modern composition either of mine or of any other man’s who has lived or does live in this generation. Therefore, in order to correct an error which generally exists concerning it, I give below that part of the Title Page of the English Version of the Book of Mormon, which is a genuine and literal translation of the Title Page of the Original Book of Mormon, as recorded on the plates.” JSP Histories 1:352-54.

[ii] Royal Skousen, ed., The Book of Mormon: The Earliest Text (New Haven, CT: Yale University Press, 2009), 4. The singulars “fault” and “mistake” were changed by Joseph Smith to plurals “faults” and “mistakes” in the second edition of the Book of Mormon, printed in Kirtland in 1837. This comports partially with Moroni’s words in Mormon 8:17, “and if there be faults they be the faults of a man.”

[iii] B. H. Roberts, ed., History of the Church of Jesus Christ of Latter-day Saints (Salt Lake City: Deseret Book Company, 1948), 4:461. The source underlying this entry in History of the Church comes from Wilford Woodruff’s journal entry on November 28, 1841. “Joseph Said the Book of Mormon was the most correct of any Book on Earth & the key stone of our religion & a man would get nearer to God by abiding by its precepts than by any other Book.” Wilford Woodruff, Journal, November 28, 1841.

[vi] Skousen has published his work under the FARMS imprint, through the Foundation for Ancient Research and Mormon Studies, also the Neal A. Maxwell Institute for Religious Scholarship (https://publications.maxwellinstitute.byu.edu/people/royal-skousen/), and now, since September 2015, through BYU Studies.

[xi] For a recent account of Joseph’s means and methods of translation, see Michael Hubbard MacKay and Gerrit J. Dirkmaat, “Firsthand Witness Accounts of the Translation Process,” in The Coming Forth of the Book of Mormon: A Marvelous Work and a Wonder, ed. Dennis L. Largey et al. (Provo: Religious Studies Center, Brigham Young University, 2015), 61–79. Especially from Martin Harris’ accounts, the translation process included Joseph placing his seer stone into his hat, drawing the brim of the hat around his face to exclude the ambient light in the room.

[xii] Royal Skousen, “Translating the Book of Mormon: Evidence from the Original Manuscript,” in Book of Mormon Authorship Revisited: The Evidence for Ancient Origins, ed. Noel B. Reynolds (Provo, UT: FARMS, 1997), 61–93; “‘A theory! A theory! We have already got a theory, and there cannot be any more theories!’” online at https://www.youtube.com/watch?v=4V5TZKyrMqg (Accessed September 10, 2015); Skousen and Jensen, Revelations and Translations, Volume 3, Part 1, xvii–xxv. The exact “tightness” of the translation of the Book of Mormon, and all that it entails, remains open for discussion.

[xiii] The Book of Mormon: An Account Written by the Hand of Mormon, upon Plates Taken from the Plates of Nephi (Kirtland, OH: P. P. Pratt and J. Goodson; printed by O. Cowdery & Co., 1837).

[xiv] See the analysis of this passage in Royal Skousen, Analysis of Textual Variants of the Book of Mormon: Part One: 1 Nephi 1–2 Nephi 10 (Provo: FARMS, 2004), 33. This series is available online for free at https://www.mormoninterpreter.com/announcing-the-online-edition-of-royal-skousens-analysis-of-textual-variants-of-the-book-of-mormon/ (Accessed October 22, 2015).