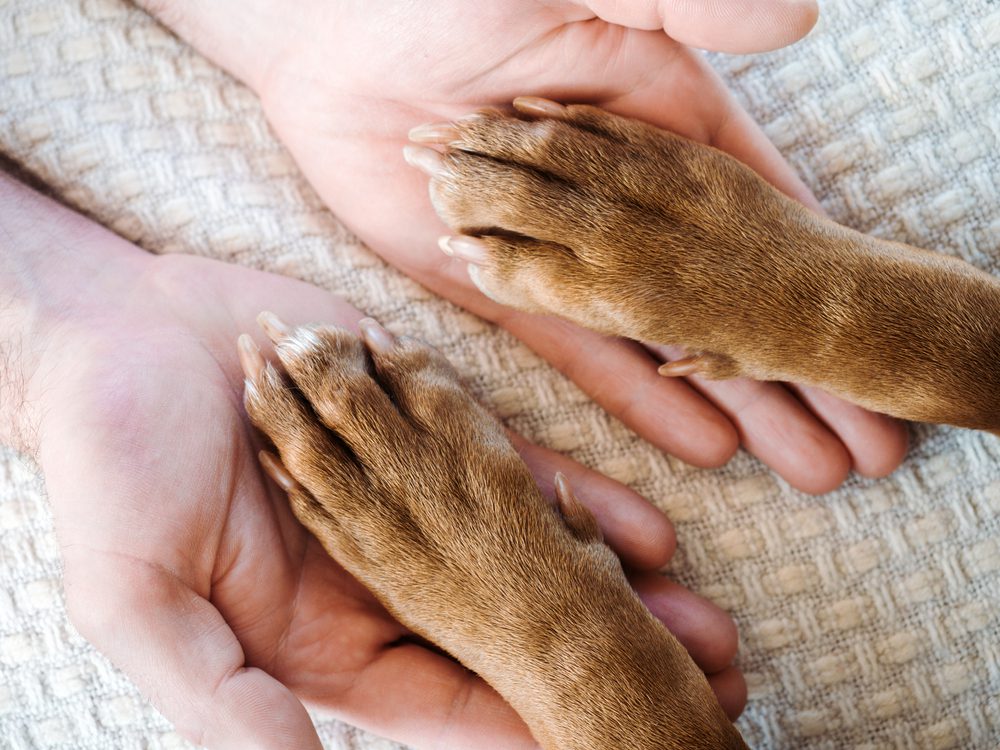 The following is part two of a two-part story. To see part one, CLICK HERE.

Gary had seen how the patients at the nursing home responded to the visit from his little dog, Bo. Since the director told him that dogs weren’t allowed, he decided to call the owner and share the effect the little dog had. But when he called, the secretary wouldn’t let him speak to the owner. So he left a detailed message with her, doubting anything would come of it.

A couple of days later, as he was finishing breakfast, there was a knock at his door. Gary opened it, and to his surprise, there stood the owner of the nursing home. He had traveled more than a hundred miles to check out the story he had heard of the little dog. Bo, always friendly and tail-wagging, went to greet the man.

“Is this the little dog?” the nursing home owner asked.

Gary nodded. “If I lock him up, he’ll find a way to escape and sneak over there.”

Gary quickly called into work that he’d be late. Then he opened the door for Bo. Bo trotted out and headed toward the nursing home. It was all the two men could do to keep up. When Bo got to the back gate leading into the courtyard, he stood on his back paws, and, stretching as far as he could, lifted the latch with a front paw.

Bo trotted to the back door, scratched on it, and whimpered. Gary assumed residents had been letting Bo in, but this time, the nursing home director opened the door. Seeing Gary and Bo, she said, “I thought I told you it was against the rules to. . .” Suddenly, she saw the nursing home owner and stopped.

“Yes, sir,” she replied and swung the door open wide.

Bo trotted in as if it were his personal domain and went to the first door. A lady in a wheelchair was sitting there. She smiled when she saw Bo. “Fluffers, you came to visit?”

“Fluffers?” Gary wondered. He soon learned that almost half of the residents called Bo by the name of a childhood dog. Probably to them, he personified a wonderful memory.

Bo jumped on the lady’s lap and stayed for a time as the lady petted him while he nuzzled her hand. After a while, he jumped down to go to the next room. “You come back, now,” the lady said.

Bo went to every room, crisscrossing back and forth across the hall. The two men, trailed by the director and most of the staff, followed him.

In one room there was a lady who had had an accident followed by a stroke. She had limited motion in her legs and one arm, but could not turn her head, speak, or use any facial muscles. She just stared blankly into space. Bo jumped up on the bed beside her.

Though she couldn’t turn to see him, she must have sensed Bo was there. She slowly moved her one mobile arm and brought her hand to rest on Bo’s head. Then, slowly, she stroked his back. As she did, even though she couldn’t smile or show expressions, her whole countenance brightened. Gary thought he might even have seen the slightest smile.

Bo stayed there for quite a while, and when he went to the next room, the nursing home owner turned to the director. “I know I have a no-animal policy, except for service animals. But as far as I am concerned, this little dog does more service and brings more happiness to these people than the rest of us combined. You let that little dog in with free rein anytime he wants.”

Gary learned she really liked Bo. She was just following the rules. And from then on, every day when Gary left for work, he opened the door for Bo to go to work, too. Bo would go to the nursing home all day. Everyone started calling him Dr. Bo and would say, “Dr. Bo is here to make his rounds.”

Bo never missed a day until God called him home. When that day came, Gary missed his little friend and missed seeing Bo wagging his tail on his way down the street to the nursing home. But he imagined that in heaven, a multitude of Bo’s friends who had preceded him there were waiting to greet him and noise it around heaven that Dr. Bo had come and was ready to make his rounds again.