Do You Write Anything Down Anymore? | Meridian Magazine 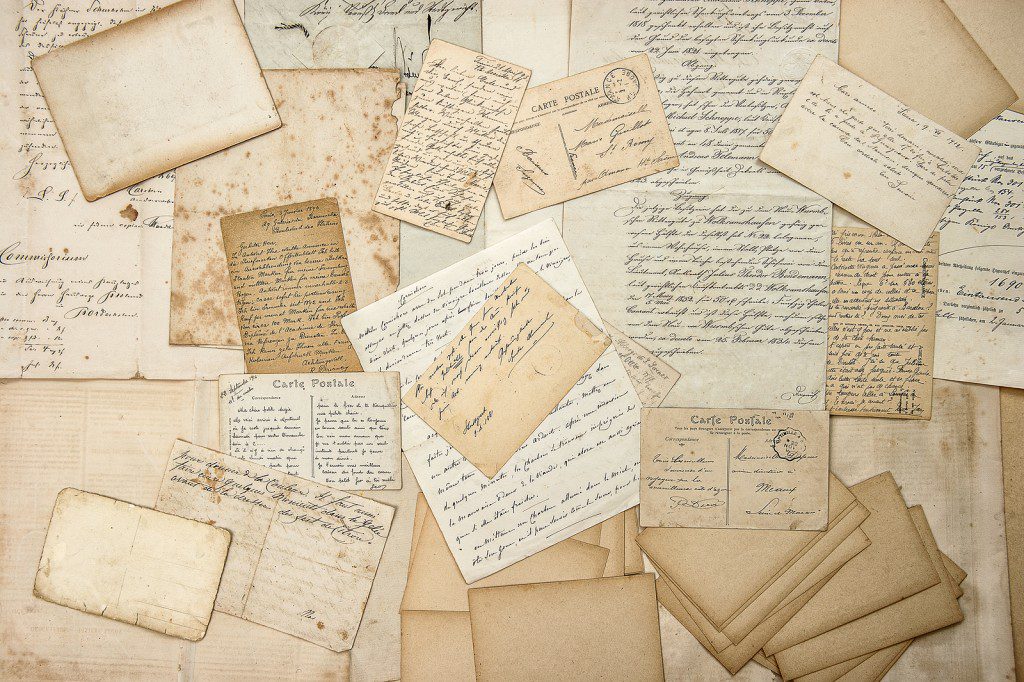 Do You Write Anything Down Anymore?

Latter-day Saints love history. At least most of us do. We love knowing that America was preserved by the hand of the Lord, to become the only nation where freedom of religion could permit a prophet to usher in the restoration of Christ’s original gospel. We feel a special affinity for America’s forefathers, knowing God’s hand was in the founding of the United States.

We also enjoy recounting our pioneer history, and honoring the valiant saints who made such huge sacrifices when our church was still new. We identify with every persecuted group in history, who held firm to their values and faith despite enormous adversity.

We love ancient history, and appreciate Biblical accounts of prophets who paved the way and taught their followers how to recognize the Messiah. We also study the politics and customs of the times, shedding light on Christ’s ministry and the subsequent spread of Christianity, followed by a sweeping apostasy that necessitated a restoration.

And we cherish family history, the gathering not only of names and dates, but the stories of our ancestors. Computers have launched this effort into the stratosphere, as we pore over millions of names, and find records unavailable in years past.

But not all of us are fully converted to the other side of history—the part that hasn’t happened yet. Yes, history goes backward for thousands of years. But it also goes forward—so even though we have ancestors, we also have unknown future descendants. That’s the history I want to talk about today.

For decades we’ve been urged to keep journals, to write our feelings and testimonies, not only for the present benefit to us as the writer, but for future generations who could gain insights and inspiration from our stories.

How many times, in the Book of Mormon, do we read about the importance of preserving records and making an account? The sacred task of keeping a written record is passed from one prophet to another, and repeatedly the writers bear testimony of its importance. Without recording histories and traditions, they become utterly lost. In Omni 1:17 we read “…their language had become corrupted; and they had brought no records with them; and they denied the being of their Creator; and Mosiah, nor the people of Mosiah, could understand them.” When any people rely solely upon oral histories, without a written record, important truths and values usually get lost. The stories get altered with each telling, and eventually they may stop getting told altogether.

And many members are diligent, journaling every day, whether by hand or online. Then there are the rest of us, those who worry that their lives aren’t exciting enough, that they have nothing to add to what’s already been said. For many, it seems like a lot of work, or they can’t decide where to begin.

But I think another obstacle is actually the fluidity and speed of the computer. Instead of making it easier, it has become a place where we save and pin the things we like, we dash off quick emails (or texts), we post photos with little captions, and life becomes a jumble of recipes, selfies, jokes, tweets, and memes. Jotting a letter to a relative, or writing a thank-you note, has become as quaint as calling cards and buggy rides. A quick text (Thx!) sums it up. We have the illusion of leaving a record of our daily doings, but it’s as if we’re skipping stones: We don’t really get below the surface.

I have three documents from my paternal grandmother. One is her hand-written recipe for Lemon Curd, one is a letter she wrote my father on his mission, and one is her conversion story as a young girl in England. That’s it. Oh, how I cherish every word. She may never have realized how valuable even a recipe could be, but I picture her hand sweeping across the card as she wrote, imagining the same delicious tarts I make for my family today. And there’s something about seeing her actual handwriting that makes it even more of an heirloom, a little piece of herself. A typed version wouldn’t have the same personality and wouldn’t capture the bygone era like seeing her confident cursive.

I recently came across some letters I wrote in high school. The slope of my manuscript, the skinny margins, even the way I formed some of the letters—these details actually captured my personality at the time. A typed version wouldn’t be the same. So I’m urging all of us to take a moment and hand write a few things to save for those who will one day read and cherish your words. It could be your testimony, a note of gratitude, a funny observation, or a little scrawl on a printed recipe saying when you served it and why. But it will give depth and reality to the feeling of family that one of your descendants may have. It might remind them of themselves, or get framed as a cherished piece of memorabilia.

Yes, computers make family history bigger and better than ever. But let’s not be so rushed at the keyboard that we forget to take pen in hand, and jot down a few of our most heartfelt hopes and feelings. There seems to be more authenticity, more value in the time it takes to hand-write a message. Or maybe it’s just an extra measure of love.

I have kept handwritten journals (I write every single day) since 1976, at least 25 volumes. My grandson (20 years old) says he wants them when I die, that's so sweet of him but he can't read cursive. What a shame he wasn't taught in school. I too have one handwritten recipe my mother wrote and I treasure it. Your articles are so dear to me and like another commented we have enjoyed your writing for years. Read your books out loud on vacations so we could all enjoy your humor. You are a treasure!

Joni, My sweetheart and I have laughed and enjoyed your writing for many years. Thanks. I have thought of this same thing over the last year or so. a couple of months ago I added a couple lines to my bucket list: a) write a letter to each of my children once a month (usually fast Sunday). b) write a letter to each of my brothers as least once per quarter. I have more siblings than children and less advice to give as well as one son is on a mission so his is easy. The art of letter writing is fast becoming archaic. Very sad. Oh, and these letters don't take the place of nearly daily texts and phone calls. and for writing to my sweetheart....I got the idea when we read a book called "Wednesday Letters"