Do We Have Non-Biblical Evidence that Jesus Existed? | Meridian Magazine 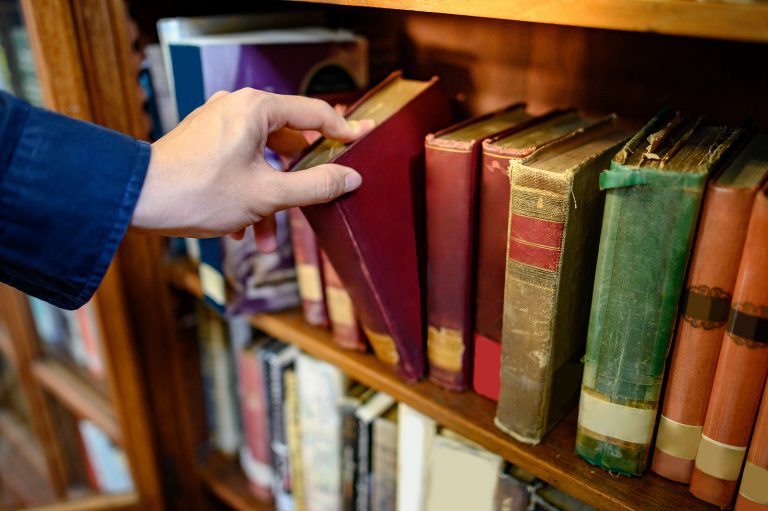 Do We Have Non-Biblical Evidence that Jesus Existed?

The gap between social and economic classes may be more distinct in the United Kingdom than in the United States; certainly it was so several generations ago.  That should be remembered when considering one of C. S. Lewis’s great essays, “God in the Dock.”

Not long after the end of the Second World War, Lewis had the opportunity to speak to a group of Royal Air Force mechanics, intelligent but working-class men, certainly not members of Lewis’s own Oxford/Cambridge educational elite.  “God in the Dock”—roughly equivalent, in American English, to “God on Trial”—reflected on that experience with the R.A.F.  One thing that he learned from the mechanics, Lewis said,

“Was that the English Proletariat is sceptical about History to a degree which academically educated persons can hardly imagine. This, indeed, seems to me to be far the widest cleavage between the learned and the unlearned. The educated man habitually, almost without noticing it, sees the present as something that grows out of a long perspective of centuries. In the minds of my R.A.F. hearers this perspective simply did not exist. It seemed to me that they did not really believe that we have any reliable knowledge of historic Man. But this was often curiously combined with a conviction that we knew a great deal about Pre-Historic Man: doubtless because Pre-Historic Man is labelled “Science” (which is reliable) whereas Napoleon or Julius Caesar is labelled as “History” (which is not). Thus a pseudo-scientific picture of the “Caveman” and a picture of “the Present” filled almost the whole of their imaginations; between these, there lay only a shadowy and unimportant region in which the phantasmal shapes of Roman soldiers, stage-coaches, pirates, knights in armour, highwaymen, etc., moved in a mist. I had supposed that if my hearers disbelieved the Gospels, they would do so because the Gospels recorded miracles. But my impression is that they disbelieved them simply because they dealt with events that happened a long time ago: that they would be almost as incredulous of the Battle of Actium as of the Resurrection—and for the same reason.”

That passage came forcefully to mind when, about three weeks ago, a new and aggressively ill-tempered commenter showed up on my blog—an atheist from the age of eleven, he said—to attack Joseph Smith and the witnesses of the Book of Mormon.  It soon became apparent that he knew essentially nothing about either subject, so his criticisms were misguided and uninteresting.  Along the way, though, he informed me that Jesus and all the other biblical characters mentioned in the Bible had been invented out of whole cloth—he seemed to believe that they were created by the Nicene Council in the early fourth century.

That’s an extreme claim, and he put it in the most extreme form that he could.  I doubt that there’s a single serious scholar of the subject, anywhere in the world, believer or unbeliever, who would back him.  But a milder related skepticism sometimes appears among the general irreligious public, and it’s probably worth addressing.  Accordingly, I was pleased to see a new article by Lawrence J. Mykytiuk, “New Testament Religious Figures Confirmed,” appear in the Summer 2021 issue of the “Biblical Archaeology Review” (BAR).

It is the latest in a series of five related and very relevant articles published in BAR by Dr. Mykytiuk, who holds a Ph.D. in Hebrew and Semitic Studies from the University of Wisconsin at Madison.  He recently retired from the library at Purdue University in Indiana, where he retains a courtesy appointment as an Associate Professor of History.

Since 2014, Mykutiuk has presented archaeological and ancient extrabiblical textual evidence for fifty-three individuals in the Hebrew Bible or Old Testament, and for twenty-three political figures from the New Testament, as well as for Jesus himself.  In this latest article, Dr. Mykytiuk also looks for corroboration beyond Christian texts, seeking to discover whether roughly contemporary sources mention any of the specifically religious figures in the New Testament.

Political characters, he observes, are usually easier to confirm than purely religious ones, since rulers and politicians have a “strong self-interest in setting up imposing stone monuments and minting coins to make their own rule, wealth, power, and glory seem permanent and invincible.”  Ancient physical evidence rarely if ever remains for religious figures, who generally weren’t in a position to mint coins or commission statues and may have felt little or no need for such things.

“Still,” Mykytiuk writes, “we have non-Christian evidence for at least seven religious figures of the New Testament: Jesus of Nazareth . . . and at least six more, who appear in the Jewish historian Flavius Josephus’s “Jewish Antiquities,” in his “The Jewish War,” in his autobiographical “The Life of Josephus,” or in the earliest part of the Talmud, the Mishnah.”

Mykytiuk’s methodology is conservative, which ultimately builds confidence in his conclusions.  Thus, considering the case of the high priest Jonathan, son of Ananus, son of Seth, who may appear at Acts 4:6, he sees “reasonable potential” for confirmation, but, for now, pronounces Jonathan merely “Almost Real.”  He also dismisses the famous “James Ossuary,” which was first published in 2002.  Although its inscription—“Jacob, son of Joseph, brother of Yeshua‘ (Jesus)”—is tantalizing, the ossuary’s provenance is unknown, and the authenticity of both the box itself and its inscription remain uncertain.

“To make a firm identification,” he writes, “one must interpret ancient writings outside the Bible by other such writings, not the Bible, and make sure that: (1) sources are genuine, not forged or unreliable; (2) the time-and-space setting of the person in the ancient writing matches the setting of the person in the Bible; and (3) marks of an individual, such as name, father’s name, title, or work location, distinguish two different people from each other and avoid the impression they are one and the same.”

So who are the six figures for whom Dr. Mykytiuk provides confirming extrabiblical information in this new article?

Not unexpectedly, given his centrality in the Christian story and to the Christian movement, Jesus is found in an even wider range of ancient extrabiblical sources, including the “Annals” of the Roman historian Tacitus, the “Jewish Antiquities” of Flavius Josephus, the anti-Christian polemicist Celsus’s “On the True Doctrine,” and Lucian of Samosata’s “Passing of Peregrinus.”

Summarizing his work, Dr. Mykytiuk concludes that “The number of confirmed figures from the New Testament now consists of at least seven religious figures (Jesus and the six above), plus 23 political figures—currently 30 in all.  When added to the documented 53 real people in the Hebrew Bible, we arrive at a grand total of 83 real Bible people—for now.”

Of course, such documentation doesn’t prove that Jesus really rose from the dead or atoned for our sins, let alone that God delivered the children of Israel from Egyptian bondage or delivered the Law to Moses on Mount Sinai.  However, given the fact that most people, both anciently and still today, live and die without leaving much if any trace of their existence, such evidence is far from nothing.  It points powerfully to the historicity of the Bible and at least somewhat strengthens the case for considering its theological claims.

“For,” says 2 Peter 1:16, “we have not followed cunningly devised fables, when we made known unto you the power and coming of our Lord Jesus Christ, but were eyewitnesses of his majesty.”

The claims of the gospel of Jesus Christ and of the latter-day Restoration aren’t mere vague metaphysical musings.  They rest upon, and are firmly anchored in, real history in the real world.  Christianity rises or falls with a small number of basic historical assertions:  “The fundamental principles of our religion,” declared the Prophet Joseph Smith, “are the testimony of the Apostles and Prophets, concerning Jesus Christ, that He died, was buried, and rose again the third day, and ascended into heaven; and all other things which pertain to our religion are only appendages to it.”

Or, as C.S. Lewis put it in another essay,

“The heart of Christianity is a myth which is also a fact. The old myth of the Dying God, without ceasing to be myth, comes down from the heaven of legend and imagination to the earth of history. It happens — at a particular date, in a particular place, followed by definable historical consequences. We pass from a Balder or an Osiris, dying nobody knows when or where, to a historical Person crucified (it is all in order) under Pontius Pilate. By becoming fact it does not cease to be myth: that is the miracle.”

C. S. Lewis’s “God in the Dock” and “Myth Became Fact” are often bound together under the former title.

If Christ and his atonement happened , than everything in existence has meaning, on the other hand, if Christ and the atonement did not happen, then everything will just be ashes. Thanks for the wonderful article.

Thank you. I suppose it can reasonably be said that the ignorant have no difficulty justifying themselves to the ignorant.