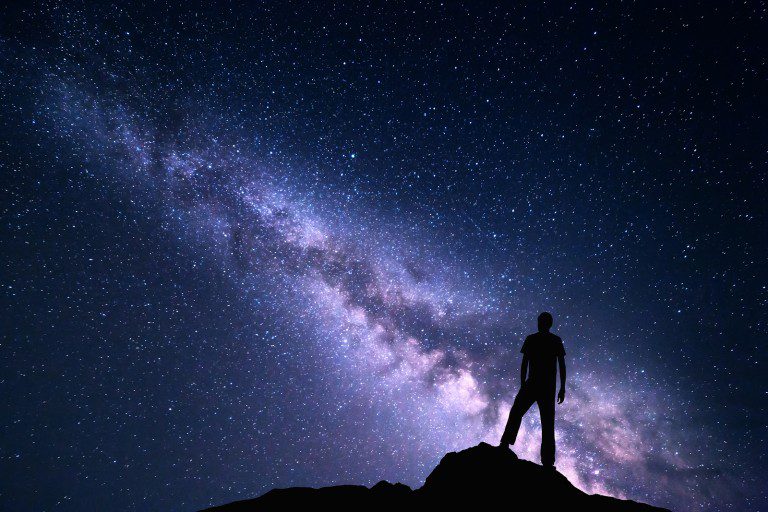 Do Latter-day Saints believe that men and women can become gods?

Members of the Church of Jesus Christ of Latter-day Saints believe that human beings can grow and progress spiritually until, through the mercy and grace of Christ, they can inherit and possess all that the Father has—they can become gods. This is taught in revelations given to modern prophets (see D&C 76:58; 132:19—20), as well as in sermons delivered by Joseph Smith.9 A couplet written by Lorenzo Snow, fifth president of the LDS Church, states:

This doctrine is generally referred to as deification, and the LDS expression of this doctrine is often misrepresented and misunderstood. Latter-day Saints do not believe that human beings will ever be independent of God, or that they will ever cease to be subordinate to God. They believe that to become as God means to overcome the world through the atonement of Jesus Christ (see 1 John 5:4—5; Revelation 2:7, 11). Thus the faithful become heirs of God and joint heirs with Christ and will inherit all things just as Christ inherits all things (see Romans 8:17; Galatians 4:7; 1 Corinthians 3:21—23; Revelation 21:7). They are received into the “church of the firstborn,” meaning they inherit as though they were the firstborn (see Hebrews 12:23). There are no limitations on these scriptural declarations; those who become as God shall inherit allthings. In that glorified state they will resemble our Savior; they will receive his glory and be one with him and with the Father (see 1 John 3:2; 1 Corinthians 15:49; 2 Corinthians 3:18; John 17:21—23; Philippians 3:21).

The doctrine of the deification of man is not an exclusive teaching of the restored Church of Jesus Christ. Rather, it can be found in early Christian history. In the second century, Irenaeus, bishop of Lyons (about A.D. 130—200), the most important Christian theologian of his time, said much the same thing as Lorenzo Snow:

If the Word became a man, It was so men may become gods.11

Do we cast blame on him [God] because we were not made gods from the beginning, but were at first created merely as men, and then later as gods? Although God has adopted this course out of his pure benevolence, that no one may charge him with discrimination or stinginess, he declares, “I have said, Ye are gods; and all of you are sons of the Most High.” . . . For it was necessary at first that nature be exhibited, then after that what was mortal would be conquered and swallowed up in immortality.12

At about the same time, Clement of Alexandria (about A.D. 150—215) wrote: “Yea, I say, the Word of God became a man so that you might learn from a man how to become a god.”13 Clement also said that “if one knows himself, he will know God, and knowing God will become like God. . . . His is beauty, true beauty, for it is God, and that man becomes a god, since God wills it. So Heraclitus was right when he said, ‘Men are gods, and gods are men.’”14

Still in the second century, Justin Martyr (about A.D. 100—165) insisted that in the beginning men “were made like God, free from suffering and death,” and that they are thus “deemed worthy of becoming gods and of having power to become sons of the highest.”15 Athanasius, bishop of Alexandria (about A.D. 296—373), also stated his belief in deification in terms very similar to those of Lorenzo Snow: “The Word was made flesh in order that we might be enabled to be made gods. . . . Just as the Lord, putting on the body, became a man, so also we men are both deified through his flesh, and henceforth inherit everlasting life.”16 On another occasion Athanasius observed: “He became man that we might be made divine.”17 Finally, Augustine of Hippo (A.D. 354—430), the greatest of the early Christian Fathers, said: “But he himself that justifies also deifies, for by justifying he makes sons of God. ‘For he has given them power to become the sons of God’ [John 1:12]. If then we have been made sons of god, we have also been made gods.”18

All five of the above writers were not just orthodox Christians, but also in time became revered as saints. Three of the five wrote within a hundred years of the period of the apostles, and all five believed in the doctrine of deification. This doctrine was a part of historical Christianity until relatively recent times, and it is still an important doctrine in some Eastern Orthodox churches. One writer states that a fundamental prin-ciple of orthodoxy in the patristic period was recognizing “the history of the universe as the history of divinization and salvation.” As a result the early Christian Fathers concluded that “because the Spirit is truly God, we are truly divinized by the presence of the Spirit.”19

The Westminster Dictionary of Christian Theology contains the following in an article titled “Deification”:

The language of II Peter is taken up by St Irenaeus, in his famous phrase, ‘if the Word has been made man, it is so that men may be made gods’ (Adv. Haer V, Pref.), and becomes the standard in Greek theology. In the fourth century St Athanasius repeats Irenaeus almost word for word, and in the fifth century St Cyril of Alexandria says that we shall become sons ‘by participation’ (Greek methexis). Deification is the central idea in the spirituality of St Maximus the Confessor, for whom the doctrine is the corollary of the Incarnation: ‘Deification, briefly, is the encompassing and fulfillment of all times and ages,’ . . . and St Symeon the New Theologian at the end of the tenth century writes, ‘He who is God by nature converses with those whom he has made gods by grace, as a friend converses with his friends, face to face.’ . . .

Finally, it should be noted that deification does not mean absorption into God, since the deified creature remains itself and distinct. It is the whole human being, body and soul, who is transfigured in the Spirit into the likeness of the divine nature, and deification is the goal of every Christian.20

In short, whether one accepts or rejects the doctrine of the deification of man, it was clearly a part of mainstream Christian orthodoxy for centuries. Joseph Smith obviously did not make it up. Instead, Latter-day Saints believe, it is an eternal truth restored through modern prophets.

In the LDS view, those who are worthy will receive the full divine inheritance only through the atonement of Christ and only after having received a glorious resurrection. Closer to the Latter-day Saint understanding of the doctrine are the views expressed by C. S. Lewis, whose genuine Christianity is virtually undisputed: “It is a serious thing to live in a society of possible gods and goddesses, to remember that the dullest and most uninteresting person you talk to may one day be a creature which, if you saw it now, you would be strongly tempted to worship.”21

In a fuller statement of this doctrine of deification, Lewis explained:

The command Be ye perfect is not idealistic gas. Nor is it a command to do the impossible. He is going to make us into creatures that can obey that command. He said (in the Bible) that we were “gods” and He is going to make good His words. If we let Him—for we can prevent Him, if we choose—He will make the feeblest and filthiest of us into a god or goddess, dazzling, radiant, immortal creature, pulsating all through with such energy and joy and wisdom and love as we cannot now imagine, a bright stainless mirror which reflects back to God perfectly (though, of course, on a smaller scale) His own boundless power and delight and goodness. The process will be long and in parts very painful; but that is what we are in for. Nothing less. He meant what He said.22

God and Christ are the objects of LDS worship. Even though Mormons believe in the ultimate deification of man, nothing in LDS literature speaks of worshipping any being other than the Father and the Son. Latter-day Saints believe in “one God” in the sense that they love and serve one Godhead, each member of which possesses all of the attributes of godhood.

Since the scriptures teach that those who gain eternal life will look like God, receive the inheritance of God, receive the glory of God, be one with God, sit upon the throne of God, and exercise the power and rule of God, then surely it cannot be un-Christian to conclude with C. S. Lewis and others that such beings as these can be called gods, as long as we remember that this use of the term gods does not in any way reduce or limit the sovereignty of God our Father. That is how the early Christians used the term; it is how C. S. Lewis used the term; and it is how Latter-day Saints use the term and understand the doctrine.

10. President Snow often referred to this couplet as having been revealed to him by inspiration during the Nauvoo period of the church. See, for example, Deseret Weekly, 3 November 1894, 610; Deseret Weekly, 8 October 1898, 513; Deseret News, 15 June 1901, 177; and Journal History of the Church, Historical Department, Church of Jesus Christ of Latter-day Saints, Salt Lake City, 20 July 1901, 4.

13. Clement of Alexandria, Exhortation to the Greeks, 1.

18. Augustine, On the Psalms, 50.2. Augustine insists that such individuals are gods by grace rather than by nature, but they are gods nevertheless.

22. Lewis, Mere Christianity, 174—75. For a more recent example of the doctrine of deification in modern, non-LDS Christianity, see M. Scott Peck, The Road Less Traveled(New York: Simon and Schuster, 1978), 269—70: “For no matter how much we may like to pussyfoot around it, all of us who postulate a loving God and really think about it eventually come to a single terrifying idea: God wants us to become Himself (or Herself or Itself). We are growing toward godhood.”

In the gospel of John Jesus stated that he was doing all the things he had seen his Father doing i.e. preach the gospel, call people to repentance, perform miracles etc. When did the Father do these things? Think about it.

Well written. Clear, concise, accurate and direct. Once again, Dan, you nailed it.