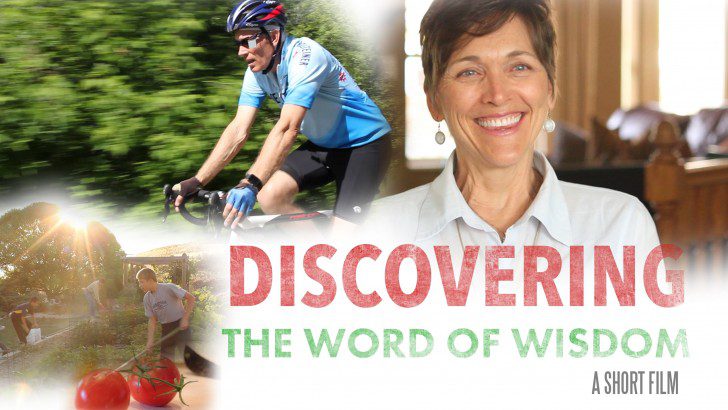 Last week I introduced a newly-released video I’ve produced on the Word of Wisdom, “Discovering the Word of Wisdom: A Short Film.” This video shows faithful Latter-day Saints receiving blessings by embracing the wholesome foods the Lord has ordained for our use. I’m hoping more Latter-day Saints will find the joy of heeding this divine wisdom. This counsel may not come by way of “commandment or constraint” (vs. 2), but it does come with promised blessings (see D&C 89:18–21). I hope you will enjoy this film and also share it with many others!

This week I share two extra videos that go along with the short film. These videos feature the stories of two of the couples in the short film. In each video, the couples describe their journey of transitioning to a whole food, plant-based Word of Wisdom diet.

Orva Johnson’s story begins with a colicky baby and the discovery that her cutting out dairy consumption gave her baby peace. This led to further discoveries of the benefits of a whole food, plant-based diet and the realization that eating this way automatically solved any weight issue and made her feel great. But while she was doing well on this diet, her husband and their nine children did not join her.

Orva’s husband Paul was healthy at 46 when his health took a sudden nosedive. His kidneys were throwing out all of his calcium, and his bones were disappearing! When nothing the doctors did worked, he was finally convinced to try his wife’s whole food, plant-based diet. As a result, he shocked his doctor by curing himself!

You can also read their printed stories here:

Vic Johnson is also featured in “Discovering the Word of Wisdom: A Short Film.” You can find his printed story here:

See also printed stories from some of Paul and Orva’s children and Orva’s sister:

The Jones family converted to a whole food, plant-based diet after watching the amazing documentary, “Forks Over Knives.” (If you have not seen this documentary, I highly recommend it!). Michelle’s husband, Shane, came home from work that day with the surprising news that his family had decided to completely change their diet!

Michelle was very motivated to try the new diet due to the severe health issues she had suffered for much of her life, but mastering whole food, plant-based cooking was not easy. It took some time. Michelle reports that the “first few weeks were a cooking nightmare.” But once she mastered the learning curve, the cooking was not more difficult than it was before the diet change, and the health benefits made it all more than worth it!

I had the great pleasure of getting to know the Jones family when their son, Hyrum Jones, invited me to give the keynote presentation for his Eagle Scout project, which was a whole food, plant-based health fair.

Go to: “Discovering the Word of Wisdom: A Short Film.”

More on the Word of Wisdom