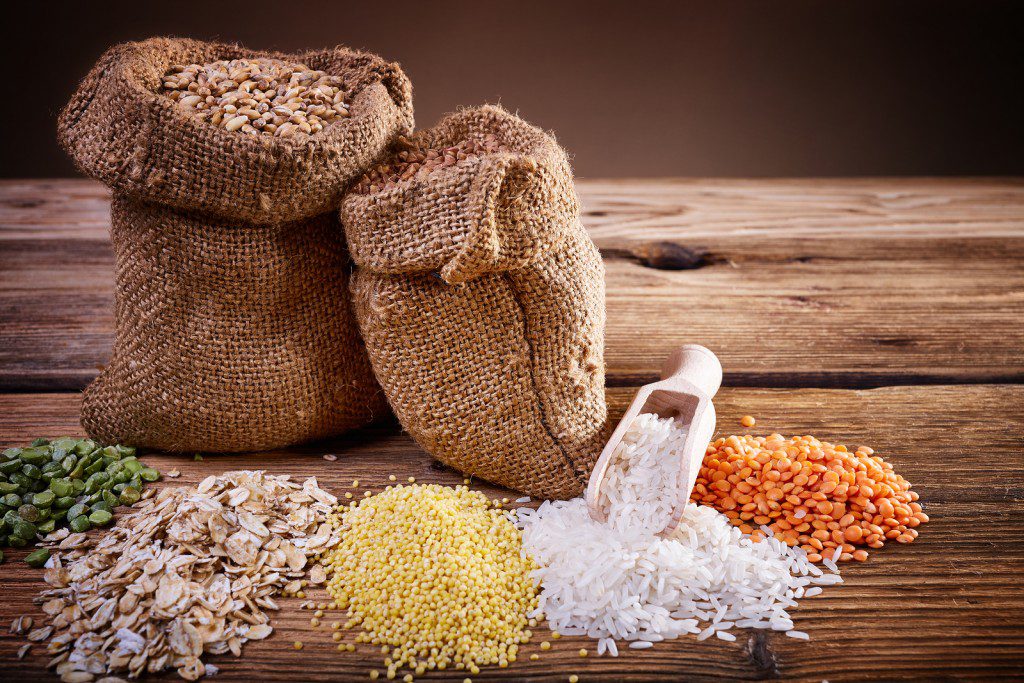 Discovering the Word of Wisdom: Three Foods Ordained by God

It has been 20 years since an entire General Conference address was devoted to the Word of Wisdom.[1] We were privileged to have such an address during our most recent Conference, and what a delight it is that this was given by our beloved prophet, President Thomas S. Monson. In an address entitled, “Principles and Promises,” President Monson stated:

In 1833 the Lord revealed to the Prophet Joseph Smith a plan for healthy living. That plan is found in the 89th Section of the Doctrine and Covenants and is known as the Word of Wisdom. It gives specific direction regarding the food we eat, and it prohibits the use of substances which are harmful to our bodies.[2]

So far, in this series on “Doctrines, Principles, and Applications,” I’ve focused on the doctrines and principles of the Word of Wisdom and explored the counsel from the Lord and Church leaders on “substances which are harmful to our bodies,” which are described in D&C 89:5–9. In today’s article, I begin to explore the “specific direction regarding the food we eat,” which is found in D&C 89:10–17.

In verses 10–17 of Section 89, the Lord describes the foods He prepared for our use. Of all the ways He could have introduced these foods to us, He chose to introduce them by teaching a profound doctrine: these foods are not haphazard elements of the human diet nor the random result of blind evolution. Instead, these foods were specifically ordained for our use by our Savior (see D&C 89:10, 12, 14).

When we think of ordination, we typically think of the use of priesthood power to set a person apart and invest that person with particular rights and responsibilities. These ordinations go back before the world began. Our Savior was “chosen from the beginning” (Moses 4:2) and “ordained to be a Mediator between God and man” (1 Timothy 2:4). Of the prophet Jonah, the Lord said, “Before I formed thee in the belly . . . I ordained thee a prophet” (Jeremiah 1:5). Members of Christ’s church are also prepared for ordination before they were born:

I would that ye should remember that the Lord God ordained priests . . . and those priests were ordained after the order of his Son . . . and this is the manner after which they were ordained—being called and prepared from the foundation of the world according to the foreknowledge of God. (Alma 13:2–3)

While we understand that we, the children of God, are ordained to perform certain works in this life, it is interesting that this same language of ordination is used in the Proclamation on the Family. There we read that “marriage between a man and a woman is ordained of God” and that “the family is ordained of God.”

According to the 1828 Webster’s dictionary, “to ordain” means “to appoint; to decree.” It also means “to set; to establish; to institute; to constitute.”[3] It is interesting to consider that our world and the things of this world were also ordained by God to perform certain roles. When the Psalmist wrote of the heavens, the work of the Lord, he considered “the moon and the stars, which thou hast ordained” (Psalms 8:3). According to Isaiah, not only heaven, but also hell was “ordained” of God (Isaiah 30:33).

Likewise, when the Lord created this earth, He bestowed a role and function to all of His creations. He decreed that “the earth bring forth grass, the herb yielding seed, and the fruit tree yielding fruit” (Genesis 1:11). He set the lights for “signs, and for seasons, and for days, and years.” He set “the greater light to rule the day, and the lesser light to rule the night” (Genesis 1:16). And, of course, in creating the animals He decreed that they should “Be fruitful and multiply, and fill the waters in the seas, and let fowl multiply in the earth” (Genesis 1:22). Then, when the Lord rested on the seventh Day, He even set that day apart when He “blessed” it and “sanctified it” (Genesis 2:3).

When we think of an ordination, we often picture someone with priesthood power laying their hands on the head of the person to be ordained. It is interesting to imagine a similar setting where the Lord used His priesthood power to ordain, or set apart, the things of this earth for the special roles they would play in the Plan of Salvation.

In the great revelation on health and the specific foods the Lord designed for us, He tells us explicitly that certain foods are ordained for our use. Just as prophets and Church members are ordained to roles in the Kingdom, and marriage and family are established by God, so God also set apart, or ordained, certain foods for the health and well-being of His children during their mortal sojourn.

All of this makes sense when we consider “The Doctrine of the Word of Wisdom,” which includes eternal truths such as the following:

Before coming to this earth, we had a spirit body. One of the primary purposes for coming here was to receive the additional endowment of flesh and bones, a body like the one our Father and our Savior have. Because of the veil drawn across our memories, we’ve forgotten the eons of time we spent preparing for the opportunity to receive this supreme gift. Before coming to this earth, we agreed that receiving this mortal tabernacle was worth risking all that earth life entails to obtain it.

We Latter-day Saints understand that the body is not a burden or an evil necessity. Rather, it is integral to our salvation; it is essential to our exaltation. The prophet Joseph Smith said, “No person can have this salvation except through a tabernacle.”[4]

Given this doctrine, it should not be surprising that the Lord ordained specific foods for the needs of our bodies during our mortal probation. These foods are specified in Section 89:

Note that each type of food appears to be ordained for a different role:

It occurs to me that each of these foods plays a distinctly important role in the Plan of Salvation, else why would the Lord tell us He established this order of things? We know God is a God of order. He does all things with deliberation and design. He established this world for an express purpose, which is “to bring to pass the immortality and eternal life of man” (Moses 1:39). Everything in this world was ultimately established to bring about this divine end. In D&C 89 we see at least one aspect of how the edible substances of this world have a divinely decreed role in bringing to pass the “immortality and eternal life of man.” Though they may have many other roles, plants are ordained for our “constitution, nature, and use,” meat for our “use,” and grain to be used as “the staff of life.”

The principle whereby Church members sustain those called to serve in the Church, as well as other Church decisions requiring their support, usually shown by raising the right hand.

Surely this pattern was established in the premortal world where we had the “right and privilege” to sustain Heavenly Father’s divine plan and our Savior as our Redeemer.

Just as we have the privilege of sustaining Church members before their ordinations, I believe we also had the privilege of sustaining the appointments our Savior made concerning this earth. We know we fully agreed to sustain our Father’s Plan of Happiness and the appointments the Lord decreed for this earth, the animals, and our mortal existence. We may very well have also raised our right hands to sustain our Savior’s decision to establish the important roles He gave to plant foods, meat, and grain before He ordained them to those roles.

If we sustained these foods at the foundation of the world, how fortunate we are for modern revelation that reminds us of these facts we have long since forgotten. The world uses food as, of course, a necessity, but also for amusement, stimulation, and relaxation. We use it to reward and punish ourselves. We also use it to show love and to manipulate other people. We use it to both create community and also to create divisions between us. There are many more roles food plays in our lives, but modern revelation lifts our understanding to a higher level by helping us appreciate the sacred character of this most essential element of mortal life. Food is much more than an object for our selfish purposes. It is ordained of God for His purposes to bring about His designs for our existence.

How might it change our relationship to these foods if we consider that God ordained them for a sacred purpose?

Next Time in Discovering the Word of Wisdom

In the upcoming articles, I’ll be examining each of the three foods the Lord has ordained for our use.

One healthy way of eating that sheds useful light on the foods ordained for our use is a whole food, plant-based diet. For more information, see: “Getting Started.”

[1] Interestingly, there were two addresses given in 1996 on the Word of Wisdom. The first was April 1996: The Word of Wisdom: The Principle and the Promises by Boyd K. Packer. The second was October 1996: “Run and Not Be Weary” by L. Tom Perry.

Thanks for an interesting and enlightening article. It will definitely help me with my relationship with food.