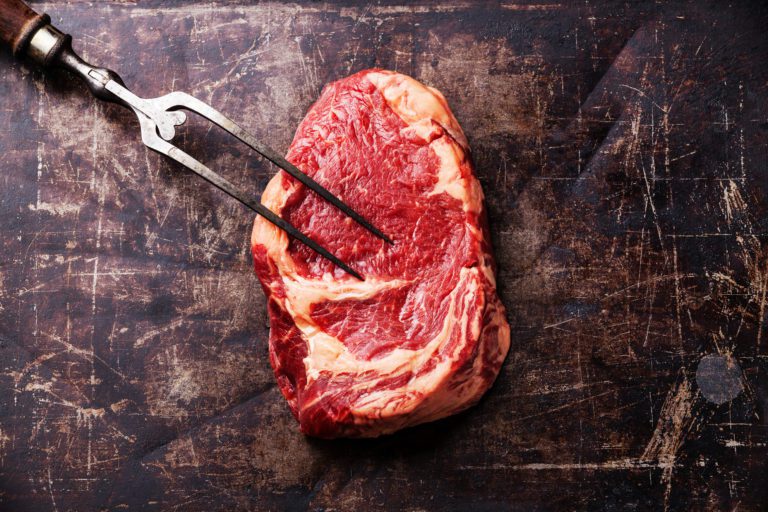 Discovering the Word of Wisdom Pioneers: The Widtsoes on Meat

In last week’s article, I began a series describing the work of some early Word of Wisdom pioneers by introducing the classic book on the Word of Wisdom: the 1937 The Word of Wisdom: A Modern Interpretation written by Apostle John A. Widtsoe and Leah D. Widtsoe.[1] In this book, the Widtsoes declare that a diet of “soft, highly refined and concentrated foods [such as] a typical modern diet of meat, white bread, refined cereals, potatoes and sweets [is] unquestionably bad.” They point to the rising incidence of chronic disease among the Latter-day Saints as clear evidence that the Saints were not taking the counsel in D&C 89 as seriously as they should.

The Word of Wisdom diet the Widtsoes advocated was one with plenty of fruits and vegetables “in the season thereof” and grains as “the staff of life.” They also endorsed a sparing amount of meat and plenty of milk and eggs. How does this compare to a whole food, plant-based diet, which, according to research, appears to prevent up to 80% of chronic disease? [2]

Eat Meat Sparingly . . . In Times of Winter or Famine

The Widtsoes are often quoted by LDS Church leaders and scholars as stating that, “the Word of Wisdom is not a vegetarian document.”[3] The Widtsoes based this conclusion on D&C 89:12–13,

Yea, flesh also of beasts and of the fowls of the air, I, the Lord, have ordained for the use of man with thanksgiving; nevertheless they are to be used sparingly;

And it is pleasing unto me that they should not be used, only in times of winter, or of cold, or famine.

The Widtsoes took these verses literally. They taught:

If one uses meat it must be used sparingly and in winter or famine only, as stated in this wise law of health. They who wish to be well and gain the promised rewards stated in the Word of Wisdom, must obey all of the law, not just part of it as suits their whim or their appetite, or their notion of its meaning.[4]

The Widtsoes approach to the consumption of meat was based not just on doctrine, but also on science. They used science to show that it is advisable for humans to dramatically reduce meat consumption. Even though the Word of Wisdom does not demand giving up meat entirely, they readily acknowledged that the science of their day strongly suggested that a vegetarian diet could be a very healthy diet to adopt. Even without the additional evidence that has come out since the 1930’s, the Widtsoes declared that science clearly supports the following facts:

Of course prejudice, as the Widtsoes point out in their book, has a powerful influence on us, and the prejudice toward meat has always been strong. For the Widtsoes, this prejudice demonstrates just how inspired the Word of Wisdom is. They state:

At the time that the Word of Wisdom was given, meat, when it could be obtained, was largely used by all classes. It was generally looked upon as the best and most necessary food for full health. Those who raised their voices in opposition to this view were held to be fanatical, untrustworthy “food faddists.” Alas! Some people hold that opinion today!

It was therefore a courageous departure from accepted practice to teach that meat should be used “sparingly,” and further to suggest that man may live without meat as implied in the words, “they should not be used, only in times of winter, or of cold or famine.” (p. 217)

How Does this Advice Compare with Modern Science?

Since the Widtsoes’ day, the scientific evidence that meat should play a relatively small role in our diets continues to grow. Over the past few decades, even the USDA dietary guidelines have increasingly recommended a more plant-based diet. Just last month, the Dietary Guidelines Advisory Committee released new recommendations based on the latest scientific and medical literature. Not surprisingly, they promote a diet that is even more plant-based than all previous guidelines.[5] There is no question but that the wisdom the Widtsoes saw in D&C 89 has only been verified with further scientific research.

Like most Americans (then and now), the Widtsoes were enamored with protein, but because of their understanding and faith in the Word of Wisdom, they were able to overcome their prejudice that meat is the only or best source of protein. What the science of their time did not help them understand was that protein is basically a non-issue in terms of the human diet.[6] Protein is so plentiful in the human diet, that it is nearly impossible to not get enough protein. Practically the only time anyone is at risk of not getting enough protein is when they are not getting enough calories for daily needs.

What the Widtsoes did not know at the time, because science had not yet confirmed it, was that humans can easily get more than enough protein from an all plant diet, without any special need to search for specific foods or combine them in certain ways. Without this knowledge, the Widtsoes assumed that if we do not eat meat, we need milk and eggs to get adequate protein. Science has since demonstrated that not only can we get more than enough protein from plant sources, but that dairy and eggs have the same nutritional risks as meat.[7]

Science can also help us understand other prejudices that the Widtsoes were unaware of. The Widtsoes assumed that because God cautioned us against using meat during times of cold and winter that our bodies somehow need more protein during seasons of cold. This notion was supported by some of the contemporary science of their time. Later science, however, has thoroughly discredited this outdated theory. We now know that the temperature has very little to do with the amount of protein one needs to consume. Exhaustive studies done by the U.S. military suggest that if anything, less protein is needed in the cold! [8]

Ultimately, There Will Be No Conflict Between the Word of Wisdom and Science

Had the Widtsoes known what we know today, they undoubtedly would have made a few adjustments to their interpretation of the Word of Wisdom. (In fact, the 1950 revised edition of their book encouraged an even more plant-based diet than the original 1937 version.) In their books, they readily acknowledge that the science does and will continue to change. And yet they had confidence that even as science continues to evolve, the truths it reveals will not ultimately contradict the truths found in the word of God. They wrote:

Scientific knowledge concerning man’s diet is yet in its infancy. Many new angles to old truths are constantly being discovered. When such are definitely established in the best laboratories of nutrition to be facts, not mere theories, then they may be accepted and used, and they will be found to be in harmony with the general principles set forth by the Word of Wisdom. (p. 233)

Now that the science of nutrition has concluded that a purely plant-based diet is viable for all life stages and activity levels,[9] I am confident that if the Widtsoes were writing today, they would undoubtedly endorse a whole food, plant-based diet, not as a prescriptive doctrine that all Church members must follow, but simply as a healthier lifestyle supported by the Word of Wisdom.

The Word of Wisdom Is Not A “Vegetarian Document”

But even with the additional light and knowledge we have today, I believe the fact remains that the “Word of Wisdom is not a vegetarian document,” just as the Widtsoes taught. The Lord tells us, in fact, that He “ordained” meat for our use. To me, the word “ordained” makes animals something sacred. The Lord has set these creatures apart as holy in some way; they must have a distinctive, special role in this mortal life.

What distinctive role does the flesh of animals have in the human diet? After the flood, God tells Noah that they are now allowed to kill animals for meat (Genesis 9:3), but He hastens to describe the special stewardship they have:

And surely, blood shall not be shed, only for meat, to save your lives; and the blood of every beast will I require at your hands. (JST Genesis 9:11)

This echoes the counsel in D&C 89 that suggests that meat is “ordained” for our use, but it is pleasing to God if we reserve it for times of need (winter, cold, famine, and excess of hunger).

I appreciate the Lord’s gentle counsel. He does not command us to eat a certain diet, but He points the way that is pleasing to Him, and gives us His word that this is a “principle with promise” (D&C 89:3).

Although the evidence that animal foods are not optimal for the human body continues to grow, the Widtsoes would be astonished to learn that most Latter-day Saints today are as prejudiced in favor of meat as they were in their day! Although much of the science the Widtsoes outline in their book is now dated, their primary claims have been verified by further research, and yet the average diet among members of the LDS Church today is arguably less healthy than in their day. Increased knowledge does not necessarily equal increased wisdom.

Knowledge does not always equal wisdom, but when we take the knowledge we gain and seek the Lord’s confirmation of it, with a determination to find the truth and make it an integral part of our lives, then we have the privilege of turning knowledge into wisdom. I testify that this is the path of joy!

For more suggestions on walking the Word of Wisdom way to health, see: “Getting Started”

One of the earliest, and perhaps most profound sermons on the Word of Wisdom ever given was delivered in 1842, less than ten years after D&C 89 was revealed. The author of this sermon was the Prophet Joseph Smith’s own brother, Hyrum Smith. Next week, I’ll be featuring Hyrum as another early Word of Wisdom pioneer!

[1] John A. Widtsoe and Leah D. Widtsoe, The Word of Wisdom, a Modern Interpretation (Salt Lake City: Deseret Book, 1937). (All page numbers cited in this article refer to the 1937 edition.)

Thanks for the article. I thought the Widtsoe's book was a really great read. "Ordain," incidentally in this context, probably means "to appoint." I loved their insights into how wicked and designing men means much more than just the tobacco companies...how those designing men would use falsified and misleading scientific studies to support their purposes. I think that's interesting in light of how the scientific community was just beginning to give saturated fat and cholesterol a bad rap and the vegetable oil industry was vilifying butter and lard. So glad we're beginning to burst those ridiculous fetters at last.

Wonderful article! Thank you! I've been thinking about this a lot recently and I hope to adjust my and my family's diet to be more in tune with what the word of wisdom teaches. It's so easy to overlook the meat part because it's such a huge part of our culture.