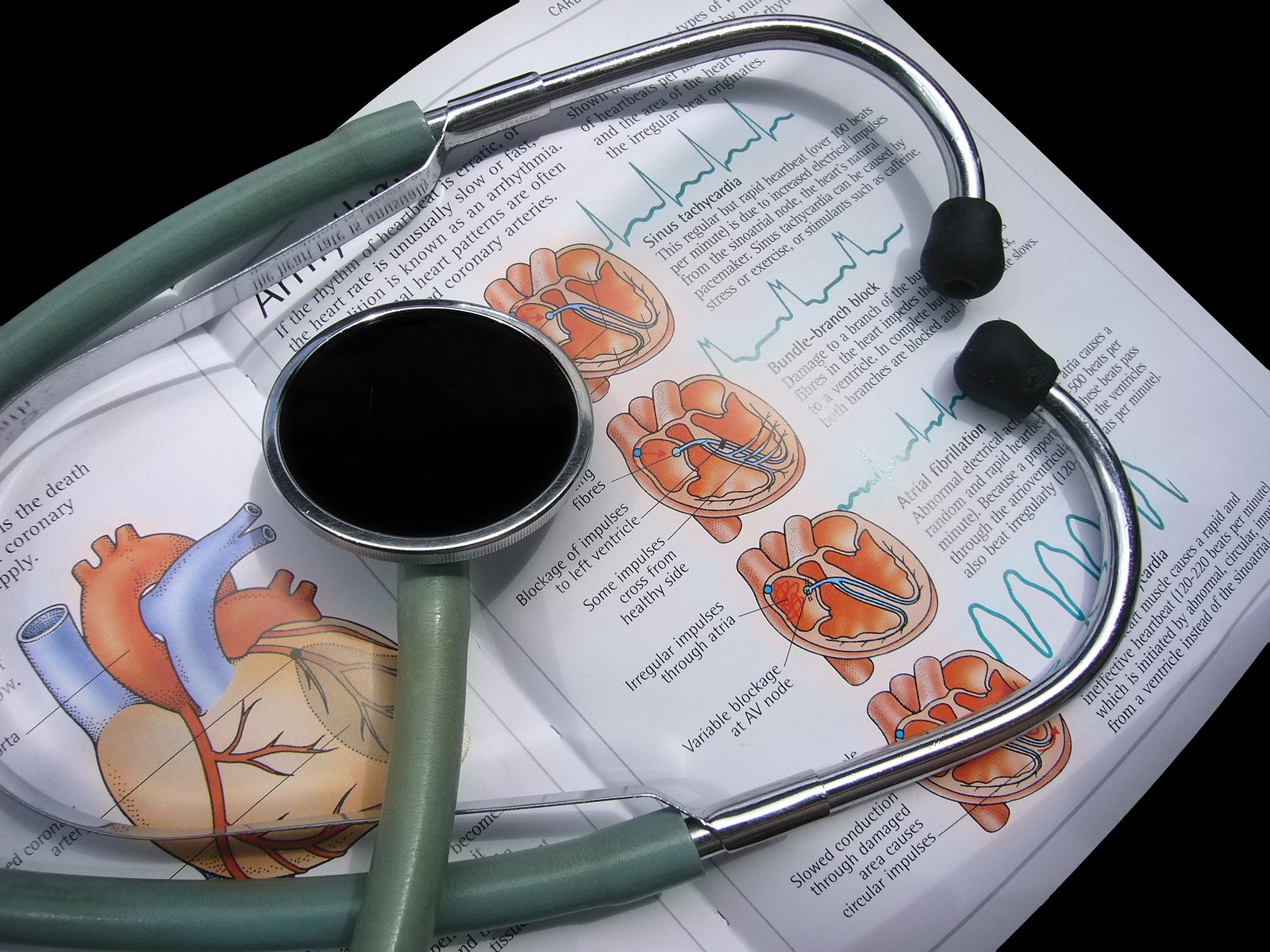 Last week, I featured the work of Dr. Ray G. Cowley, a Latter-day Saint doctor who, many decades ago, recognized that the Word of Wisdom is the Lord’s answer to heart disease, the number one killer of Americans in the 20th Century. His 1969 Improvement Era article could have saved millions of lives . . . if more Mormons had paid attention.

The Word of Wisdom and Heart Disease

Dr. Cowley was certainly not the first Latter-day Saint to note the connection between the Word of Wisdom and heart disease. At least as far back as 1915, Mormons began reporting scientific research linking this disease to alcohol and tobacco (and later caffeine).[1] Interestingly, the relative danger of these substances was still quite controversial in the scientific community. Tobacco advertisements, for example, were regularly featured in top medical journals throughout the 1930s and 1940s.[2] But LDS medical professionals were not fooled; they regularly warned the LDS community of the health dangers of these substances.

Undoubtedly the Word of Wisdom gave Latter-day Saints an added edge in identifying the research on alcohol and tobacco that ultimately proved to be correct. Just like today, the medical community and general population were awash in a variety of contradictory positions, each supported by seemingly good evidence. What to believe? Just like today, it can be hard to detect the truth amidst all the data. This is where the Word of Wisdom has given us a distinct advantage. We have not typically led the world in the scientific discoveries supporting the Word of Wisdom, but we have often been ahead of the world in recognizing the research findings that confirm the Lord’s word.

What about the relationship between heart disease and the counsel in the Word of Wisdom to eat (1) wholesome plant foods; (2) meat sparingly; and (3) grains as the staff of life? Fortunately, the Word of Wisdom has often given Latter-day Saints the same advantage in identifying the research that would ultimately stand the test of time. I’ll be featuring more of these Word of Wisdom pioneers in future articles. In this article, I hope to put their work in perspective by sharing some of the early research on heart disease. I hope to make three points:

After more than a century of debates, it is clear that we can’t wait for science to sort things out before deciding what’s for dinner. If we want to prevent heart disease and other major chronic disease as well, let’s use the Lord’s counsel as our guide.

Very few people died of heart disease before 1900. In 1870 out of the nearly 900 people who died in Utah, only 20 were from heart disease). There were no cardiologists in the early years of the twentieth century, but by 1910, heart disease was the #1 killer in America . . . and in Utah.

During the first half of the 20th century, atherosclerosis (the condition leading to heart disease) was thought to be an unavoidable consequence of aging. It was common knowledge that myocardial infarction (MI), or heart attack, always resulted in sudden death. It wasn’t until 1912, that physician James Herrick documented that MI is not always fatal, and this led to identifying coronary disease more broadly among the population.[3]

Research into the cause of heart disease also dates back to the early 1900s. Some of the first studies now recognized as important are those done by Russian scientists. In 1908, Alexander Ignatowski published lab results showing significant damage to the hearts of rabbits fed a diet of animal foods (meat, milk and eggs). In 1913, pathologist Nikolai Anitschkow began publishing experimental data showing that feeding cholesterol to rabbits produced marked hypercholesterolemia and severe atherosclerosis. By 1934, pathologist Timothy Leary made a detailed comparison of lesions in the cholesterol-fed rabbit and those in human coronary arteries and concluded they were similar in most respects. All these studies suggested a possible link between the consumption of animal foods and heart disease.

In another important line of research during the first few decades of the 1900s, experts began reporting observations of peoples in parts of the world where their primarily plant-based diet differed dramatically from the rich, animal food diet of the Western world. Unlike the West, the incidence of heart and other cardiovascular diseases in these populations was practically non-existent. This lent additional credence to the theory that heart disease is related to a rich diet centered on animal foods.

In 1939, Walter Kempner, MD at Duke University hypothesized that diseased kidneys could be treated by severely restricting protein and fat in the diet. Animal foods are a major source of both protein and fat in our diets, so when challenged to test this on patients, Dr. Kempner fed them a “rice diet” which consisted solely of rice, fruit, and fruit juice. Not only did the diet radically improve their kidney function, other diseases also showed dramatic improvement: hypertension, heart disease, obesity, arthritis, psoriasis, and diabetes. When Dr. Kempner presented his data to the medical community, the results were so dramatic that he was accused of manufacturing them. It was not until years later that research done by others conclusively proved that his diet was just as powerful as he had claimed.[4]

To understand how far ahead Dr. Kempner was in his treatment of chronic disease, consider Franklin Roosevelt, president of the United States, who died of a massive stroke in 1945. He had suffered from severe hypertension for at least eight or ten years and had had one or two bouts of congestive heart failure. Despite this, he was given no treatment for his illness. Why? There simply were no state of the art treatments at the time.[5]

After the end of World War II in 1945, researchers began reporting evidence that wartime restrictions and shortages of animal foods (e.g. meat, milk, cheese, and eggs) in Europe were strongly correlated with dramatic reductions of heart disease during the war. At the end of the war, as the animal food supply returned, the rate of heart disease rose back to pre-war levels. At the same time, countries like the United States, where there were no comparable shortages, experienced only a steady increase in heart disease. This dramatic effect added considerable weight to the growing evidence that heart disease is not an inevitable part of aging and is preventable through a more plant-based diet.

Finally, Dr. Ancel Keys, PhD, conducted one of the best-known studies from this era. His 1940s research led to the famous “Seven Countries” study in the 1950s where he and his colleagues collected data in seven European countries. By documenting a strong correlation between diet, serum cholesterol, and heart disease, his research added more evidence to the association between heart disease and a diet centered on animal foods. It also eventually paved the way toward recognition of the health benefits of the Mediterranean Diet.

In hindsight, the evidence connecting heart disease with a diet rich in animal food seems obvious. But what is clear today with the benefit of many more decades of research was not at all clear to many scientists and medical specialists at the time. In 1963, Dr. William L. Laurence, Pulitzer Prize Winning Science Editor for the New York Times, addressed BYU students and faculty and categorically stated we know “nothing” about the causes of heart disease:

The fact is, only some in the medical community were paying attention to the accumulating evidence. Others actively opposed it:

As early as 1961, the American Heart Association had accepted a causal relationship and recommended that people at high risk be advised to modify their diets to avert heart attacks. However, few physicians were paying much attention, and in 1968, the war between scientists who claimed that elevated blood cholesterol caused heart disease, and those equally respected scientists who found the idea “untenable,” was in full engagement.[7]

For most of the 20th century, many in the medical community refused to accept the evidence that demonstrated a strong link between heart disease and the rich Western diet centered on animal foods. In fact, American doctors have a long history of rejecting the power of diet on disease, reflecting, at least in part, “their pessimistic feeling that getting people to change their diets radically was a vain hope.”[8] So much easier to get people to pop a pill or undergo surgery! In fact, it was only when cholesterol-lowering statins were developed that doctors began to take cholesterol seriously! [9]

We Have Enough Data to Make Dietary Decisions

Let’s not wait until every medical specialist agrees on the ideal diet. It may never happen. Instead, let’s agree to trust the Lord and His dietary plan. He made this earth. He made our bodies. He has given us this great dietary revelation specifically designed for “all saints in the last days” (D&C 89:2).

My adorable visiting teacher, Elon Mangelson, is one who did all the “right things” as far as diet, exercise, and lifestyle were concerned. But the older she got, the higher her cholesterol rose. Because she had already tried everything she could, when I embraced a “heart-attack proof diet,” she was willing to give it a three-month trial. When this succeeded in lowering her total cholesterol by 77 points, she knew she had her answer: a Word of Wisdom diet! See her story: “I gave it a three-month trial.”

This brief history of early heart disease research sets the stage for two remarkable Improvement Era articles on heart disease and diet written by Latter-day Saint medical doctors. I featured the 1969 article by Dr. Ray G. Cowley last week. Next week I feature an even earlier article by Dr. W. Dean Belnap. Written in 1951, this article was way ahead of its time, confirming the extra edge the Word of Wisdom can give to Latter-day Saints.

[…] diet to prevent heart disease. In the context of early research on heart disease (featured in “Preventing Heart Disease”) it is clear that the articles by Dr. W. Dean Belnap in 1951 and Dr. Ray G. Cowley in 1969 were […]

Having seen a rise in my own cholesterol as I get older, I disagree with this article as far as animal foods go. The REAL culprit, is sugar and processed foods. Anything that is instant, enriched and comes in a package, should have a skull & crossbones on it. That is poison! The overall cholesterol number doesn't have much bearing on heart disease. One needs to break it all down. The Trigylcerides, the HDL & the LDL. In 2007 my cholesterol was rising. The doctor wanted me to go on statins. I refused, as being a nurse, I know the nasty side effects of statins. I cut out the sugar & processed wheat. I got positive results for the next 3 years. I went back into a normal range, other than the HDL which could be a little higher. That is (H) for healthy cholesterol. Exercising brings that up naturally with a healthy diet. Alas, my arthritic knees limit my exercising. A year ago, the cholesterol started to creep up again. I had been lax in my sugar & processed foods. Again, the doctor suggested I go on statins. I got down to business and my doctor was so impressed! The cholesterol was normal, My Diabetes numbers were normal and I had lost 7 pounds! My doctor told me to keep doing whatever it was that I was doing, because it was working..... 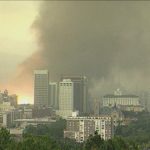 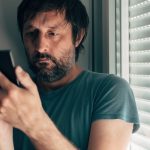 Your Hardest Family Question: Should I expect to know my husband’s phone code?