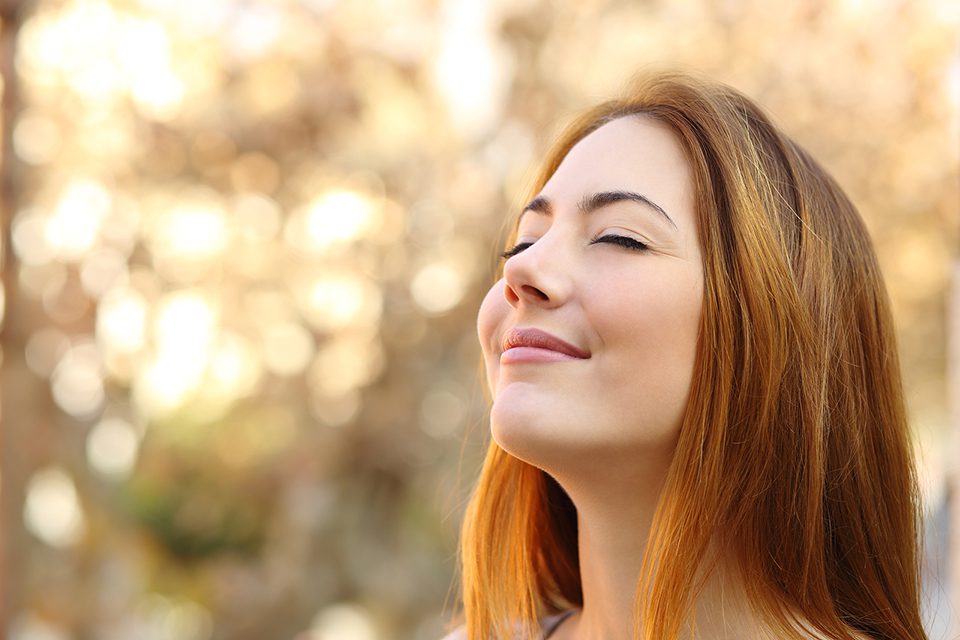 This week, I continue my exploration of Word of Wisdom pioneers by focusing attention on another champion of the Word of Wisdom, the first in this series born in the 20th century: Dr. John R. Christopher. Dr. Christopher is distinguished by being one of the earliest Latter-day Saints to promote something similar to a “whole food, plant-based diet.”

John “Ray” Christopher was born in 1909 in Salt Lake City and later became a prominent, highly skilled, and deeply respected master of herbal medicine. Orphaned as a child, Ray had a weak constitution and battled serious and debilitating health issues throughout his youth:

Born with advanced rheumatoid arthritis, he endured excruciating pain. Even as a child, he sometimes walked with a cane or was confined to a wheelchair. . . . Doctors of his day proclaimed that he would never reach the age of thirty.[1]

Despite these health challenges, Ray was a cheerful boy who always radiated happiness. From youth, he had a sense of mission. He told his adopted mother he would be a doctor one day, but he wanted to “heal people without cutting them up.”

Ray’s health issues came to a crisis after a serious accident left him paralyzed for several weeks. Even after recovery he endured almost unremitting physical and emotional pain. Sleepless nights led to increased reading of good books, including the scriptures. It was during this time that Ray re-read the verses in D&C 89, the Word of Wisdom. This time they had new meaning for him.

…Several words jumped out at him as if lighted with neon. The words “sparingly” (in regard to meats) and “wholesome” (in regard to grains and vegetables) struck him so hard they seemed to have power enough to knock him out of the chair. He vowed to follow the health code strictly and developed for himself a diet of fruits, vegetables, grains, nuts, and seeds.

The improvement in his health was staggering! Within a few months, he gained weight, began sleeping soundly at night, and started enjoying enough energy to allow for a full day’s work.

This was a turning point in Ray’s life. As a result of this experience, in 1941 he published a profound treatise on the Word of Wisdom, entitled, “Just What is the Word of Wisdom?”[2] When Apostle John A. Widtsoe read this work, he called it “ahead of its time” and encouraged Ray to get copies out to as many people as he could.

“Just What is the Word of Wisdom?”

One of the reasons I love the discourse Dr. Christopher composed is because he lays out the framework for the Word of Wisdom so beautifully. In the introduction, he reminds us that we have our agency to obey or reject the word of the Lord, but emphasizes there is a difference between those who “live the law to the very letter and those who love our Father in Heaven enough to go farther than the law, and even do the desires of him without the use of a commandment” (p. 1).

This subject of the Word of Wisdom is not a commandment but is one of those things which we can do if we do desire of the Lord without being compelled by commandment… [but] If you have the love of God within you enough… You will go the full way, and try to do everything that he tells you, to show Him that you do love Him enough to sacrifice anything that stands in the way of doing his will completely…

The promise given to us if we will but live the word given us by the Lord in our Word of Wisdom, are so wonderful… nothing should stand in the way of living them fully. (pp. 1–3)

Dr. Christopher discusses each verse in D&C 89, analyzing the meaning and offering his counsel. Though some of the scientific reasoning he uses is now outdated, the deep spiritual essence of his message is just as relevant today. Beyond providing support for the well-known prohibitions, he treats the counsel in D&C 89 on wholesome herbs (plants), meat, and grains as profound wisdom from the God of all Creation, worthy of our most serious consideration.

In summary, he counsels readers to:

Can you gauge just how sparingly meat is to be used by human beings?

It is said that this is probably one of the mysteries, in that [the Word of Wisdom] just doesn’t say how many pounds of meat one should eat in a day. If you have a desire to know these things, or any of the works of our Father in Heaven, there is a key by which we can find our answer. Many places in the scriptures we are told this answer, and here I will quote one of them from 1st Nephi, Chapter 10 Verse 19: “For he that diligently seeketh shall find; and the mysteries of God shall be unfolded unto them, by the power of the Holy Ghost, as well in these times as in times of old, and as well in times of old as in times to come; wherefore, the course of the Lord is one eternal round.”

We have a key! If any of us feel the Word of Wisdom is ambiguous on this or any other topic, Dr. Christopher reminds us that we each have a key we can use to find the answer to any question we may have about this revelation. Is there any doubt that if we truly desire to know and obey the Lord’s will for us on this subject that He will reveal it to us?

19th century Saints paid very little attention to the dietary counsel in D&C 89 on “wholesome” plant foods or on grains, as this wisdom was too self-evident.[3] As for the counsel on meat, LDS leaders and members who examined this issue during the 19th and early 20th centuries taught that meat should be used “sparingly” and took the words “times of winter, or of cold, or famine” literally. They generally discouraged the use of meat in times other then winter or cold (and believed this was better for health reasons).[4]

Another strain of Mormon thought (going back to earliest years of the Church) emphasized the sparing use of animal flesh as a natural consequence of valuing the lives of animals. Many Church leaders, but most prominently President Brigham Young, President Lorenzo Snow, Elder George Q. Cannon, and President Joseph F. Smith, spoke often against animal cruelty, including the killing of animals for any reason except when needed for food.[5]

Dr. Christopher’s approach weaves together both strains of Mormon thought (human health and animal welfare), reminding readers that the Lord loves His creatures so much that “not even a sparrow falls unnoticed” and that “we should be very careful about taking the life of another of His creations” (p. 15, 16). He uses scientific reasoning and scripture to explore the importance of reducing meat consumption as the Word of Wisdom counsels. Most significantly, he shares from the scriptures what the Lord has to say about the amount of meat we should consume, quoting from D&C 89:12–15; D&C 49:21; JST Genesis 9:9–11; and Daniel 1:8–20.

Bringing together both reason and scripture, Dr. Christopher concludes: “The only time you are to eat meat is to save your life” (p. 17).

Dr. Christopher was one of the earliest Latter-day Saints of some note to preach and practice a relatively “whole-food” and “plant-based” diet. Fresh, wholesome plants “in the season thereof” were the foods Dr. Christopher believed the Lord has designed for His children to consume. Needless to say, junk foods, even processed foods, were condemned. Grains, particularly wheat, were the staff of life. Meat was to be eaten very sparingly, if at all, all year round. In later writings, he noted that dairy and eggs were also not wholesome foods and were best avoided.

Dr. Christopher’s advocacy for a fresh whole food and totally animal-free diet is remarkable for his day. Blinded by the prejudices of the time, and lacking the strong scientific evidence that would come later, champions of the Word of Wisdom up to this time (most prominently the Widtsoes) believed dairy and eggs were an important part of the human diet and that at least some meat might be useful in the winter and cold. No doubt Dr. Christopher’s open and earnest search for the meaning of the Word of Wisdom can be credited for helping him come to the conclusion that no animal food is necessary for excellent health.

This is not to claim that the totality of Dr. Christopher’s dietary counsel or his personal dietary practice matched that of contemporary whole food, plant-based experts. Inevitably, the cultural and scientific prejudices of his day made it difficult for him, as it was for so many others, to see everything in the Word of Wisdom that has become clear in recent years. But, as Elder Widtsoe himself stated, Dr. Christopher’s understanding of the Word of Wisdom was “ahead of its time.”

Dr. Christopher went on to become one of the preeminent herbalists of our time. With tremendous love for others, he freely and generously served those around him, even at great sacrifice to his own welfare. He was much sought after for his goodness and skill. He lectured all over the United States and English-speaking world. For him, the path to good health always started with proper diet and nutrition. Truly, he was a Word of Wisdom pioneer.

Of course, we do not need to accept Dr. Christopher’s conclusions on the Word of Wisdom! In response to the question, “Just what is the Word of Wisdom?” each of us has a “key” to receive our own answer, but we have to want to know the answer enough to “diligently” seek for it (1 Ne. 10:19).

Let us prayerfully read and study D&C 89 and diligently seek the Lord’s counsel and advice for us as individuals and for our families. I bear testimony that if we are willing to hear and obey His counsel, He will lead us each step of the way into greater light. Let us not be afraid, but only believe (Mark 5:36). Whatever we imagine God will ask us to give up will be as nothing compared to what He will bless us with!

[1] David Christopher, An Herbal Legacy of Courage (Springville, UT: Christopher Publications,1993). (All biographical information and quotes in this section of the article come from this source.)

[2] Dr. John R. Christopher, Just What is the Word of Wisdom (Springville, UT: Christopher Publications). (First published in 1941, this revised edition was published in 2010, but no words were altered. Page numbers in this article refer to this edition.)

[3] 19th century Saints didn’t have access to a rich abundance of unwholesome, processed foods, and grains were the de facto staple of every Mormon diet. Given that, these verses in D&C 89 received little discussion during the 19th century. By the time the Widtsoes published their book on the Word of Wisdom in 1937, however, processed foods, including refined grains, had become more commonplace, and the Widtsoes devote ample attention to warning against these “devitalized” foods.

[4] Many of the health reasons they cited turn out to be erroneous on further analysis. See A. Jane Birch, “Getting into the Meat of the Word of Wisdom,” Interpreter: A Journal of Mormon Scripture 11 (2014): 1-36.

Dear Meridian Readers: I’ve so enjoyed learning about great Word of Wisdom pioneers of the past. I’ve also enjoyed reaching out to their children and grandchildren. Are there others you know who were great champions of the Word of Wisdom? I’d love to learn about them. Please contact me! https://discoveringthewordofwisdom.com/contact-me/