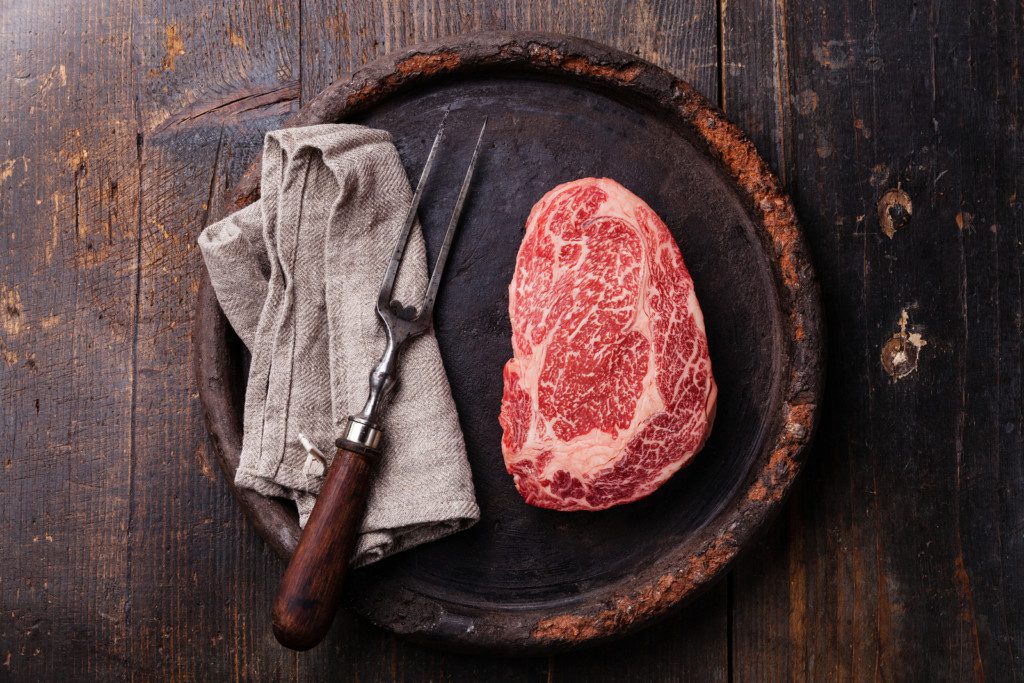 Last week in Discovering the Word of Wisdom, I addressed the concern some people have that eating a healthy diet is too expensive. As I explained in the article, “Healthy on a Budget,” nothing could be farther from the truth! The Lord designed the ideal diet so that it is affordable. He cares about our finances as He cares about our health. In this article, I explained why a healthy Word of Wisdom diet is one of the cheapest diets on the planet. I also shared some tips for eating on a budget. Of course, the cost of the food is just the beginning of the savings. By eating the Word of Wisdom way we can also save THOUSANDS of dollars in healthcare costs and spend a lot less time feeling sick (or worse). As I concluded last week, “This is really is a no brainer. The Word of Wisdom rocks!”

As you probably heard on the news, last week the World’s Health Organization (WHO) announced that processed meats cause cancer. In fact, the strength of the evidence placed processed meats in the highest of five possible classifications of cancer-causing substances (along with alcohol, asbestos, arsenic, and cigarettes).[1] Processed meats include hot dogs, ham, sausages, corned beef, beef jerky, canned meat, and meat-based preparations and sauces, etc.

The WHO also announced there is cause to believe that red meats (e.g. beef, pork, veal, lamb, mutton, horse, goat meat, etc.) probably also cause cancer (and placed these in the second highest classification, based on strength of evidence).

These conclusions were based on the work of 22 expert scientists (the “Working Group”) from 10 countries who assessed more than 800 epidemiological studies. Here is their summary statement:

As Mormons, we really should not be surprised at this news. In 1833, the Lord revealed to the Prophet Joseph Smith:

Yea, flesh also of beasts and of the fowls of the air, I, the Lord, have ordained for the use of man with thanksgiving; nevertheless they are to be used sparingly; And it is pleasing unto me that they should not be used, only in times of winter, or of cold, or famine. (D&C 89:12–13, emphasis added)

This counsel from the Lord was revealed over 180 years ago. That is how long we Latter-day Saints have had this “insider tip” that meat is not something we should be indulging in. In fact, according to the Lord, it is best to avoid the flesh of animals altogether. The Lord tells us it is preferable “they should not be used,” except in times of need (winter, cold, and famine).

The fact that meat causes cancer is not new news, but it is welcome news that a major health organization is bringing so much attention to this important topic. Taking a clue from the chapter of our history on tobacco, it becomes clear why this information about meat has been so slow to come out and what we can expect in terms of opposition to this news.

In the early 19th century, cancer was not the threat it is today. Many people used tobacco with little understanding of the health risks. When the Lord declared in 1833, “tobacco is not for the body, neither for the belly, and is not good for man” (D&C 89:8) this was news to the Latter-day Saints and not easy to comply with. As I’ve noted in previous articles, abstaining from alcohol, tobacco, coffee, and tea was not required of the 19th century Saints and most of them had a hard time giving up these substances.[3] Many Saints needed the extra motivation that came when LDS Church leaders made it plain that they would lose precious Church blessings and opportunities if they would not comply.

In the meantime, the quality of life for many Saints was diminished because they had not voluntarily complied with the Lord’s counsel. Requirement or not, the Saints who used tobacco suffered from the normal consequences of using a substance that is not good for the human body. Just because we are not commanded to do something does not mean there are no consequences for doing it.

We are not commanded to abstain from meat, but if we consume cancer-causing foods, we will not be protected just because it is not a commandment. The Law of the Harvest tells us, we reap what we sow.

It took a long for the health hazards of tobacco to become common knowledge. You’d think people would be eager to know about risks that are potentially life-threatening, but of course that is anything but true. It is human to resist information that contradicts habits we enjoy. On top of that, the powerful tobacco industry has always put up a big fight against knowledge about tobacco.[4] One does not have to have truth on one’s side to confuse the public! Money is all it takes to create enough smoke and mirrors to keep people from the truth. Remember the Lord’s warning about “the evils and designs . . . of conspiring men in the last days” (D&C 89:4).

For much of the 20th century, even the national doctors’ association, the American Medical Association, refused to believe that tobacco was harmful. They accepted tobacco ads in their journal and many doctors recommended cigarettes to relieve stress. It was only when the science became irrefutable that the government and health organizations stood up to the powerful tobacco industry.

We’ve known for many decades that there is a health risk to consuming meat. Our own USDA has warned us for many decades to reduce saturated fat, solid fats, and cholesterol. These are all codes words for “animal foods.” Plant foods very rarely contain these risky substances, which are found abundantly in meat, dairy, and eggs. Why do government officials use code words instead of telling it to us straight? It is because of the powerful meat and dairy industries and the tremendous power they exert. Remember the Lord’s warning about “the evils and designs . . . of conspiring men in the last days” (D&C 89:4).

The World Health Organization is now taking a lot of heat from the meat industry.[5] It is not easy to stand up against rich and powerful companies. But the science is now so irrefutable that they are willing to take the heat and make a stand. Now it is up to us. Where will we stand?

Why Continue to Consume a Carcinogen?

A carcinogen is a substance that causes cancer. While meat is not as dangerous or lethal as smoking, the research announced by the World Health Organization confirms there is sufficient evidence to declare that processed meat is a carcinogen. In addition, there is enough evidence to state that red meat is likely a carcinogen as well. Of course, consuming a carcinogen is not a guarantee of getting cancer. There are people who smoke their whole lives and never get cancer, but the risks of getting cancer are increased by smoking . . . and they are increased by consuming meat.

When the Lord has provided us with so many wonderful, wholesome, delicious plants, why consume a known cancer-causing food? Why serve it to our guests? Why feed it to our precious children? Why not heed the counsel from a loving Savior in D&C 89 to not use it, except in times of need? We won’t go hungry. We’ll still have a plethora of delicious foods. We’ll lose weight and feel better. In addition, by heeding this counsel, we’ll have increased peace of mind and joy in knowing what we are doing is pleasing to the Lord.

There are no nutrients in meat that are not easily available in abundance on a completely plant-based diet.[6] Plant foods do not cause cancer. Quite the opposite! They actual protect us from cancer and every major chronic disease.[7] This is why we are continually told to “eat more fruits and vegetables.” There are so many nutrients in these nutrient-packed plant foods that scientists have not even identified them all. It will be many years before we fully understand why plant foods are so health promoting, but we don’t have to wait that long to get the benefits. We can start to reap all the blessings today by simply switching to a whole food, plant-based diet.

It is taking science a long time to reveal what the Lord told us Mormons a very long time ago. My hope is that this news from the world of science will help strengthen our testimony of the Word of Wisdom and our motivation to heed the Lord’s counsel.

I hope you will join me and many other Latter-day Saints in embracing a healthy whole food, plant-based Word of Wisdom diet.

For Help Starting on a Word of Wisdom Diet

[2] T. Colin Campbell and Thomas M. Campbell II, The China Study: The Most Comprehensive Study of Nutrition Ever Conducted and the Startling Implications for Diet, Weight Loss, and Long-term Health (Dallas: Benbella, 2006).

[3] See, for example, “Why Aren’t We Told How to Eat?” Meridian Magazine (September 9, 2014) and the series of articles under “Discovering the Word of Wisdom Pioneers.”

Discovering the Word of Wisdom: Ask for a Recommend | Meridian MagazineNovember 9, 2015

[…] evidence, processed meats definitely cause cancer and red meats likely cause cancer as well. (See: “Meat Causes Cancer.”) As expected, there were plenty of negative reactions to this article. People hate to hear bad […]

I disagree with a comment from Shane saying meat is not carcinogenic. The dyes, hormones etc., put into our food all of it, is probable cause to be considered carcinogenic. That is why we need to raise some of our own food, even sometimes our own meat. I am trying to convert to less meat and usually in winter when it is cold. I do eat fish and chicken but stick to buying from individuals who can show the diet their animals are fed, this includes my eggs. When buying red meat I also try to get it from legit wholesome ranchers. Anything can kill us, we have to learn to eat in moderation any food, not because what God gave us is bad, but because of what man has done to it.