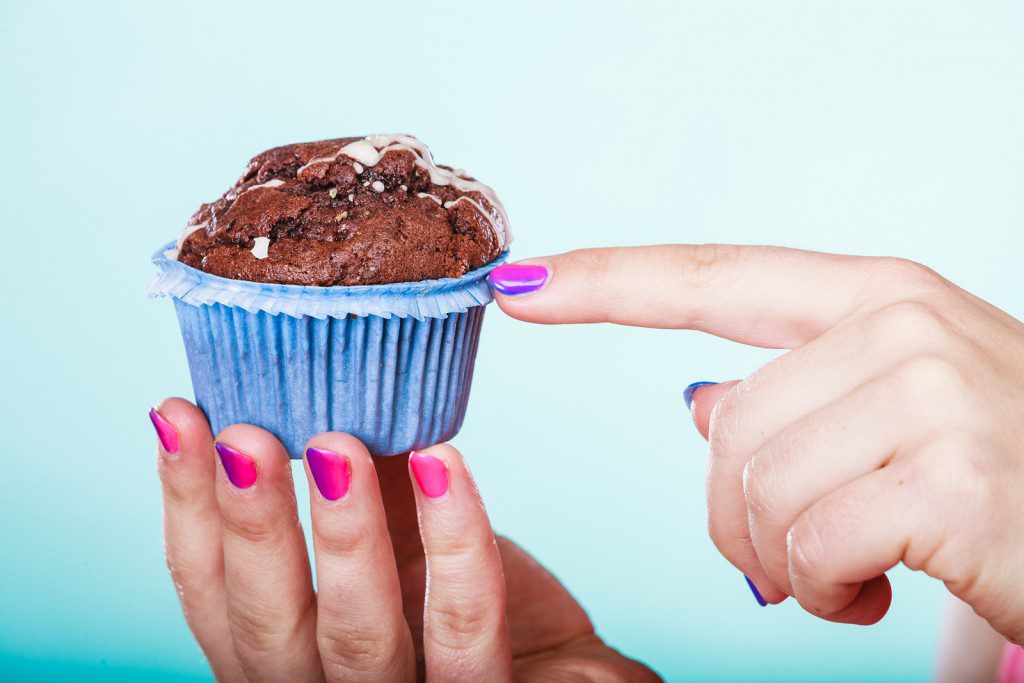 Discovering the Word of Wisdom: Food Cravings, Obesity, Mood, and Our Gut

With so much information about the human microbiome coming out in recent years, most people are at least vaguely aware of how important this “forgotten organ” is. I’ve been doing my best to highlight some of the most significant findings and make the connection between caring for our microbiome and the counsel given by the Lord in D&C 89, the Word of Wisdom.

Certainly Joseph Smith had no idea that the diet the Lord revealed to him in 1833 was not just the best diet for His children, but the best diet for the vital microbes that are an essential part of the functioning of the human body. Of course, the Lord knew the importance of our microbiome, and now we are beginning to catch a glimpse of this amazing aspect of our biology.

Here are the articles I’ve published on this topic so far:

Today, I’m going to feature some of the interesting aspects of the microbiome that are not as well known, but that are profoundly interesting. I won’t dive very deep into any one topic, but you may want to follow up with the references I’ve listed to learn more.

We’ve come to believe that the intense cravings we have for unhealthy food is a sign of personal weakness, but there are good reasons to believe these cravings have biological roots. First came the evidence that unhealthy foods produce the same pleasure-inducing chemicals in our brains as narcotics, driving us to seek more of them and leading to addictions that are hard to break.[Barnard] Now there is evidence that the microbes in our bodies are able to communicate with our central nervous system and taste buds, signaling the types of foods they want to eat, like they are placing an order at a restaurant.

If we eat foods that are not good for our bodies, the type of bacteria that thrive on those foods are going to populate our guts. They will then do what they can to encourage our body to consume more of the foods that they depend on for their survival. Dr. Carlo C. Maley, an evolutionary biologist at the University of California, San Francisco, explains: “From the microbe’s perspective, what we eat is a matter of life and death.”[Zimmer] When we crave foods that are high in fat, sugar, meat, and dairy, it may not be from a lack of “willpower.” Rather, it appears the bacteria in our bodies may be driving us to desire certain foods for their own survival!

Fortunately, when we switch to a healthy diet, our gut composition quickly changes. As the bad bacteria die out, so do those cravings. Our taste buds are reprogrammed. As we eat healthy foods, we suddenly start enjoying them. The old, unhealthy foods lose their appeal, and they don’t have the draw on us they used to have. Our microbes are then working with us to improve our health, and not against us.

Jeffrey Norris “Do Gut Bacteria Rule Our Minds? In an Ecosystem Within Us, Microbes Evolved to Sway Food Choices,” Science News (August 15, 2014).

Because the microbiome plays a role in food cravings, it should be no surprise that the type and diversity of our gut flora also appears to play a role in weight gain and obesity. Although the precise mechanisms are not all worked out, studies show that when gut bacteria from obese humans are transferred to germ-free mice, the mice grow significantly fatter than mice who receive bacteria from lean humans, even though they are fed on the same diets.[Wallis]

I first learned about the connection between the microbiome and weight when a food scientist at BYU told me about the research being conducted by his Chinese friend and colleague, Liping Zhao, a microbiome researcher. After studying in the U.S., Dr. Zhao found his waistline expanding and health deteriorating. Research on the microbiome led Dr. Zhao to change his diet. When he learned that the foods that are best for a healthy microbiome are the type of whole plant foods he enjoyed in China, he adopted a diet centered on Chinese vegetables and whole grains. As a result, the population of anti-inflammatory bacteria in his gut increased dramatically as his weight dropped (almost 45 pounds), along with his blood pressure and cholesterol.[Zhao]

Evidence suggests that our gut bacteria have an impact on how our bodies:

How would microbes do all this? One way may be through their ability to produce the neurochemicals that regulate “appetite, feelings of fullness and digestion.” [Smith] The number we see when we step on the scale is not a simple reflection of our own willpower and desires. The bacteria in our body have a say too, and this is one piece of the puzzle that helps explain why managing weight is so much easier on whole food, plant-based diet.

It is well known that our mood and behavior can be affected by chemicals produced in the brain. What is coming to light is that the bacteria in our guts produce many of the chemicals that influence brain functioning and impact how we feel, think, and act. Evidence from a wide-ranging number of studies suggests the gut microbiome plays a role in neural development and brain chemistry, and that it can influence a “wide range of behavioral phenomena, including emotional behavior, pain perception and how the stress system responds.”[Carpenter]. Intriguingly, when gut bacteria is swapped between two different strains of mice, it can lead to complete personality changes. According to microbiologist Mark Lyte, ‘‘If you transfer the microbiota from one animal to another, you can transfer the behavior.’’[Smith]

Micro-organisms in our gut secrete a profound number of chemicals, and researchers like Lyte have found that among those chemicals are the same substances used by our neurons to communicate and regulate mood, like dopamine, serotonin and gamma-aminobutyric acid (GABA). These, in turn, appear to play a function in intestinal disorders, which coincide with high levels of major depression and anxiety.[Smith]

Interestingly, our gut contains its own nervous system made with as many neurons as our spinal cord. With its ability to create chemicals and send them throughout the body, the gut has a far-reaching impact on nearly every human biological function. The gut serves as a basis for what amounts to a “sophisticated neural network transmitting messages [which] exerts a powerful influence over the one in your head.” [Carpenter]. This is the basis of what is referred to as the  “gut-brain axis,” which plays such a crucial role in healthy brain functioning.

Studies show that the chemicals produced by gut bacteria send signals that literally “alter the biochemistry of the brain.”[Zimmer]. For example, “tweaking the balance between beneficial and disease-causing bacteria in an animal’s gut can alter its brain chemistry and lead it to become either more bold or more anxious.”[Carpenter] In one study, Premysl Bercik (gastroenterologist at McMaster University) and colleagues gave a strain of mice that are “typically timid and shy, a cocktail of antibiotics, dramatically changing the composition of their gut bacteria.” According to Bercik, “Their behavior completely changed . . . They became bold and adventurous.”[Carpenter] Further evidence suggests this biochemistry may play an important role in “autism, anxiety, depression and other disorders” [Kohn]

While much of this research is very young, it is very suggestive. What implications might this research suggest for those who may suffer from a wide variety of mood, anxiety, or depression disorders? How might changing our diet and lifestyle to better support a healthy microbiome help us reduce, manage, or even eliminate mental disturbances? What kind of connection is there between following the dietary counsel in the Word of Wisdom and receiving blessings of mental health and wellness?

Simple Answers for a Complex Biology

The human microbiome is incredibly complex, but what we can do to help it function well is incredibly simple. The Lord spells it out for us in D&C 89 by encouraging us to consume a wholesome plant-centered diet, with grains as the foundation (D&C 89:10–17). This perfectly describes the diet that best nourishes a healthy microbiome. A typical American diet is filled with processed foods and animal foods and contains almost nothing to feed healthy gut bacteria. The simple answer is a whole food, plant-based diet of unrefined fruits, vegetables, grains, and legumes. These simple foods are perfectly constituted with the dietary fiber that can make it past our upper gastrointestinal tract and down to where our gut bacteria are, so they can do the amazing things they do for our bodies. No wonder the Lord ordained these wholesome plants for our “constitution, nature, and use” (D&C 89:10).

It will be many decades, if not hundreds of years, before scientists fully understand the power of a whole food, plant-based diet in maintaining a healthy microbiome. Fortunately, we don’t need to wait that long. We can start nourishing our microbiome today, and within a short 24 hours our microbiota will, in turn, start taking care of us. It may seem far-fetched to think that by simply changing our diets, we can control food cravings, lose weight, and improve our mood and mental health, but these are the exact results hundreds, even thousands, have reported when they switched to a whole food, plant-based diet in harmony with the Word of Wisdom. The Lord gave us Section 89 as a “principle with promise” (D&C 89:3). Let’s use our hope for obtaining those promises to help us embrace His counsel!

To read success stories from Latter-day Saints, see Discovering the Word of Wisdom.

To read success stories from people all over the world, see Whole Food Plant Based Health.

Feeding Your Microbiome a Healthy Word of Wisdom Diet

For help getting started on a healthy Word of Wisdom diet, both for yourself and for your microbiome, see: “Getting Started.”

Don’t forget that if you have not been consuming a high fiber diet, it can take some time for your microbiome to adjust to increased fiber. Here are some tips for adjusting to a higher fiber diet.

@Kerry- I would contend that until the Lord, through his apostles, tells us otherwise, D&C 89 is still up to date.

this is the best information yet. real science about our "gut" and it's remarkable abilities and functions. Now to DO IT. My wife and I have been calling ourselves vegetarians, but you give a whole new meaning to the idea. Sad I am to realise "I am too soon old and too late smart.".