Did Prophets Such as Ezekiel Know the Writings of Zenos? | Meridian Magazine 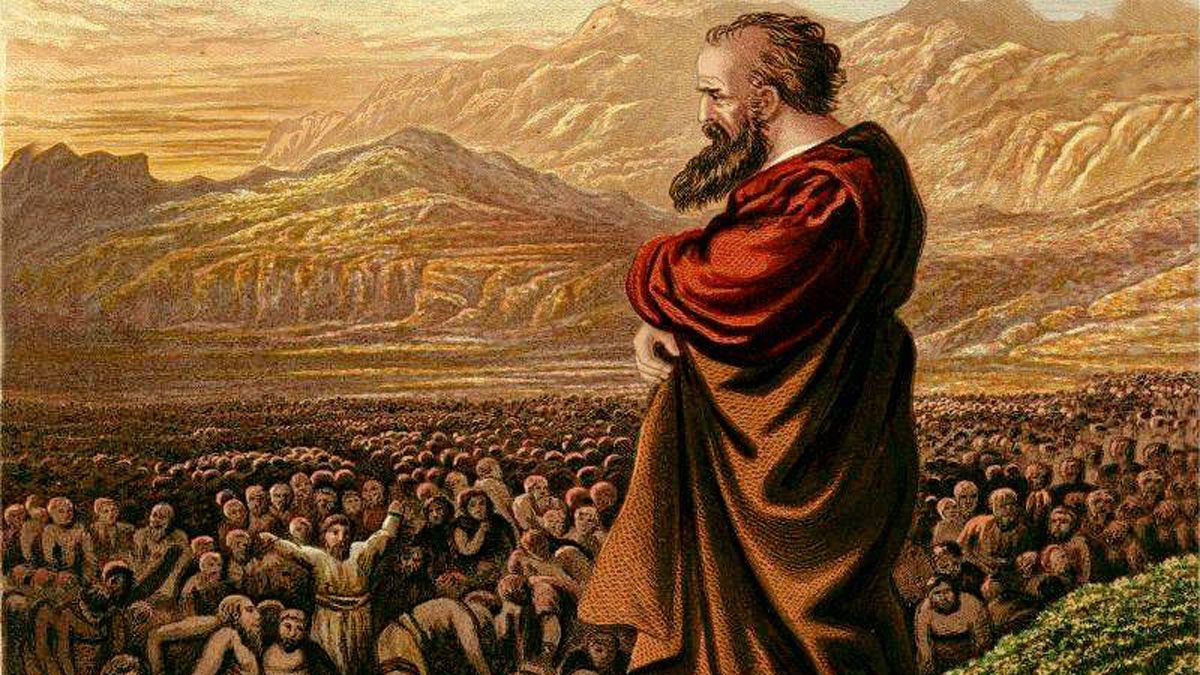 Did Prophets Such as Ezekiel Know the Writings of Zenos?

“And it came to pass that the Lord of the vineyard said again unto his servant: Look hither, and behold another branch also, which I have planted; behold that I have nourished it also, and it hath brought forth fruit.”

Despite the fact that Zenos is not mentioned in the Bible, there is some evidence that Old Testament authors may have known his writings. Zenos’s Allegory of the Olive Tree, which is laid out in its entirety in Jacob 5 in the Book of Mormon, may have been an influence on several Old Testament authors for centuries, including the prophet Ezekiel.

BYU Professors John W. Welch and David Seely have suggested that in the Old Testament one can find the symbol of the olive tree (or sometimes the vine, often used synonymously) used as if the author’s audience were already familiar with a longer allegory containing both positive and negative aspects of the destiny of Israel.

A particularly interesting example of an Old Testament prophet possibly drawing on the writings of Zenos can be found in the book of Ezekiel. Ezekiel used symbolism that is very similar to Zenos’s but is focused more on the problems Jerusalem was facing in Ezekiel’s time instead of on the entire history of the people of Israel.

In Ezekiel 17, the prophet presented a parable regarding an eagle that came and snatched the top, the highest branch, of a cedar tree and carried it off to another land (Ezekiel 17:3–4). Toward the end of the parable, the Lord promises to do something similar—to “crop off from the top of his young twigs a tender one” and “plant it upon a high mountain” in hopes that it will become a “goodly cedar” and “bear fruit” (Ezekiel 17:22–23). This allegory appears to be making reference to the King of Babylon, in the first place, as the eagle, and how he carried off the king of Judah, Jehoiachin, into Babylon. The Lord, for His part, is likely referring to the Messiah of the House of David, whom He himself would plant and cause to bear fruit for Israel.

This is similar to Zenos’s allegory. In Jacob 5:6–8, Zenos speaks of the “young and tender branches” that the Lord of the vineyard will “take away” and graft or plant elsewhere. Then, in verses 23–24, we are told that some of these branches “brought forth fruit.” Here, Zenos is speaking not only of the king of Judah or the royal family in Jerusalem, but of other families or portions of the people of Israel being taken into Babylon and otherwise scattered.

This isn’t the only similarity between Zenos and Ezekiel. In Jacob 5, the main parts of the top of the tree, not the tender branches but the older branches that were perishing, were plucked off and “cast … into the fire that they may be burned.” In Ezekiel 5, although He is not speaking of trees, the Lord uses symbolism to describe the destruction of Jerusalem. He declares their fate using the same words as Zenos: “cast them into … the fire and burn them” (Ezekiel 5:4). There are other phrases in common between Ezekiel and Zenos, such as the use of the phrase “glory of the God of Israel” (1 Nephi 19:13; Ezekiel 8:4).

Due to the fact that the Old Testament authors tended to draw on either the positive or the negative aspects of this symbolism, Welch and Seely reasoned:

Although the evidence does not allow a firm conclusion with respect to the dating of the allegory of Zenos, the positive and negative dimensions of the Old Testament image of the olive tree are difficult to reconcile in these texts without assuming that a single paradigm (such as the allegory of Zenos) existed in ancient Israel utilizing both of these dimensions. Jacob 5 provides the full paradigm unifying the many scattered references in the Old Testament to the olive tree as an image for the house of Israel and illuminating what that image would likely have meant to an ancient Israelite audience.[1]

The writings of Ezekiel touch briefly on both positive and negative aspects of the tree imagery. However, it is not hard to imagine them as being derivative of, or alluding to, a much larger allegory referring to the scattering and gathering of Israel. Although it is possible that the Book of Mormon is borrowing from Ezekiel and other biblical authors, instead of the other way around, this seems unlikely. Seely and Welch concluded:

While it remains possible that these two diametrically opposed strands of negative judgmental imagery and positive merciful imagery developed haphazardly in ancient Israel and that Zenos came late in that tradition and served to synthesize all these elements into a single coherent story, the simpler explanation is that Zenos probably preceded … Hosea, Isaiah, and Jeremiah [and Ezekiel] by several generations, and that all these later prophets knew and drew upon Zenos, often quite specifically. In any event, it seems highly unlikely that Joseph Smith, operating on his own mental faculties, could have worked within the limited vocabulary of Jacob 5, while keeping in mind all the diverse and specific elements of each of these Old Testament texts, to weave back together from these complex strands such an elegant and vivid image as that of Zenos’s masterful allegory in Jacob 5.[2]