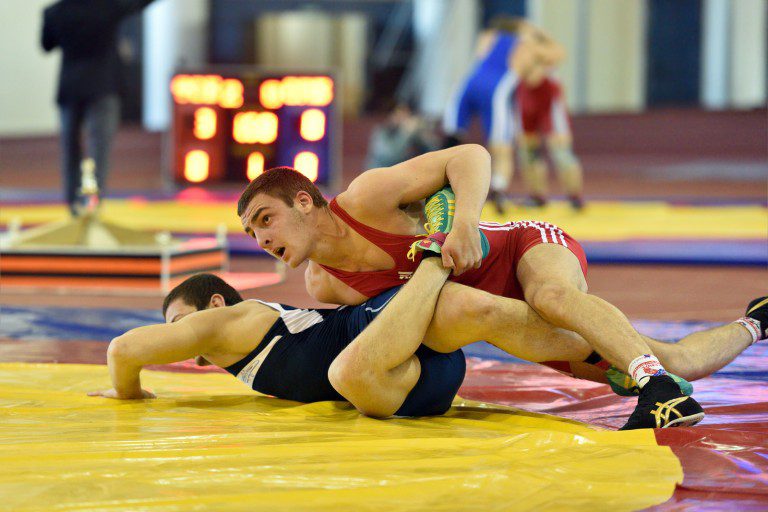 Our high school wrestling team was gathering to board the bus when Coach came out of his office. He walked over to me. “Howard, Hardy has the flu. You’re replacing him on varsity tonight.”

I felt a rush of adrenaline. I was a freshman, and this would be my first varsity match. Coach spoke sternly to me. “I know the guy they have in your weight, and he’s the worst wrestler on their varsity squad. You should be able to take him easily.”

“Yeah,” Gould said, “Hardy has pinned him every time they’ve wrestled, usually in the first round.”

“If the matches go like I expect,” Coach added, “the score will be tight. We really need a pin out of you.” I nodded, as my heart started to pound, not wanting to disappoint my team.

My teammates continued to talk about how easy this would be for me. I was excited to think that my first varsity match would likely be a win, and maybe a pin.

That evening, as the competition proceeded, the matches were evenly split. By the time it was my match, we were down by five. Coach grabbed me by my headgear. “We’ve got to have a win, and we really need a pin. Go after him.”

The second the whistle blew, I shot in and took him down. I thought the match was mine, but we no sooner hit the mat than things changed. He moved quickly and reversed me. Back and forth we fought in one of the toughest matches I have ever wrestled. When the first round ended, he was ahead six to four. Coach yelled, “Howard, what’s your problem! Hardy would have pinned him by now!”

In the second round, my opponent increased his lead. In the third round, I fought like a lion, afraid of what my teammates would say if I lost, and I started to come back. With only twenty seconds to go, he was ahead 11 to 10. I shot in and fought for a takedown. I took him to the mat, but the buzzer sounded on our way down, and I received no points. I had lost.

As I walked from the mat, discouraged, Coach blasted me, swearing and cursing. “Howard, you probably cost us a win! I doubt you’ll ever wrestle varsity for me again!”

My teammates also said many derogatory things to me. Luckily, we won the next three matches, and our team won by one point. When we climbed on the bus, it was suggested by my varsity teammates that I should sit at the front away from them. When coach came on, he reiterated that our win was lucky. Then he said, “We can’t expect to win as a team when we lose the easy matches, huh, Howard?” I just nodded and looked out the window.

The next week was a big tournament. Hardy was back, and his first opponent was the one I had lost to. Coach grabbed me. “Now, Howard, watch Hardy and see how it’s supposed to be done.”

Hardy confidently walked out onto the mat. Within thirty seconds after the whistle blew, he was pinned. Coach stood there in shock as the opposing team’s coach came over. “You really gave us a scare last week when your wrestler nearly beat Barton. When Barton moved here a couple of weeks ago, we were excited to learn that he is a two-time state champion and has pinned every opponent he has wrestled in the past two years. When he nearly lost to your wrestler, and we found out his opponent was only a freshman, today’s rematch was all the team has talked about.” He paused a moment and pointed at me. “So why isn’t he wrestling varsity today?”

Coach was so stunned that he just shrugged. My teammates were shocked. When one senior was finally able to speak, he said, “Howard, we all owe you an apology. If he had pinned you last week, we would have lost.”

Later that year, after the state tournament, when I learned that Barton had pinned all of his other opponents, I wondered how well I would have done against him if I had really known how good he was. But I did smile, remembering that I was the only one to ruin his perfect pin record.