Come, Follow Me for Sunday School: “To Have the Heavens Opened”, Doctrine and Covenants 106-108 | Meridian Magazine 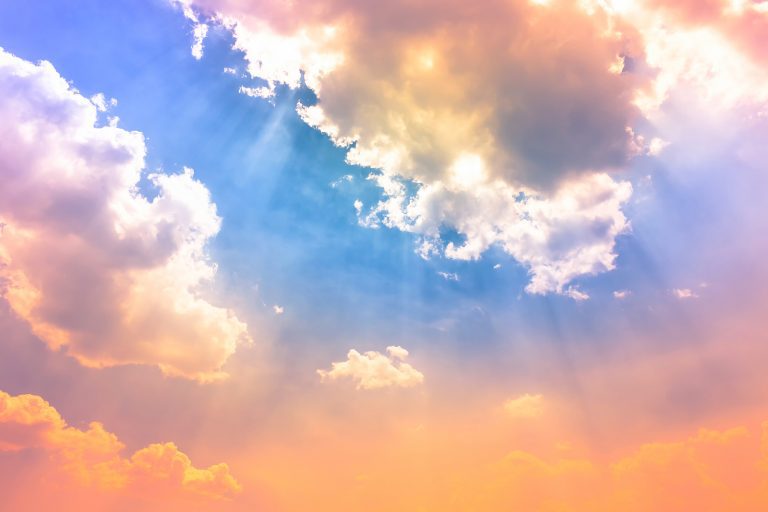 Come, Follow Me for Sunday School: “To Have the Heavens Opened”, Doctrine and Covenants 106-108

As we have studied the Restoration, it has become apparent that, rather than explaining a doctrine fully in one revelation, the Lord reveals things “line upon line” when circumstances require it. (Doctrine and Covenants 98:12) Although the Lord had previously given instruction about the priesthood as early as 1829, (see sections 20 and 84), in 1835 he gave additional instructions about specific priesthood offices needed to guide his children.

In Doctrine and Covenants 107:2, we learn that the Melchizedek Priesthood has that name because Melchizedek was such a great high priest. In verse three, we are told that before the days of Melchizedek, the priesthood was called “the Holy Priesthood, after the Order of the Son of God.”

Who exactly was Melchizedek?  In Alma 13:17-19, we learn that Melchizedek, through “the holy order” which he received, “preached repentance to his people” who were filled with “all manner of wickedness,” and “established peace.” He lifted his people to a higher level of righteousness. It is not surprising that when the Lord saw fit to change the name of the priesthood for sacred reasons, to avoid too frequent repetition of his name, he chose to name it after a man who lived up to a title. Because of what Melchizedek did with the priesthood, each of us is encouraged to do the same thing with the priesthood that we hold—lift people to a higher level of righteousness.

The name Melchizedek in Hebrew has special meaning. In Hebrews 7:1-3, Paul tells us that Melchizedek is a title in Hebrew. It means King of Righteousness. There’s another title that Melchizedek carried that goes right along with that—Prince of Peace.  A king and a prince of righteousness and peace. Jewish tradition identifies Shem as Melchizedek, and this became his title. (Smith’s Bible Dictionary, 393.)

What is the major responsibility of the Melchizedek Priesthood?  The Lord is going to say it four times in the first verses of this section. Doctrine and Covenants 107:8, 10, 12, 18—reiterate this responsibility—to  administer in spiritual things.  The spires of the Salt Lake Temple give us a visual illustration of this idea. The east spires are taller, and represent President Nelson and his two counselors. The west spires represent the Presiding Bishop and his two counselors, representing the Aaronic priesthood which is called to watch over temporal things.

Then, in verse 19, we are given three major ideas of those spiritual blessings whose keys are held by the Melchizedek Priesthood.

1.  It holds the key to “receiving the mysteries of the kingdom of heaven.”

2.  It holds the keys to “having the heavens opened to them and receiving communication from the general assembly and church of the Firstborn.”

3.  It holds the keys to “the communion and presence of the Father and the Son.”

We can learn many lessons about the responsibilities of the Priesthood by symbolically examining the “holy garments” of Aaron as High Priest. Exodus 28 and 39 provide us with many visual symbols from which we can gain insights as to the nature of priesthood responsibility, and how it should be carried out.

Exodus 39:2-9  The High Priest’s skillfully woven linen ephod, or girdle, as it is sometimes translated, has beautiful symbolic significance. It was woven of gold wires, cut from beaten gold, and blue, purple, and scarlet linen. It was attached to two “shoulderpieces,”each inset with an onyx stone, which fastened the ephod on the shoulders. Upon these two onyx stones were “graven the names of the children of Israel,” that they “should be stones for a memorial to the children of Israel.” Symbolically, the High Priest (and also Christ and his authorized servants) entered the tabernacle (the house of the Lord ) carrying Israel on his shoulders. (See Exodus 28:9-12, 39:6-7) Each of these stones had six of the names of the tribes of Israel engraved upon it. The priesthood should bear those he has stewardship for on his shoulders.  A bishop bears the names of those in his ward on his shoulders.  A minister bears the names of his families on his shoulders.  He feels responsibility for them.

The breastplate of the ephod was woven of fine linen and had four rows of twelve precious stones set onto it.  (See Exodus 28:15, 17, 21, 29-30) Each of these precious stones was engraved with the name of one of the tribes of Israel. We can draw an analogy from these stones to the house of Israel.  Each was precious, valuable, and reflected light.  The typology of the High Priest carrying Israel next to his heart lends added meaning to the promise that the Lord will someday select his “jewels.” The priesthood should hold those in his charge close to his heart.  He should look upon these souls as “jewels.” (See Malachi 3:17)

Two rings of gold were attached to the ends of the breastplate, to which were attached chains of gold , which were in turn attached to the shoulderpieces of the ephod.  Thus clothed, the high priest bears the house of Israel on his heart to the Holy Place, and then through the veil to the Holy of Holies.  The symbolic meaning? The Priesthood should put the people on their hearts and on their shoulders and carry them back to the presence of God.

Doctrine and Covenants 107:39 mentions that one of the duties of the Twelve is to call evangelical ministers. An evangelical minister is a patriarch. In the days of the patriarchs, the priesthood followed a patriarchal order, and was handed down from father to son. There was no 1st Presidency, no deacons, no priests—there were just patriarchs. From verses 40-57, the revelation contains a big “parenthesis.” Verse 58 reads, “It is also the duty if the 12 to ordain and set in order all the other officers of the church”—continuing that thought.  Everything between those parentheses is talking about the patriarchal order of the priesthood.

The Lord is saying, in essence, that as members of the Church, he wants us to have all the blessings that we can have, but he is going to administer the blessings in a different way.  Originally, the fathers administered the spiritual blessings, and eventually, in the celestial kingdom, it will go back to a patriarchal order. But for now, it’s a different order.  It’s prophets and apostles, seventies, bishops, priests, etc.

Doctrine and Covenants 107:53-54: “Three years previous to the death of Adam, he called Seth, Enos, Cainan, Mahalaleel, Jared, Enoch, and Methuselah, who were all high priests, with the residue of his posterity who were righteous, into the valley of Adam-ondi-Ahman, and there bestowed upon them his last blessing. And the Lord appeared unto them. . .”

Why do members who hold the Melchizedek Priesthood give people blessings, with ordinances, with counsel, and with comfort?  Every Melchizedek Priesthood blessing is for the purpose of bringing the people into the presence of God. Fathers bless their children when they are born, and later baptize them and confer upon them the gift of the Holy Ghost. Those children then have an opportunity to be in the presence of a member of the Godhead. Fathers ordain their sons deacons, teachers, and priests. They give their children father’s blessing, and take them to a patriarch who gives them a patriarchal blessing. All these things are done in hopes that someday these children can be brought into the presence of f the Father.

The main responsibility of the Melchizedek Priesthood it is to lift the people.  How high? Into the presence of God.  After Adam did this, the next great patriarch was Enoch.  He saw the Lord, and walked with him continually, and after many years of working with his people, they were all lifted into the presence of God.

After the Lord appeared to them, the people rose up and blessed Adam, not the Lord.  Why?  Because Adam brought them into the presence of the Savior.  I think they recognized that Adam had done something phenomenal. In verse 54, they called him “Michael, the prince,” in recognition for what he had done for them.

Doctrine and Covenants 107:55: “And the Lord administered comfort unto Adam, and said unto him: I have set thee to be at the head; a multitude of nations shall come of thee, and thou art a prince over them forever.” This is just before Adam dies.  It took 927 years to get that promise made to him. Are these kinds of blessings available to all holders of the holy priesthood?

Brigham Young said, “ So, in like manner, every faithful son of God, becomes, as it were, Adam to the race that springs from his loins, when they are embraced in the covenants and blessings of the Holy Priesthood; and in the lapse of eternity, and in the progress of eternal lives, every true son of God becomes a king of kings, and a lord of lords, and it may also be said of him as it was written of Jesus Christ, “of the increase of his government and peace there shall be no end.” (Journal of Discourses, Volume 10:355)

Every faithful son of God becomes an Adam to his posterity. That’s priesthood, and the core message of Doctrine and Covenants 107. When a young man receives the Melchizedek Priesthood, with an oath and covenant, he is covenanting to be a King of Righteousness, and a Prince of Peace.

What did Melchizedek do with his priesthood? He took a people from a lower level and put them on a higher level.  That’s the Priesthood.  How high did Melchizedek lift his people? To the city of Enoch.  Consider JST Genesis 14:25-40, especially verses 33-34, and 36.

33 And now, Melchizedek was a priest of this order; therefore he obtained peace in Salem, and was called the Prince of peace.

34 And his people wrought righteousness, and obtained heaven, and sought for the city of Enoch which God had before taken…

36 And this Melchizedek, having thus established righteousness, was called the king of heaven by his people, or, in other words, the King of peace.

Do you see why the priesthood was named after Melchizedek? God named it after a man who really did what you are supposed to do with the priesthood—lift the people.  How high?  Right into the presence of God.