Come, Follow Me for Sunday School: “His Sacrifice Shall Be More Sacred unto Me Than His Increase” – Sections 115-120 | Meridian Magazine 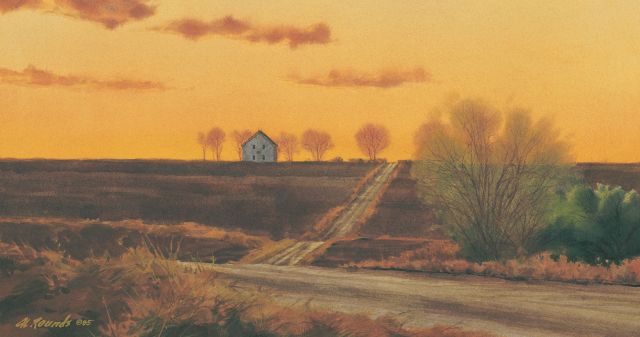 Come, Follow Me for Sunday School: “His Sacrifice Shall Be More Sacred unto Me Than His Increase” – Sections 115-120

In the early morning hours of April 26, 1839, seven Apostles and other Saints met quietly in the darkness of the prairie on an abandoned spot in western Missouri called Far West.

These Latter-day Saint elders had traveled more than 160 miles mostly to be at this particular spot at this hour. Danger surrounded them every moment. Six months earlier, the governor of Missouri had declared them outlaws to be exterminated. They had been warned that prowling “citizens” would kill any Latter-day Saint found in Missouri after April 1.

Why had they put themselves in such peril?

The scene had been very different a year to the day earlier, when Far West was a flourishing new town and the Prophet Joseph Smith lived there. On April 26, 1838, Joseph received a landmark revelation directed to “the high council of my church in Zion [the Quorum of Twelve Apostles] and unto all the elders and people of my Church of Jesus Christ of Latter-day Saints” (D&C 115:3).

This revelation officially named the Church for the first time: “For thus shall my church be called in the last days” (115:4). With the new name, the Lord left no doubt whose Church it was and distinguished it from the Church of Jesus Christ of former days. “Arise and shine forth,” said the Lord, “that thy light may be a standard for the nations” to gather to Zion (115:5-6).

The Lord instructed the Apostles to lay the foundation for a temple in Far West “one year from this day” (115:11) and then to “depart to go over the great waters, and there promulgate my gospel, the fulness thereof, and bear record of my name” (118:4). Over the following year, war broke out between the “old citizens” of Missouri and the Saints, Far West was abandoned, and the Saints were driven from the state. Their antagonists knew about the revelation concerning April 26 and were determined to foil it. It seemed impossible to carry out the Lord’s instructions.

As the time drew nigh for the accomplishment of this work, the question arose, “What is to be done?” Here is a revelation commanding the Twelve to be in Far West on the 26th day of April, to lay the cornerstone of the Temple there; it had to be fulfilled. The Missourians had sworn by all the gods of eternity that if every other revelation given through Joseph Smith should be fulfilled, that should not be, for the day and date being given they declared it would fail. The general feeling in the Church, so far as I know, was that, under the circumstances, it was impossible to accomplish the work; and the Lord would accept the will for the deed.  (Wilford Woodruff, Journal of Discourses, 13:159.)

But neither their enemies nor many of their friends had counted on the faithfulness of men like Brigham Young, Heber C. Kimball, John Taylor, Wilford Woodruff, and Orson Pratt. Together with their brethren and under the Lord’s protecting hand, they rolled the southeast cornerstone into place on the Far West temple site precisely on April 26, as commanded.

Wilford Woodruff wrote, “The events of this day are worthy of record for a Revelation of God & commandment is this day fulfilled & that to under Circumstances which to all human appearance could not have been done.” (Wilford Woodruff, Journals, April 26, 1839, original spelling.)

These faithful brethren had risked their lives to carry out the Lord’s request at a time when they had every reason not to. With their families driven and destitute, their Prophet in jail, their fellow Saints scattered and fleeing, and a murderous mob on the lookout for them, they nevertheless went back into the “eye of the storm” to fulfill a commandment.

After escaping Missouri once again and sick with malaria, the Apostles then left for their momentous mission “over the water.”  They ranged the world from Scotland to Palestine and brought many thousands of Saints into the Church.

Although no temple has yet risen on that cornerstone in Far West, the Lord clearly loved and blessed those heroic leaders for their sacrifice. As far as the Lord is concerned, the success of a mission is not measured in concrete accomplishment but in the willingness of the Saints to sacrifice for the kingdom.

The Lord honors the sacrifices made by the Saints, as in the case of Oliver Granger. In 1838 he had barely moved his family the 800 miles from Kirtland to Missouri when the Prophet asked him to return to Kirtland and settle debts the Church had incurred there. He returned without question to face furious creditors, managing the business as best he could. In the end, he was able to resolve only about half the indebtedness. (See Marvin S. Hill, et al., “The Kirtland Economy Revisited, BYU Studies 17, no. 4 [1977], 459.)

Recognizing Oliver’s sacrifice, the Lord revealed that “his name shall be had in sacred remembrance from generation to generation. . . . and when he falls he shall rise again, for his sacrifice shall be more sacred unto me than his increase” (117:12-13). Intriguingly, the Lord knew that Oliver would “fall”—that is, he would face many obstacles and falter in carrying out his mission—but that lack of success would not count against him. For the Lord, Oliver’s sacrifice and effort were sacred.

It’s the same for all of us. My mission president Willis D. Waite used to say, “You can never get the Lord in your debt.” No matter what result we get in serving the Lord, even if we don’t “succeed” in the way we hope to, He loves our effort because, as President Russell M. Nelson says, “effort brings rewards that can’t come without it.”

Those rewards include increased capacity, maturing faith, and the peace of knowing we are doing our Father’s will. Even though we may not be called on to make heroic sacrifices, the Lord honors every effort we make to help gather Israel and build the kingdom.

Every Saint is commanded to sacrifice for “the building of mine house [the temples], and for the laying of the foundation of Zion and for the priesthood, and for the debts of the Church” (119:2).  To these ends, the Lord asks the Saints “to pay one-tenth of all their interest annually; and this shall be a standing law unto them forever, for my holy priesthood” (119:4).

Many are unclear about this law. Some wonder why we are not asked to sacrifice everything, as the Savior asked of the rich young man (Matt. 19:16-22). Others wonder why we are asked to tithe at all to a Church that is flourishing financially.

Every covenant we make with the Lord is accompanied by a token. Tithing is a token that we are willing to obey the law of sacrifice. The Lord doesn’t need our money, “for what is property unto me? saith the Lord” (117:4), but we need His blessings. All blessings are based (“predicated”) on obedience to the laws and ordinances of the gospel (130:20-21). The Lord has explicitly promised to open the windows (arrubot, “floodgates”) of heaven to tithe-payers “and pour you out a blessing, that there shall not be room enough to receive it” (Mal. 3:10).

Some choose not to pay tithing because they believe they can’t spare the money, or they fear going without it. Some feel they are too poor to make the sacrifice. This is a great mistake because they are deliberately shutting off the blessings that could pour down on them from the floodgates of heaven. “Prove me now herewith,” the Lord says. It is an open invitation: “Try me,” He says. “Put me to the test to see if I will not bless you for paying your tithing.”

Then there are those who will not sacrifice because, as the Lord puts it, they “covet their own property” (19:26). They won’t share a penny of what’s theirs. But the Lord commanded us not to covet. It’s the tenth commandment but may be the most vital of them all. Covetousness lies at the root of nearly all sinful behavior: People lie, cheat, steal, kill, and commit sexual sin because they covet what is not theirs to take.

Besides, what people covet is not worth the energy they invest in coveting. The Lord made that clear when he chided the church members who were holding on for dear life to their little acreages in Kirtland rather than follow the commandment to move to Zion. “Have I not made the earth?” He asks. “Why should you covet that which is but the drop, and neglect the more weighty matters?” (117:6, 8).

Compared to the blessing of “all that my Father hath” (a “weighty matter”!) that is promised to the faithful Saints, a small building lot—or any other earthly possession, no matter how impressive—is but the proverbial “drop in the bucket” indeed.

What “drops” are we coveting that keep us from enjoying the flood of blessings the Lord has in store for us? What sacrifice would we not willingly make once we understand what those blessings are? Is a tenth too much to ask? Would we be willing to charge into the eye of the storm as those seven Apostles did in 1839 to fulfill one of the Lord’s instructions? Would we be willing to give up some of our puny gains to qualify for the embrace of the Lord Jesus Christ and all that our Father has to give us? Would we?

Another great lesson, Breck. I enjoyed that you pointed out that our sacrifices and positive efforts are counted to our good even if we ultimately don't achieve a final success in what we are engaged. You also make a clear and convincing case for paying our tithes. Thanks for another uplifting and insightful lesson.