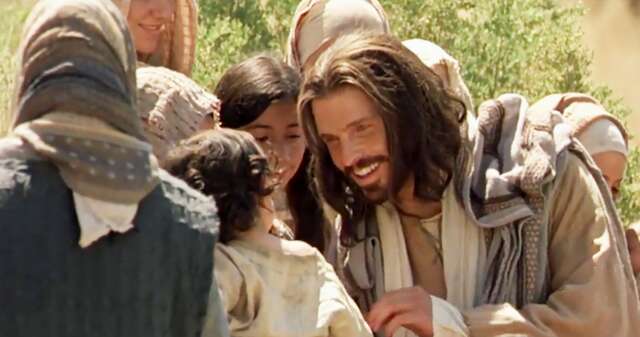 Of Simplicity and Sanctity

During my freshman year, I played JV for the high school golf team. It might as well have been a prison sentence. Between breaking one of my grandpa’s clubs (on accident, I promise) and losing literally every single match I played in, I decided pretty early on that my talents lay elsewhere.

For my buddy Drew, on the other hand, golf was a different story. The way he told it, he’d never even seen a golf club before his 50th birthday when, holding a driver awkwardly in his hands, he stood in front of the first tee.

“Wait,” he said, looking at the friend who’d brought him “so, you’re telling me that all I have to do is hit this ball into that hole? And no one is even trying to stop me? Or tackle me? And there’s no buzzer?” Chuckling, he hit the ball straight as an arrow and became an instant pro.

For him, it was easy.

For me, it was anything but.

Yet, whether it was easy or difficult, there was one it had in common for the both of us: it was simple.

Put the ball in the hole. Pretty straightforward, when you think about it.

Now, without being too flippant about comparing the two, the same goes for the Gospel of Jesus Christ. In the chapters for this week, Paul goes to some lengths to describe the simplicity of the Way of Christ. From outlining the standard of knowing the truth by two or three witnesses to discerning true messengers from those who only pretend to be, he warns his readers to beware anything that could pull them away from Christ’s simplicity.

In 2 Corinthians 11:3, he writes, “But I fear, lest by any means, as the serpent beguiled Eve through his subtilty, so your minds should be corrupted from the simplicity that is in Christ.”

Even in the days of the Church’s infancy just after the Resurrection, there was already so much in the world capable of distracting the ancient saints from holding true to the simple truths of the Gospel.

This simplicity has been a key characteristic of the Gospel throughout the scriptures.

When Naaman, the captain of Syria, wanted to be healed of his leprosy, he was furious when the prophet Elisha asked him to wash seven times in the Jordan River. It was too simple for his tastes. It was not until one of his servants stopped him that he came to his senses and returned to the simplicity of Christ. “My father,” the servant told him, “if the prophet had bid thee do some great thing, wouldest thou not have done it? How much rather then, when he saith to thee, Wash, and be clean?”

When Lehi and his family had to rely on the Liahona to guide them through the wilderness, all they had to do was look to the directions on the ball and, according to their faith and obedience, the Lord would direct them. If they disobeyed, the ball wouldn’t work. Simple.

When the children of Israel were assailed by fiery flying serpents, Moses built a brazen serpent to heal them. All they had to do was look and they would be healed. Look and live. Simple. “Many did look and live,” Alma explains, but, clarifies Nephi, “because of the simpleness of the way, or the easiness of it, there were many who perished.”

The ancient Israelites departed so far from this simplicity that their “looking beyond the mark” became almost a thing of legend. “Behold,” wrote Jacob, “the Jews were a stiffnecked people; and they despised the words of plainness, and killed the prophets, and sought for things that they could not understand. Wherefore, because of their blindness, which blindness came by looking beyond the mark, they must needs fall; for God hath taken away his plainness from them, and delivered unto them many things which they cannot understand, because they desired it. And because they desired it God hath done it, that they may stumble.”

The plainness and simplicity of Christ were to the Jews a stumbling block and to the Greeks foolishness. So, what is He to us? Can we, as Alma asked his people long ago, remember Him? Can we? Do we?

One way that Paul teaches us to remember Him is, as he wrote, avoid the subtlety of Satan who ever tries to pull us from the simplicity of Christ. How does he distract us? Perhaps the most pervasive method of all—more than washing in the Jordan or looking at a brazen serpent—is distraction—filling our minds and time with so much fluff that there is no more room left for Him at all.

“In your generation,” said James E. Faust at a BYU speech years before iPhones and Wifi, “you will be barraged by multitudes of voices telling you how to live, how to gratify your passions, how to have it all. You will have up to five hundred television channels at your fingertips. There will be all sorts of software, interactive computer modems, databases, and bulletin boards; there will be desktop publishing, satellite receivers, and communications networks that will suffocate you with information. Local cable news networks will cover only local news. Everyone will be under more scrutiny. There will be fewer places of refuge and serenity. You will be bombarded with evil and wickedness like no other generation. As I contemplate this prospect, I am reminded of T. S. Eliot’s words, “Where is the wisdom we have lost in knowledge? Where is the knowledge we have lost in information?”

In a more recent General Conference, Elder Homer of the Seventy compared such spiritual suffocation to what “mountain climbers commonly refer to…as the ‘death zone’ because at those heights there is not enough oxygen to sustain life…If we spend too much time in faithless places, seemingly well-intended voices deprive us of the spiritual oxygen we need.”

What will distract us from Christ? Or, as Paul asked long ago, “Who shall separate us from the love of Christ? shall tribulation, or distress, or persecution, or famine, or nakedness, or peril, or sword?”

No, Paul says. Nothing can take us from the simple love of Christ. For, as Paul said, “we are more than conquerors through him that loved us.”