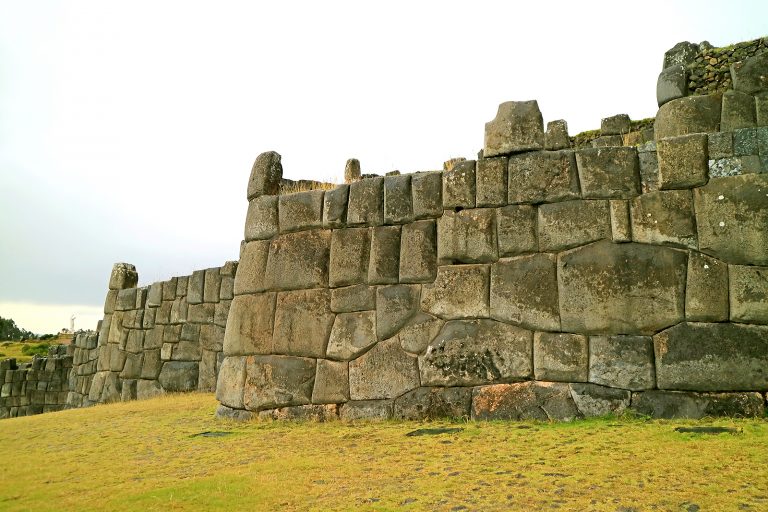 Think of it. Samuel the Lamanite literally climbs on top of a city wall and preaches repentance to the wayward Nephites, narrowly escapes death, then disappears without a trace, never to be seen again. This must have been a dramatic episode, to say the least. But the story gets most interesting to me after Samuel steps out of the picture. In the beginning of a short little verse after his story comes to an end, we read about the effect that his miraculous deeds had on the people whom he’d so diligently served.

“And there was,” reads Helaman 16:12, “but little alteration in the affairs of the people.”

In other words, things hardly changed at all.

In my more honest moments, I confess to myself (and sometimes even to my students) that I live in dreadful fear of this sort of thing. What if, after all my preparation, after all the planning and praying and study, at the end of an entire semester, even one of my students said that what I’d done for them hadn’t made any difference at all?

In fact, this did happen once. At the end of the semester about a year and a half ago, I had my usual final meetings with each of my students one on one to talk about their final papers. My very last student was a young man (to remain nameless) who gave a halfhearted explanation of what was (if I’m honest) kind of a “blah” paper. But before he stood to leave my office he told me (right to me face) that he had learned nothing all semester and that my class had made no difference in his life whatsoever.

Now, we’d all like to think we’re better teachers than that. I sure thought I was. But in that moment I was crushed. How could all that I’d done for this guy have meant so little to him? “What could I have done more?” I began asking myself. “Where did I go wrong?” Because for me, any teaching that leads to a Helaman 16:12 situation in which there is “little alteration in the affairs of the people” I teach, is no teaching at all.

But again, if I’m honest, I’ve done the same thing to teachers of my own in the past. Certainly not to their faces, but perhaps to friends and family I have confessed that I felt their semesters with me were an enormous waste of time.

On the student side of this depressing equation, I felt justified as the victim—that the only reason I hadn’t changed in the course of a 14-week semester was the bad teaching of an even worse teacher.

But when the tables had turned and I was on the teacher’s side of things, all I could see was a bad student who hadn’t paid any attention in class, hadn’t applied himself in his assignments, and hadn’t opened his heart at all.

So, I ask myself, who is right? Student Isaac or teacher Isaac?

It is difficult to say in my case, but in the life of Samuel the Lamanite, it was certainly not the sermon that was lacking, for it was given to his heart by the Spirit. In his case, it must have been the Nephites who were at fault—a living example of ground made barren by hard hearts and a blind mind.

So, I ask myself as a student of both God and my fellow siblings on earth, what great miracle would it take for there to truly be more than a “little alteration” in my own affairs?

Samuel, it turns out, can help us answer this question, too. Miracles and signs, we learn, are not enough on their own to create this kind of change. The Nephites in Helaman 13-16 saw signs and wonders all the time, yet they continued to harden their hearts and turn a blind eye upon the things of the Lord. If it is true that, as Alma taught his son Helaman, by small and simple things are great things brought to pass, what are those things so simple and small? And what kinds of great things do they bring about?

Well, I’ll give you an example.

My big brother is 4 years older than me. In my earliest childhood years, I thought he was the coolest person alive. It seemed like I was always begging him to come play with me when all he wanted to do was hang out with the cooler, older kids he called friends.

We remained close through college and into adulthood, which is what makes this story so special to me. Being so close to him, I always knew my brother was faithful in the Gospel, but never…is “churchy” a word? Well, whatever the word, he wasn’t that, strictly speaking.

But recently, he’s had a change of heart. If you knew him, you might even call it a mighty change. But neither the means of that change to the evidence that it ever happened are very big. The moment happened during the last general conference: nothing special, just a dad trying to keep 4 kids under the age of 8 from killing each other while watching church on TV. It was small and it happened while doing something ordinary or, at least, a lot less extraordinary that climbing a mountain or making a pilgrimage to Jerusalem.

And the change? He’s started texting the family variations on the theme of “I love you, my family” or “I miss you” multiple times a week, sometimes even every day.

This simply act of reaching out to everyone has brought our family together in ways that I would hardly have guessed even if an angel had appeared before us. We laugh more, share more, communicate and call more. I’d even dare to say we feel more comfortable saying “I love you” more often and, with this verbal evidence of our love, we find ourselves loving each other all the more.

How? Simple. He was watching conference.

What happened? Simple. He started texting his family.

What really happened? A miracle.

Friends, we have so many lessons the Lord is throwing down to us every day, like the perfect set in a game of volleyball just ready for us to spike it across the net. But what do we do with these little gifts? What do we do with prayer? Repentance? The scriptures? The words of our living prophets?

As a guilty culprit of this course of action all too often, I invite myself together with all of you that we do something with all these gifts. Simple? Yes. But so was the Liahona, Moses’ brazen serpent, and the prayer of a farm boy in 1820. May it never be said of us as it was said of these Nephites of old, that after great though simple gifts from God, we simply went about our lives with but “little alteration” in our affairs. Instead, let us use these simple gifts to take simple steps toward great things. I know He will be with us as we do so.

Thank you Isaac. This one hit me right on the head. I don’t want to face the Lord and find that after all the help and guidance He gives me, there was little alteration.