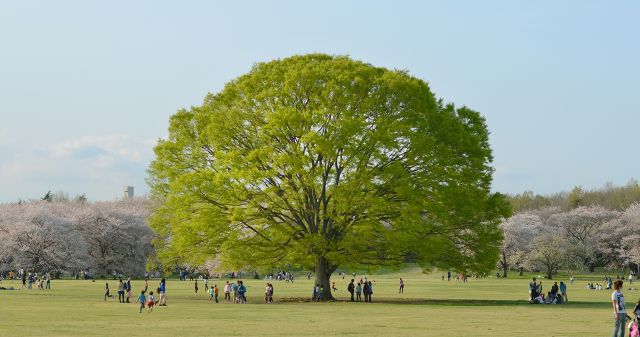 Come, Follow Me for Sunday School: “Be Reconciled unto God through the Atonement of Christ”, Jacob 1-4

Jacob had a rough life: born in the desert, never knowing the home from whence he fled only to sail in a curious ship to a place he knew nothing about. But despite these trials (and maybe even because of them), Jacob beheld the glory of God in his youth and was “blessed even as they unto whom he [would] minister in the flesh.”[1]

But the trials didn’t stop there. At the end of an arduous journey through punishing terrain and treacherous seas, he arrived with a family divided. Forced to make a choice he never asked for, he followed one brother only to lose the other two.

We get a glimpse of how hard this must have been for him in one of the very last verses he wrote. “The time passed away with us,” he said, “and also our lives passed away like as it were unto us a dream, we being a lonesome and a solemn people, wanderers, cast out from Jerusalem, born in tribulation, in a wilderness, and hated of our brethren…wherefore, we did mourn out our days.”[2] In short, Jacob had a hard time, and maybe even felt depressed. But in this midst of it all, he chose Christ, and so chose hope—and that made all the difference.

1. How to Obtain Hope

I recently went through a bit of a rough patch and, to make a long story short, found myself in need of some hope. So, I went to the scriptures to find it. But as I searched and searched, I couldn’t find instructions on exactly what I needed to do to actually find hope.

And then I found Jacob, and there it was staring me in the face: instructions on how to find hope for someone who, a little like Jacob, had been mourning out his days.

Step one, he said, was to “search the prophets [read your scriptures].” The second was to remember all the times you’ve had an experience with the Lord, or what he called the “many revelations” of your life. Then, he said, “having all these witnesses we obtain a hope.”[3]

It may seem simple, but it’s right there: if we, like Jacob of old, sometimes watch life pass us by as if it were a dream, and even sometimes mourn out our days, all we have to do is look for the hand of the Lord in the scriptures and in the recollections of our life experience, and we can begin to attain a hope. Jacob, of course, does not say that this is a cure-all for any kind of sadness, and certainly not for clinical depression. But he does promise that, if we want to begin to find hope, we must look for evidence of the hand of the Lord in these two places and then that witness will bring hope to our hearts.

It did for me then. It can do so for you now.

2. Why God Shows Us Our Weakness

I often wonder why God shows me how imperfect I am literally on a daily basis. I’ll give you an example that happened as I was writing this very article. I started writing on a rather hectic day when things had been more busy than usual. I’d been working for about an hour when suddenly I realized that I hadn’t prayed to ask the Lord what I should write about, or even to help me at all. When I stopped to say a silent prayer for help, I immediately felt the words, “You’ll have to start over.” I wasn’t excited at that idea, to say the least, but the moment I accepted it (it took a bit, I’ll admit) the Lord helped me write an outline of the article that made much more sense and quickly felt right.

Now, I ask myself, why didn’t He just give me that inspiration right off the bat instead of making me write for an hour or so before stopping me and having me start all over again?

Jacob gives us the answer.

“The Lord God showeth us our weakness,” he said, “that we may know that it is by his grace, and his great condescensions unto the children of men, that we have power to do these things.”[4]

He’s not being mean, nor even giving us trials. But He does allow our weaknesses to show so that we may know for certain, and always continue to know day by day, that, as He said in the New Testament, without Him, we can do nothing.

This is the doctrine of grace: that without Him, we are weak, but with Him, all things are possible.

3. On Getting What You Want

“Seek not to counsel the Lord,” Jacob tells us, “but to take counsel from his hand.”[5] But what if we want something really, really bad that He isn’t ready to give us?

Maybe if we keep asking, He’ll eventually just give in and let us have whatever we want? I mean, it works for some 4-year-olds I’ve known with their parents, so why not us with our Heavenly Father?

The difficult truth is that it does work. Indeed, it has worked on several noteworthy and harrowing occasions that didn’t exactly end well for the 4-year-olds in this scenario.

When the Ancient Israelites wanted a king so that they could be like other nations, the Lord initially said no. But when they insisted without hearkening to His counsel, He eventually gave in and granted them their wish. But it didn’t go well. From that moment on, it could be said—from the very moment when Saul was crowned king of Israel, things started going downhill. Demanding a desire of the Lord without hearkening to His voice, even if it’s not exactly the answer we want to hear, is never a good idea, because instead of continuing to say no, He may just eventually say yes, and the dire consequences that He foresaw for which He forbade the choice in the first place surely come to pass.

When Joseph Smith asked if Martin Harris could show the plates to his wife, the Lord said no three times. But when he didn’t listen, the Lord eventually gave Joseph what he’d asked for, for which Joseph suffered deeply. Dissent seems a dead-end road to the joy the Lord promises.

And finally, Jacob gives the hardest example of all.

“Behold,” he says, “the Jews were a stiffnecked people; and they despised the words of plainness, and killed the prophets, and sought for things that they could not understand…for God hath taken away his plainness from them, and delivered unto them many things which they cannot understand, because they desired it. And because they desired it God hath done it, that they may stumble.”[6]

Because they wanted something more complicated than the Gospel of Christ, God eventually gave it to them—not for their joy, but to their condemnation “that they may stumble.” In our present day, in the midst of so many opinions and voices and choices, do we run the risk of demanding the Lord change His ways to meet our ideas of what His Kingdom should be? If so, my friends, let us look to the patterns of the scriptures and be fully aware of how well that plan has gone for our predecessors. It didn’t go well for them. It cannot go well for us. Let us hope that those demanding voices of dissent never grow so loud that the Lord, growing weary, eventually gives us what they want that we may stumble. Instead of all this, let us, again, hearken to the counsel of Jacob:

“Seek not to counsel the Lord,” he says, “but to take counsel from his hand.”[7]

If we trust in Him instead of telling Him how to do His work, we will always, always find joy. Always.