Come, Follow Me for Sunday School: “Be Perfectly Joined Together”, 1 Corinthians 1-7 | Meridian Magazine 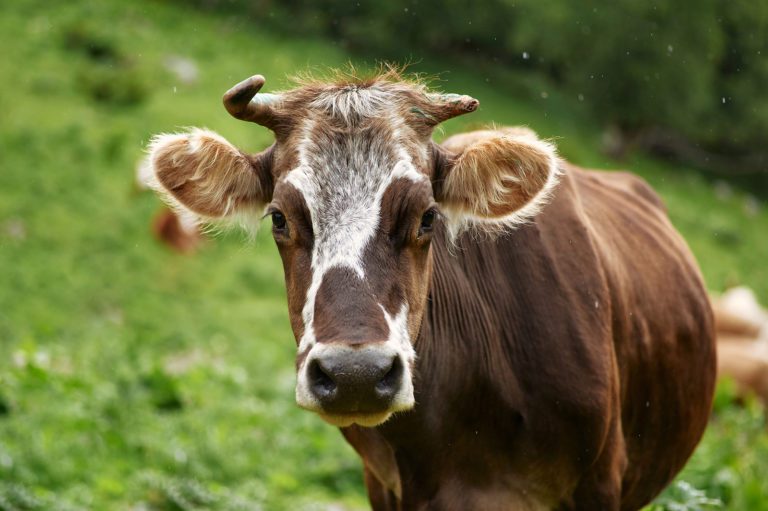 Come, Follow Me for Sunday School: “Be Perfectly Joined Together”, 1 Corinthians 1-7

On the Foolishness of God

Long ago, a rabbi and his disciple came upon a small cottage where they were greeted by a beautiful, though very poor little family who freely gave of what little they could from the vacant nooks of their threadbare kitchen.

Before long, the two visitors left to continue their journey. Making their way down the path, the rabbi suddenly stopped. Just beside him stood a single, sickly cow—the family’s only source of income—staring fixedly at the strangers.

And the old rabbi stared right back.

Waiting patiently, the disciple half-expected his teacher to leave the family his blessing. But to his horror, he heard the old rabbi mutter not a blessing, but a curse—not on the family, but on the cow, from which the Rav had never once removed his gaze.

Then, turning his back on the cottage, the rabbi walked boldly onto the road with his disciple in tow, still reeling in confusion.

They soon came upon a mansion, but instead of a warm and open welcome, a scowling face rudely told them to leave and never return.

And so, they walked away, down the steps that led to the porch and past the pristine gardens. Suddenly, a great tree which had cast its shade across the whole estate fell, crashing on the path behind them.

Surely, the disciple thought with relish, he had missed the hastily-muttered curse the rabbi had used to fell the tree.

But, just as before, the disciple watched, dumbstruck, as his rabbi turned to the tree behind them and, glowering at the fallen trunk, winked, whereupon the tree, as if brought to life, stood upright, just as it had been before its fall.

The disciple could not believe his eyes. “How could he have done so great a thing for one so undeserving?”

Again, without a backward glance, the rabbi shuffled down the road to the journey that lay ahead.

Just before dark, they arrived at the edge of a small village where a crowd had gathered for prayer in the synagogue.

After the end of the meeting, as the townspeople filed outside, the travelers had high hopes. Surely, at least one of these people would invite a travelling rabbi to dinner.

But to their dismay, none had asked them who they were, why they were there, or where they were going.

After a moment, the rabbi lifted his eyes, extended his hands to the town, and said, “I bless you all to be roshei kehilah (ראשי קהילה)—heads of your community.”

At last, the disciple had had enough.

“Why?” he asked, perhaps a little louder than he should have. “Why have you done all these strange things?”

“I will tell you,” he said. “But because you doubted, you will no longer travel with me for a time.”

“The people of this town,” began the rabbi, “treated us with disdain. So, there could be no greater punishment than for each one to think that he, and no other, was the head of the community. In never giving deference to their fellow men,” he continued, “this village may be plagued by discord, strife and contention for many years to come.”

“At the house of the rich man who sent us away, my wink did heal that tree. But what neither you nor anyone else could see was that, hidden under that tree lay a buried treasure that the rich man did not deserve and certainly would have put to evil use.”

“I restored the tree,” he said, “to prevent his ever finding it.”

“But rabbi,” said his companion, still impatient for an answer to his most pressing question, “what of the family? Surely they did not deserve a curse for their kindness.”

“Certainly not,” replied the master, “but before we ever arrived, there hung already upon that house a curse of death. It lay upon that poor family’s mother. And she surely would have died had I not exhausted nearly all my favor with Heaven to transfer that horrible curse to the least valuable living thing I could find at hand.”

“The cow?” asked the student, understanding dawning upon his face.

“The cow,” replied the Rav. “Hard times lay ahead for that poor little family,” he said, “but perhaps it is worth it when you consider that, at the very least, they will still have their mother.”

“We see God through a window,” said the rabbi. “The darker the window, the more we only ever see ourselves. But as the window becomes cleaner it also becomes clearer, and we begin to see ourselves less and less as we start to see Him all the more.”

This principle surfaces again and again throughout the standard works. God works in ways that we can’t understand and part of the purpose of mortality is for us to trust Him despite our not knowing exactly why.

In 1 Corinthians 1:25, Paul wrote that “the foolishness of God is wiser than men; and the weakness of God is stronger than men.” How many times have we looked at the circumstances of our own lives and asked questions for which we had no answer? I know I have been driven to my knees time and again by lessons I did not want to learn, or at least not in the way God wanted me to learn them.

This scripture is one of my mom’s favorites, which is probably one of the reasons I find it so frustrating. Nearly every time I’ve called her to talk about hard things going on in my life or to ask why such and such thing isn’t going the way I wanted it to, she pulls this verse from her memory and shares it with me.

The same principle pops up in another of her favorite scriptures, Proverbs 3:5-6: “Trust in the Lord with all thine heart; and lean not unto thine own understanding. In all thy ways acknowledge him, and he shall direct thy paths.” I can hardly even read that verse without hearing it narrative in my mom’s voice, frustratingly warm-hearted and patient all those times I didn’t want to trust God, only understand exactly what on earth He was doing.

But there is hope. Rather than allow the gap between our understanding and God’s wisdom to become, like Paul warned, a “stumblingblock,” there is hope in the scriptures for us all.

Later on in that passage from Isaiah 55, the Lord explains that we have reason to hope. “For as the rain cometh down,” He explains, “and the snow from heaven, and returneth not thither, but watereth the earth, and maketh it bring forth and bud, that it may give seed to the sower, and bread to the eater: So shall my word be that goeth forth out of my mouth: it shall not return unto me void, but it shall accomplish that which I please, and it shall prosper in the thing whereto I sent it.”

Typical of Isaiah, this might be a bit difficult to understand at first blush. In a nutshell, he’s using rain as a metaphor. Just as rain, once it has fallen, can’t be just sucked out of the ground and shoved back into the clouds it came from, so, too, are God’s promises irrevocable. There are no “take-backs” when it comes to the promises of the Lord. He will always be there. He will always fulfill His promises. Though it may seem like foolishness to us at times, or even most of the time during particularly hard trials, He will never go back on His word.

Let us trust Him, then, or, as Paul goes on to explain in 1 Corinthians 2:9, “Eye hath not seen, nor ear heard, neither have entered into the heart of man, the things which God hath prepared for them that love him.”

Think of it. Really. Recall to your mind and heart the best day of your life. Maybe it was your wedding day, the birth of your first child, or something a little less eternal, like a visit to Disneyland.

Then try to imagine the best day ever, anything goes. Maybe it’s a day free from a debilitating disease, or to see a loved one again, or, again, for some it might just be a day as a student at Hogwarts.

Whatever the case, whether in treasured memory or our most brilliant imaginings, the blessings the Lord has in store for those who love and trust Him are, just as the ways He gets us there, higher than what we could possibly imagine, just as the heavens soar above the earth.

And though the world may call it foolishness to place our hope in such things, but we have the promise that by such small and simple things as hope and trust “are great things brought to pass.”[ii]