Come, Follow Me for Sunday School: “Be Not Soon Shaken in Mind, or Be Troubled” | Meridian Magazine 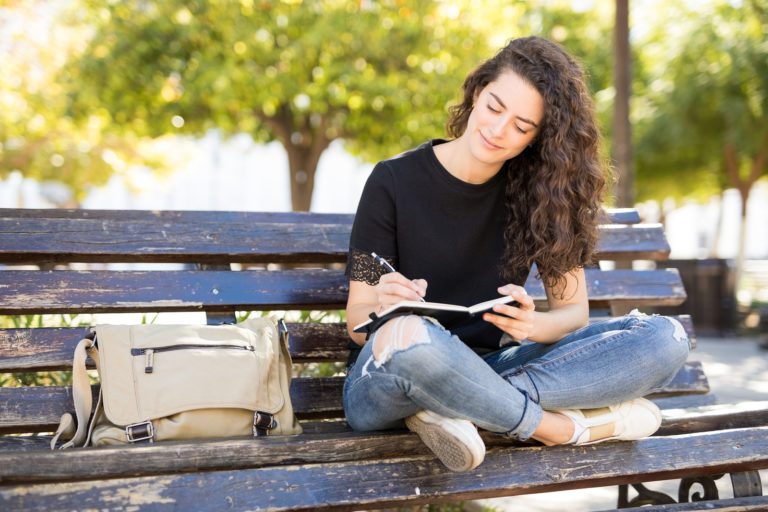 Come, Follow Me for Sunday School: “Be Not Soon Shaken in Mind, or Be Troubled”

It was late in the afternoon, beautifully sunny outside and I was a substitute, very much not outside. Teaching a class only once seemed hard enough, if only the topic had been a little easier. But it wasn’t. I had been asked to teach on the nature of holiness itself, a task that, since I’d received the assignment, had almost haunted me. How was I going to teach something so complicated in just an hour? It seemed impossible. But as I went over some notes that I’d collected over the years in trying to answer this very question, I ran across a verse of Jewish scripture that I’d found years ago. “From my teachers I have learned much,” began the saying from an ancient rabbi, “and from my peers, even more; but from my students I have learned more than from all the rest.”

It hit me like a ton of bricks. I was going about this all wrong. I didn’t need to fill my students with years of cold, hard information, cramming as much as I could into 60 minutes. Instead, I needed to listen—to have a discussion and share whatever they were ready for.

I’m glad I did, because that day I learned more from my students than I had from my teachers.

“Holiness,” said one student, a freshman, when I’d asked the class for a definition, “isn’t just what happens before something else. That preparation is key, but it’s not the end. The most important part of holiness is what happens afterward. It’s the reflection you do about what you’ve learned. It’s how you treasure it once you’ve received it. That,” she concluded, “is what people most often forget.”

The rest of the class was, I’ll admit, a bit of a blur. Her statement hit me that hard. And as I’ve thought about what to share from Thessalonians at this specific time of year, her teaching came to mind again.

In the weeks and even months leading up to General Conference each passing year, we hear messages about how to prepare to hear the word of the Lord as spoken through His living prophets. There are articles in the Ensign, videos on the Church’s website and even the occasional op-ed in a Utah newspaper. Apart from that, at least in my family, there are ingredients to buy, meals to plan, travel arrangements to be made and coloring-book-worksheets and Conference appropriate crosswords printed out for the kids.

And I can only imagine that the preparations we do as families pale in comparison to the frenzy of planning and logistical arrangements that need to be made at the Conference Center in Salt Lake. Web design, lighting, radio broadcasts, choir rehearsals, talk translations and arrangements for tickets, parking and seating. All in all, it’s my impression that we’ve got the “preparation” part of Conference down to a science.

And this, according to my student, is a crucial first step. “Organize yourselves,” said the Lord, and “prepare every needful thing.” (Doctrine and Covenants 88:119). And I suppose that, though not perfectly, we all did our best before conference to do just that. But here is the message my little freshman student gave me and which is reiterated in Thessalonians this week: receiving the word of the Lord is not just about the preparation we do beforehand. In fact, that’s just the dress rehearsal. Even being fully present and intentional during Conference itself, though crucial to its sanctification in our lives, is not the end, either. Rather, said my student, we truly receive the word of the Lord as given by his servants the prophets in how we treat it once it’s been said.

For most of my life, I’ve placed a great emphasis on my preparation for the divine and sacred learning that goes on during Conference weekend. I’ve made it a point to decide, long before I hear any of the talks themselves, that what I hear on those two days will be “the will of the Lord…the mind of the Lord…the word of the Lord…the voice of the Lord” (Doctrine and Covenants 68:4) for whether by His voice of the voice of His servants, “it is the same.” (Doctrine and Covenants 1:38). This was, I thought, the most important thing I could do to consecrate my learning during Conference. But, as I learned from my student that day not so long ago, there is a learning that happens after learning—one that perhaps makes it more sacred even than the preparation that goes into the learning moment itself. That is the treasuring up in our minds continually the words of life (see Doctrine and Covenants 84:85) is all about. It’s not just about preparation, but about how you treat the gift of learning once you have received it.

Standing with my student, I suggest that what we do with the words of the Lord given at Conference now is even more important than what we did to prepare for them beforehand.

I once gave my dad a Christmas gift. It was a hairbrush made from wild boar bristle (he likes a firm hairbrush, I guess). Unlike any gift I’d ever given him before that, this was the only one I’d seen him use nearly every single day from the time he received it. And I can hardly see him run it through his gray hair without smiling and maybe even chuckling a little to myself, for it gives me so much joy to see that he hasn’t forgotten it as happens with too many of the gifts we give our loved ones.

The point of this parable is this: he shows me he treasures my gift by using it every day after the moment he received it. Frankly, I don’t remember at all what it was like when I gave him the gift. I don’t remember if his reaction was good or what color the wrapping paper was. But I only need a moment to recollect to my mind how happy I am that he actually uses it day after day and that it brings him joy.

Friends, like the Thessalonians, let us bring joy to the Lord and to His servants, the prophets, by treating their words–His words—like the treasures they are, using them like my dad uses his funny hairbrush: every day, every day, every day. In doing so, the words of God will “effectually work within us,” and their sanctity and power will only grow in the reading and in the living. “Be not weary in [this] well doing,” wrote Paul both to them and to us, for herein lie some of the greatest treasures the Holy Ghost has yet to reveal to each of us.