Come, Follow Me for Individuals and Families: “The Word of God Grew and Multiplied”, Acts 10-15 | Meridian Magazine 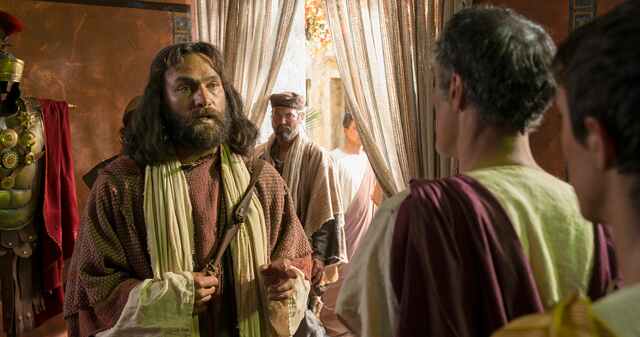 Come, Follow Me for Individuals and Families: “The Word of God Grew and Multiplied”, Acts 10-15

Our family has loved reading together in the book of Acts and learning how Christ’s disciples figured things out for themselves after His resurrection.

In chapter 12 we read of Peter’s capture and the prayers of the early Saints on behalf of their Prophet, having just witnessed the martyrdoms of James and Stephen.

That tale of the angel’s brusque awakening of Peter and the subsequent mission-impossible-like escape from prison on the very eve of when the Jews would celebrate their deliverance from Egypt has become one of our favorites.

In verse 11 Peter upon finding himself delivered speaks:

“…Now I know of a surety, that the Lord hath sent his angel, and hath delivered me out of the hand of Herod, and from all the expectation of the people of the Jews.”

The Jews didn’t expect Peter to make it another day. Peter’s own friends thought it more likely that his ghost had returned than the man they loved, but Peter in that singular moment saw that God had a purpose for Him and that nothing would thwart that end. God was looking out for His children and His Church and his Saints would have access to miraculous power to ensure their preservation no matter how bitter the persecution so long as they trusted in Him.

This grateful message and the last part about being delivered from expectations got us thinking about the way in which God often defies, exceeds and hopefully in time expands our expectations of who He is and our relationship to Him.

Throughout the remainder of the reading we were impressed as the apostles received revelation line upon line for the Church concerning the preaching of the Gospel to the Gentiles.

We thought of what a tight-knit and closed community the Jews had been.

They were a people whose sense of self-worth at times emanated less from a sense of divine approbation than it did from a scornful contrast with their neighbors.

Being God’s covenant people was all well and good it seemed, but only inasmuch as it excluded others and entitled them to a sense of “holier-than-ness”.

This led us to ask questions about exclusion generally.

Then we spoke of inclusion and of the way the Savior had been laying the groundwork for the Gospel to spread beyond borders of Israel throughout his ministry.

Examples we thought of included the parables of the Good Samaritan and the laborers along with His ministering to the Samaritan leper, the Samaritan woman at the well & much of her village, the Roman Centurion’s servant and the Greek woman and her daughter many whom were extolled for a faith that exceeded all that the Savior had found in Israel.

As we thought of this and the subsequent visions of the Centurion Cornelius and Peter in this portion of Acts, we wondered:

What lessons Christ was trying to teach?

1) On its surface, it appears that God may have been seeking to inspire the Jews to shape up spiritually, citing the examples of their less-worthy and poorer-in-heart neighbors in hopes that it would rouse them to a sense of what they ought to be about as God’s chosen. If they can do it, so can you!

2) Digging a bit deeper though, we thought of the drastic change this must have been for this people of such entrenched tradition.

Tradition, symbolism, sacrifice, ordinance and the Law had been ingrained so well for millenia and now they were being asked to change in a way that accounted for an entirely different perspective of divinity.

We talked about this pull between tradition and change, roots and branches:

– Which is more important in our lives right now?

– How do we work to balance and encourage both sides of ourselves so that we neither stagnate nor lose our sense of purpose and identity?

3) “What God hath cleansed, that call not thou common”

This part of the lesson was perhaps the most profound.

As humans, we are prone to judgement and we grasp with relative ease the principles of justice. We generally have no qualms with people getting precisely what they deserve. We can imagine a perfectly just God establishing standards and keeping score.

More difficult for us to comprehend, is the idea of a perfectly just God who is likewise perfectly merciful.

This example of Christ’s perfect love cleansing the Gentile nations and pouring out his spirit upon them is not simply an indictment of a corrupt Jewry, rather it is and may be viewed as a means through which God was trying to open the eyes of those who had closed them to such a divine brilliance since Sinai.

Through divine revelation, God was seeking to surprise his own people, those Christ lamented he would so oft have gathered, in hopes that they might say:

“If God could so abundantly bless, lift, cleanse and utlimately crown the very people we have spent our lives despising…then perhaps he could love me.”

This idea of a God who is more gracious, more loving, more caring and capable of blessing us than we may have dared to believe is a powerful principle. It encourages our best in obedience and willing sacrifice while allowing God’s mercy to work its wonders beyond all our expectations. It engenders a deeper gratitude and to love for him that over time brings us to that charity which is the pure love of Christ.

Loved your insights. Thanks for sharing.