Come, Follow Me for Individuals and Families: “Remember the Lord”, Helaman 7-12 | Meridian Magazine 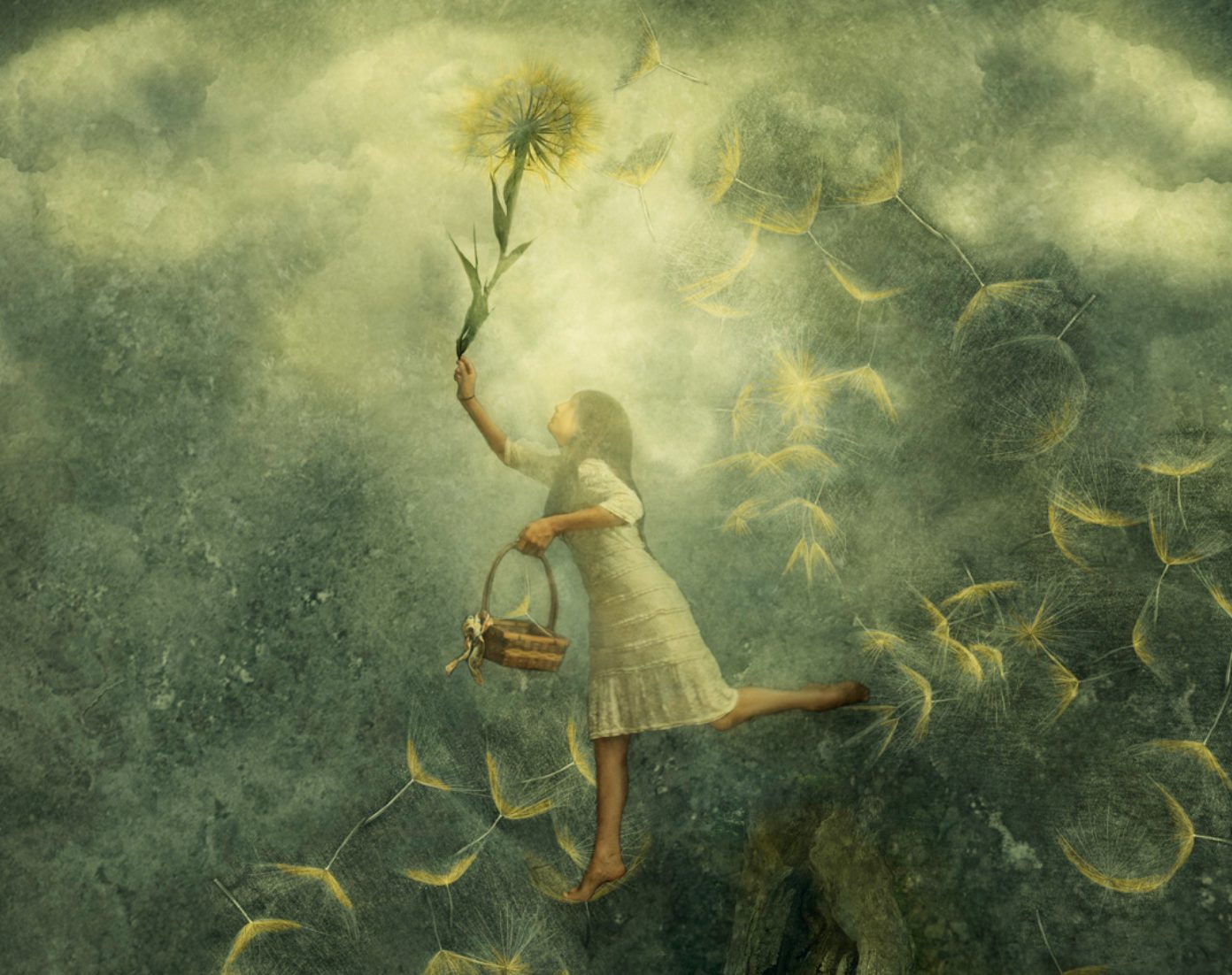 Come, Follow Me for Individuals and Families: “Remember the Lord”, Helaman 7-12

We begin this week in an era that should have been the high point of Nephite civilization.

Thanks to the spirit that had wrought upon the Lamanites, that entire nation had been brought to an understanding of the atonement and open reception of Christ’s Gospel in their lives.

With this new and beautiful perspective on life they had found real purpose and had abandoned their centuries old conflict with their Nephite brothers.For the first time in nearly 600 years, the Lamanite scourge God had promised to stir up the Nephites in remembrance was no more.

There was peace throughout the land. Without foreign aggressors, trade opened, industry thrived, new frontiers were opened and a season of unprecedented economic prosperity began.

It should have been a golden age, but without the backdrop of severe adversity, the focus became just about the gold. People became comfortable. Civic duty and sacrifice gave way to societal competition and comparison.

Instead of focusing inwardly in thanksgiving for the increase and bounty they had received, they looked outwardly, entering the never-ending rat race of finding someone with less to gloat over and someone with more to envy.

These were as those in Nephi’s vision of the Tree of Life, who having tasted the fruit of the Tree, became distracted by the cat-calls and scorn emanating from the great and spacious building and who forgot the one thing that could fill their souls eternally to pursue after that which can never satisfy.

And so Nephi, whose own missionary efforts were made this state of peace possible, is rejected in the new industrial centers of the North by those who can’t manage to remember what all this work is for.

Returning to Zarahemla he finds the Nephite democracy of less than 70 years in tatters, having been corrupted from within by those who felt that wealth and ambition should trump the law. Election by the voice of the people has given way to succession by assassination by whoever wants power badly enough to take it by force.

As Lehi left Jerusalem, his counterpart Jeremiah was lamenting the fall of Judah from God’s grace. At this point in the Book of Mormon we have come full circle with Nephi’s lamentations, wondering and crying that a people who had been given so much both spiritually and temporally could have forgotten so quickly and so completely.

Nephi was moved to speak God’s truth to the people of his day in hopes of them hearing and returning to God.

Unfortunately, while his words received a lot of publicity they were treated first as entertainment and then as sedition by those who saw the danger such ideas posed to their hold on power and his frankness in exposing their “secret works of darkness” (Helaman 8:12).

They would have taken Nephi and put him away right then, but for one thing. They had an audience, some of whom decided to speak up on Nephi’s behalf.

Those doing so were not necessarily the most powerful, connected or well-known people of that society. They were simply individuals who heard what the prophet was teaching with open ears and who responded to the truths that began to stir within them as they listened.

Those voices were, for a moment, all that stood between the Prophet of God and a sentence of death and they gave the prophet space to continue teaching and reminding his people of their heritage as the children of Israel and God’s covenant.

Reading this we thought of how important it is for us as to listen to God’s voice and to speak up in defense of truth and freedom even when we might think our own voice seems small or insignificant. The truth bears its own power and the spirit carries it if we will only speak it.

When the people refuse to hear those pleas to recall who they are and their real purpose in life, beyond getting gain and amassing power, Nephi tries to open their eyes by revealing the depths of their fall and shining light on a secret murder of the Chief Judge Seezoram.

In all the wonderful whodunnit mysteries ever penned, there is nothing quite like Nephi’s accusation and exposure of Seantum.

In a crime that without witnesses and without ever witnessing the scene himself, Nephi lays out in fine detail the murder, the connection to Gadianton’s band and the dialog that would play out as the guilty would be led to confess his crime without coercion.

This is one of the most detailed prophecies in all of scripture, but of particular note is Helaman 9:36 where Seantum states to his accusers that “Nephi [knows] nothing concerning the matter save it were given unto [him] by the power of God.”

There is no logical reason for Seantum to acquit Nephi and acknowledge God’s hand in this manner. And yet he does just that, even as Nephi prophesied, simply because the Lord’s power is at work.

It’s as if God is saying: “You are my children, I care about you and I know your hearts. You’re not going be able to hide anything from me, so quit focusing on that and focus instead receiving and making the most of those gifts I’ve offered you so freely beginning with the chance to change.”

For many this moment was enough to acknowledge those truths. For many though the self-inflicted blindness continued.

Easy to be Entreated

When Nephi was given the sealing power and used it to stop the rain from falling, famine came and, in their affliction, his people started to remember about the more important things in life and to repent.

Following their repentance and divine relief and sustenance, the forgetting began again. Even the scourge of the Gadianton robbers was not enough to get the majority of the people back on track until they, once again, threatened their very existence.

This series of plagues and pestilence meant to soften hardened hearts got us thinking. We are naturally prone to turning to God in our affliction. We sometimes lose that focus on God’s hand in our lives when life is going “according to our plans.”

The Lord wants us to become easy to be entreated, sensitive to His spirit and communication, cognizant of His work and will in our lives without needing the backstop of devastation and extreme adversity to propel us forward.

He wants us to really remember Him. Not merely to memorize Gospel truths, but to internalize them, to reflect upon them, to feel them deeply as we call them to mind and heart again and again until they become part us, woven within our souls and engraved upon our countenances.

Among an early morning seminary class sometimes prone to drift off mid-lesson, if one of us was woken by the teacher with a question about what we should do, the big three were usually a safe bet:

They were repeated so often through the years they achieved became somewhat cliché. Yet thinking back and knowing what we now know, these very things could are some of the most powerful tools the Lord has provided to counteract our natural forgetfulness and to remember the Lord.

Stories to Live By

In the scriptures we are given powerful stories, examples (both good and bad), testimonies and teachings that given sufficient time and study, will grow to become part of who we are. We are blessed to learn the ways of the Lord through His people’s experiences past, without having to suffer all the tribulations, or to make all the poor decisions they made.

Stories of family and ancestors can have a similar power in our lives. I (Eva) grew up under Communism and learned first-hand the privation of a life without the freedom to speak your mind, to worship God as your heart yearned, or to pursue ends that would improve your life and those of your family without sacrificing your beliefs.

I pray that my own children will (thankfully) never have that experience, but they will hear from my lips over and over my stories relating the wonder of the freedom they have, the nightmare of what it is to live without it and the importance of learning, living and making the most of that God-given freedom so that they might preserve it.

A Tradition of Contrition and Remission

Can’t you just all hear the voice of Tevye from the Fiddler on the Roof as he lauds the traditions that have preserved his people, his culture and religion through centuries of scattering and persecution.

Even as God gave His people the Jews powerful traditions to bring them to remembrance of their heritage and His hand in their lives, so has He provided latter-Day Israel with a plethora sacred traditions, temples, conferences, covenants, commandments, celebrations and the ordinances of salvation to help us be more constant in our repentance and returning to Him.

Honoring the Sabbath day and partaking of the sacrament are two of the most effectual means of refreshing our remembrance of the atonement and our great need for the Savior while renewing our faith in God’s light to guide our lives as it has so often in the past.

Even Holidays like Thanksgiving and Christmas with the traditions we create as families, are wonderful opportunities for reconnecting our lives with what matters most as we come together to remember.

Based on the prophet’s words concerning personal revelation, it’s seems likely that God is trying to talk to us more often and more fully than we realize. The most powerful means of tuning our souls more consistently to that divine frequency is through sincere prayer.

As we reach out with the desires of our souls and with thanksgiving for our God’s great mercy and love, we enter that wonderful place where our divine nature communicates directly with the Father in Heaven whose children we are. We learn to feel what He is feeling for us and those we care most about, we learn to hear His voice as He speaks comfort and courage, admonition and inspiration to our souls.

Prayer is also particularly potent platform for calling up to remembrance the hand of God. Indeed the very promise of God’s witness to our souls at the conclusion of the Book of Mormon is prefaced by the need to first remember, to reflect and wonder at God’s goodness and mercy in our lives and those who have gone before us, such that our faith can be honed and our souls prepared to receive the fulness of what God cannot wait to bestow upon us.

Along with these three powerful tools of remembrance, God has given us one other great antidote to the pride that accompanies prosperity and a life of comfort. That is to get outside ourselves and serve others.

Rarely do we feel greater gratitude for that which we have, than when we cease competing and instead start sharing with those who need what we have been given even more than we do.

Coming to give freely of our time, our means, our love, our understanding, our light and particularly of those riches of God’s spirit and the joy of the Gospel will bless and strengthen both the server and the receiver immeasurably.

She plucked it up; tight closed her eyes
Inhal’ed deep, a wish at hand
A thousand things, the stuff of dreams
All waiting for the breathed command