Come, Follow Me for Individuals and Families: “I Would That I Could Persuade All … to Repent”, Mormon 1-6 | Meridian Magazine 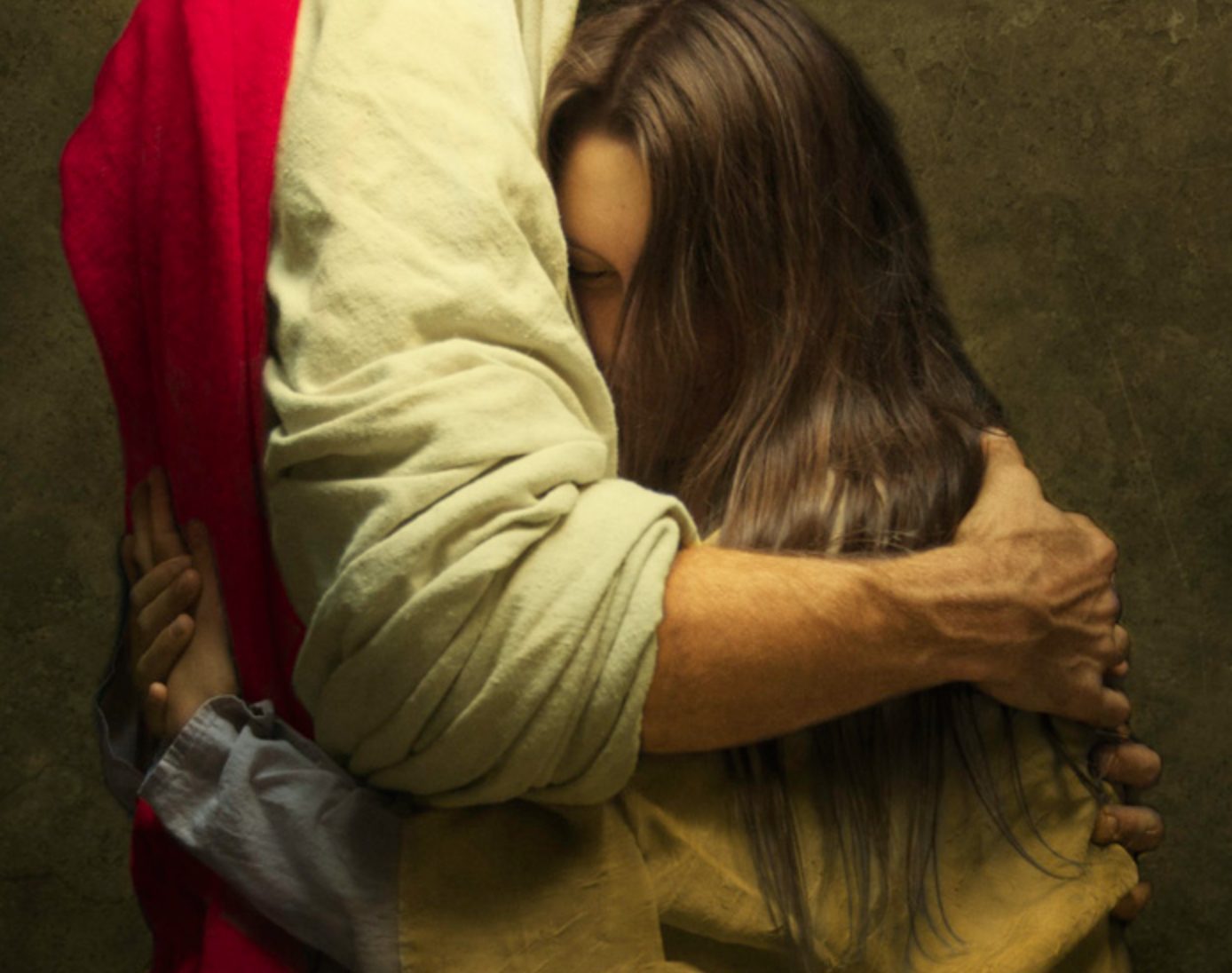 Come, Follow Me for Individuals and Families: “I Would That I Could Persuade All … to Repent”, Mormon 1-6

Called Upon to Close a Dispensation

The book we have the privilege of studying together this year is thanks in large part to the efforts and obedience of a single man whose life story is told in brief this week.

Much like Joseph Smith, Mormon was called as a young man to become an instrument in the Lord’s hands to bring God’s word to his people. Unlike Joseph though, Mormon’s task was not to open a dispensation but to close one in faithfulness.

At the young age of 10, Mormon was given the responsibility to preserve and prepare the record of his people upon which would be contained the truths of the Everlasting Gospel.

He probably didn’t understand everything about what that work would entail at the time but, over the course of years, his understanding grew and revelations provided insight as he dedicated His life to accomplishing God’s work.

Even as we feel grateful to Mormon, the account of his life is not easy fun to read. Filled with sorrow, regret and lamentation your heart just aches for this wonderful prophet called to close out and seal up a dispensation of the gospel as apostasy spread.

Mormon did not get to live at a time when the Church was thriving and God’s works and miracles were poured out in abundance.

He lived in an absolute dystopia, among a people who had forgotten and rebelled so long that God had withdrawn first his prophets, then his gifts and ultimately his spirit from them.

But in the midst of shadow and sin, carnage and carnality, Mormon’s life remains one of the great testaments of the power of God’s light in the lives of His children who seek him with diligence.

Mormon’s life gave us new appreciation for the protective power of the scriptures.

In the midst of a nation bent on its own destruction Mormon took refuge and found strength in God’s words.

Indeed it is unlikely that any other individual spent as much time with and attention to the scriptural record of the Nephite people as Mormon did in assembling the Book of Mormon.

The scriptures must have had a monumental influence on Mormon’s life as he sought to both piece together the spiritual history and truths while seeking to embody them in his own life.

Given the charge of the Nephite armies at age 16, there is little doubt that Mormon found great inspiration in the accounts of Captain Moroni and other heroes whose testimonies and devotion allowed them to lead God’s people in strength beyond their own.

He must have looked for hope as well reading of Alma and Amulek, Nephi and Lehi, Jacob, King Benjamin and many other prophets’ successes in preaching and helping those they cared for to return to Christ and repent from the wickedness that would otherwise prove their undoing.

(Side note: It can be interesting after reading Mormon 5 to turn to the Words of Mormon which were written about that time. Here we learn that just prior to handing off the plates to Moroni and after abridging the Nephite record from King Benjamin down to his day, he searched the trove of plates at the hill Shim and came across the small plates of Nephi. Looking over them he decided they were worth including to what he had already assembled. Aren’t we grateful for that last minute addition!)

Q: How well do we make use of the scriptures as a major source of both power and protection in our own lives?

Unlike all the other prophets before him, Mormon also had the heretofore sealed account of Ether, another end-of-dispensation prophet with whom he shared a great deal in common and whose account paralleled the fall of the Nephites. From this he could see that his people had become so entrenched and their hearts so hard that the spiritual lifeblood of this people had ceased to circulate and naught but destruction could follow.

Try to imagine pouring your heart out as Mormon did. Working to lead and asking your people to fight in defense of their families and freedom only to get a very “meh” response and no hint of comprehension or change.

It must have been so frustrating.

Our natural reaction when dealing with those who don’t care about even our most urgent and heartfelt petitions is frankly to protect our feelings and even to get a bit angry.

We want to stop caring and say, you made your bed now sleep in it.

Yet Mormon had learned of and filled himself with a love that ran deeper than offense and which suffered longer than anyone deserves.

As Mormon laments over the fallen of his people, wishing that they had repented that they might have been “clasped in the arms of Jesus”, we gain some insight into how God sees his children.

In the last throes of civilization God did not turn a blind eye. He did say enough and leave the earth to swallow the Nephites whole or rain fire from the sky.

He had worked so long to cultivate this branch, to nourish and prune and dig and nurture that watching it rot could bring only heartache. Yet he did what he could out of love and longsuffering that far outstrips what most of us expect from even someone with divine patience.

Removing his prophets and disciples, the cessation of miracles, taking away his word and commanding Mormon that he should no longer preach to them; these were not spiteful retributions of an angry God, but the last tools of a loving Father watching his children perish of their own accord and removing the amount of light against which they could rebel.

One can only suppose that even with destruction imminent, there existed some divine hope of salvaging some soul or souls.

God’s covenants too stood steadfast even as his people waned in faithfulness.

We read in Mormon’s account (Mormon 4:4) that even as the Lamanites began to sweep the Nephites before them, the Nephites could not have been destroyed had it not been that they first broke the covenant to defend themselves and protect their homes and families, seeking instead to avenge themselves upon their brethren. (Remember a very similar time in 3 Nephi 3:20-21 when Gidgidonni warned the Nephites about going to attack the Robbers. That time the Nephites gave heed and were preserved)

Even reading the very last words of Mormon 6:22, “the Eternal Father of heaven, knoweth your state; and he doeth with you according to his justice and mercy.”

The word justice seems like it would have been a fitting end to that sentence and this civilization yet it is not the final word and does not have the final say thanks to the Savior.

From this we learn that, even in our imperfections, God does not toss our covenant relationship with him aside. So long as we are willing, trying, striving to remember and improve, those covenant promises will act in our lives to protect and guide us until the end.

Q: How can gaining a deeper understanding of God’s longsuffering and patience increase our desire to repent and obey his commandments?

Where We Look Matters

The Nephites fall was not immediate even if it was dramatic and devastating.

It started subtly, forgetting to thank God for a blessing.

Pride creeped in and with time it became more difficult for them to see the Lord’s hand in their lives.

Turning their focus away from Christ, bit by bit, it didn’t matter where else the people looked. Like the Israelites bitten by poison serpents, there was only one place to look that could bring Salvation.

Some may have focused on temporal possessions and needs, others on preparing for battle, others still on eating, drinking and merrymaking until time ran out.

In the end though looking to those things could only instigate sorrow, regret, malice, bitterness and despair. None of which serve as a very stable foundation in a crumbling society.

Soon they could no longer see God or hear his voice and what followed was the natural man given full reign and racing to his own demise.

Mormon by contrast, knowing well that his own people were without hope, still did not lose hope in God’s plan and promises.

Indeed some of the most poignant scriptures we have concerning faith, hope and charity were addresses and epistle given by Mormon during this period of general darkness across the land. (Moroni 7-9)

Mormon’s dedication to God’s words, reading them, studying them, pondering, praying, abridging, preparing and preaching helped him to see and focus clearly on the light through thick mists of spiritual darkness that were covering the land.

The more he concentrated on the good, the more he listened to the truths of eternity and the more he looked for God’s hand in his family’s life the more he saw and heard and felt.

As everyone else’s visions closed, he was granted a view of the dispensation of the fulness of times, of the work he was about and the power it would have on generations to come among both Gentiles and the House of Israel.

What a wonderful example of truth and steadfast hope for our lives.

We may not be able to erase all shadow
But we can determine to look for light
Reaching out to help others and, so doing
Discovering the divine help we need so much

To all who have ever felt alone and forsaken
Any who have borne the full burden of despair
To those who’ve felt bound both mind and heart
Or at a loved one lost, emptied the well of tears

This was a great article. Thank yoU!