Co-workers with Angels: Angelic Involvement in the Lives of Missionaries | Meridian Magazine 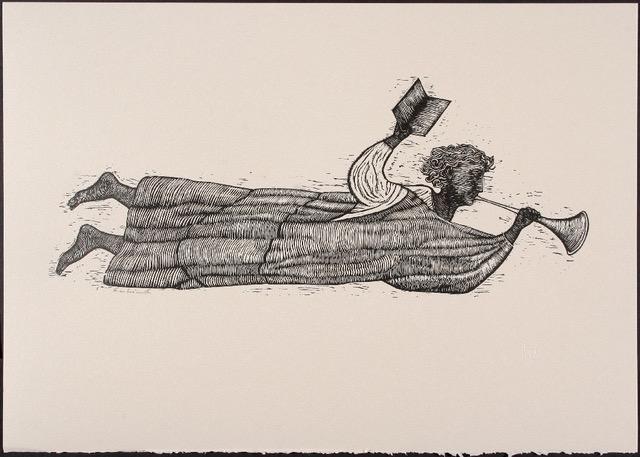 Co-workers with Angels: Angelic Involvement in the Lives of Missionaries

This is the day of the great Gathering of Israel.  The time in earth’s history where more mortals are becoming aware that they can be co-workers with angels.  It’s a day of angelic presence, direction, and miracles.

We have an army of missionaries in the field, as well as those of us who pursue that great work.  Many have reported the manifestation of angels as they gather or are gathered to Israel.  I want to share four of such experiences.

Angels Told Him to Listen

Sister Susan Richardson served with her husband Brian, then Mission President of the Ecuador Quito North Mission, from 2013-2016.  She told of an impactful experience one the elders in her mission had.  She writes:

“He did in fact listen to them, was baptized, no longer lives on the streets, and is active in the Church.” (Susan Richardson, Conversations and emails used with permission).

In a letter to the Elders of the Church, in 1835 Joseph Smith Taught:

“And now, I ask, how righteousness and truth are going to sweep the earth as with a flood? I will answer. Men and angels are to be co-workers in bringing to pass this great work” (The Joseph Smith Papers p. 209, Italics added)

Angels do work hand in hand with missionaries to gather Israel in this dispensation. In fact, Wilford Woodruff said:

Sometimes, beings can help missionaries further the work of teaching the Gospel in ways that we would never expect.  Carola A. Strauss relates an extraordinary experience of how the appearance of a Catholic priest aided her family in becoming members of the church.  She writes:

“My grandmother, Anna Maria Theresia Lormess Fischer, had a conversion story that has stood as a deep, abiding, and unshakable testimony to me of the truthfulness of the Church, the gospel of Jesus   Christ, the Savior, the Book of Mormon, and the Plan of Salvation. It took place in Hernkaschuetz, Germany in the late 1890’s.

“Anna Maria had always been extremely inquisitive about her church and its doctrine. She spent many hours talking to her priest in an attempt to understand and resolve in her own mind who God was, and what the purpose of life was, etc. She never felt satisfied with what she was told and always felt that something was missing. Anna Maria was especially concerned with what happens to us when we die.  In fact, that is what she and her priest discussed during her last visit with him. She and her family were devout Catholics.

“One morning, just prior to dawn, as Anna Maria was waking up, there appeared before her, her Catholic priest — he was holding a book. As he approached her, he held the book up and pointed to it. It was titled ‘Das Buch Mormon’ (the Book of Mormon). The priest said nothing to her; he simply continued to point to the book and then he disappeared.

“Confused, bewildered, and baffled by what had just taken place, she got out of bed, then set out to visit her priest so she could share with him her strange experience or dream.

“Upon reaching the church, she quickly learned of the untimely death of the priest. Good grief! He had suddenly passed away earlier that week. My grandmother was thoroughly confused, to say the least.  She was convinced that she needed to find this mysterious book . . . she just knew it would provide her with some important answers to this entire puzzle.

“Although her attempts to locate the book seemed an exercise in futility, Anna Maria remained determined — she never stopped searching or hoping to find ‘The Book.’ A number of years as well as World War One passed by and then one day she found it… she found the book in an outdoor garbage can! She also tracked down the missionaries herself. (They didn’t find her, she found them). As she read through the Book of Mormon’s pages, she learned about the plan of salvation, she learned about life after death; she learned about God and about the Savior.  She found the answers to so many of the questions that had for so long perplexed her. She also now understood why her priest had appeared to her. He must have discovered the truth himself and wanted to make sure that she found it too!” (Carola A. Strauss, emails used with permission).

The departed priest’s newly acquired level of light and knowledge must have qualified him for that angelic errand. He wanted to share his new understandings with Anna Maria, because he knew how much she sought truth.

Missionaries are blessed in many ways on their missions.  Angels are attentive to their needs and support them in unimagined ways.  Gabi Israelson and her companion were aided in their quest to find their way home when they were lost.  She recounts from her journal:

“The other day we went far into our sector to teach a part member family. After we visited these people, we discovered that there were no more buses after 4 p.m.  It was 5:30, and at first we were walking back with no worries.  I was sure a taxi would pass. Well, then all of the sudden it was 7 p.m. and we were still walking in the middle of nowhere, but it was starting to get dark.

“We started to get a little bit worried since we were two gringas in the middle of nowhere in Ecuador with no way of getting home.  We figured that the walk would take at least a couple more hours and we had to be home by 9 p.m.

“We were praying and praying, when out of NOWHERE this taxi appears and pulls up next to us.  A North American gets out of the taxi. [Unimaginable in that area] He looks at us and calmly says:

“He calls this taxi number and tells us to just keep walking down and in about 20 minutes, a taxi will come by.

“We were absolutely shocked! Like, what on earth is some young North American doing out here in the boonies driving a taxi?  We didn’t even get time to ask him more questions before he quickly got in his taxi and left.

Sure enough just like he told us, a taxi came, and we made it out safely.”

Gabi and her companion both felt that they had experienced angelic intervention that day in what they were certain was a miracle. (Gabi Israelson, Journal entry used with permission).

Elder Henry B. Eyring taught that angels are all around us to assist and support when we serve His cause.  He states:

“You will also find that the Lord puts helpers by your side—on your right, on your left, and all around you. You do not go alone to serve others for Him.” (Henry B. Eyring, “Trust in That Spirit Which Leadeth to Do Good” April Conference 2016)

Senior Missionary Guarded and Given Peace in Dangerous Situation

Sister Kristi Wangsgard tells how she was sustained by an angel in the midst of peril on her Texas McAllen mission, 2019. She writes:

“I was practicing the piano in our portable chapel so that I could play this Sunday’s hymns with confidence and joy. In the middle of my practice time, I was interrupted by a man that suddenly burst into the portable chapel. This man was angry, irate, and violent! He and I were the only two people in the chapel and all of a sudden he started knocking down chairs, even tossing them while yelling, ranting, and raving.

“Miraculously, I was sustained to continue playing the piano without missing a beat. I totally ignored the violence and felt as calm as a ‘summer’s morning.’  I felt peaceful and mild-mannered even though there was chaos, contention, and turmoil all around me. I couldn’t believe it! Normally in this type of situation I would usually ‘run for the hills’ and hide, but this day, I was divinely supported.

“The violence was short-lived, and the man left as quickly as he had         arrived. After the whole episode died down, I offered a prayer of thanks and marveled at how calm I felt.  I was protected by what I perceived to be a guardian angel—both emotionally and physically! There was an angel from somewhere that was aware of me and my circumstance. I felt loved and cared for.  Since I’m a missionary–I had an angel to ‘bear me up’ when I needed desperate help!”(Kristi Wangsgard, email used with permission).

“This great Being of infinite power and goodness… is our Father…He has set heavenly beings to watch over us and to guard us from the attacks of evil powers while we live on earth. Do we realize that in our daily walk and work we are not alone, but that angels attend us wherever our duty causes us to go? (Collected Discourses, Vol.3, James E. Talmage, June 25, 1893, Italics added).

Yes, this is the day of angelic presence, direction, and miracles.  Angels and mortals can be co-workers in this marvelous work of gathering.  We do our part and they do their part, and between us, great things will come to pass.

If you have had any similar angel experiences, I would LOVE to hear them. You Can CONTACT ME at [email protected]

This is so powerful! We are not alone in gathering Israel on both sides of the veil--those on the other side reach out to help us, as well.