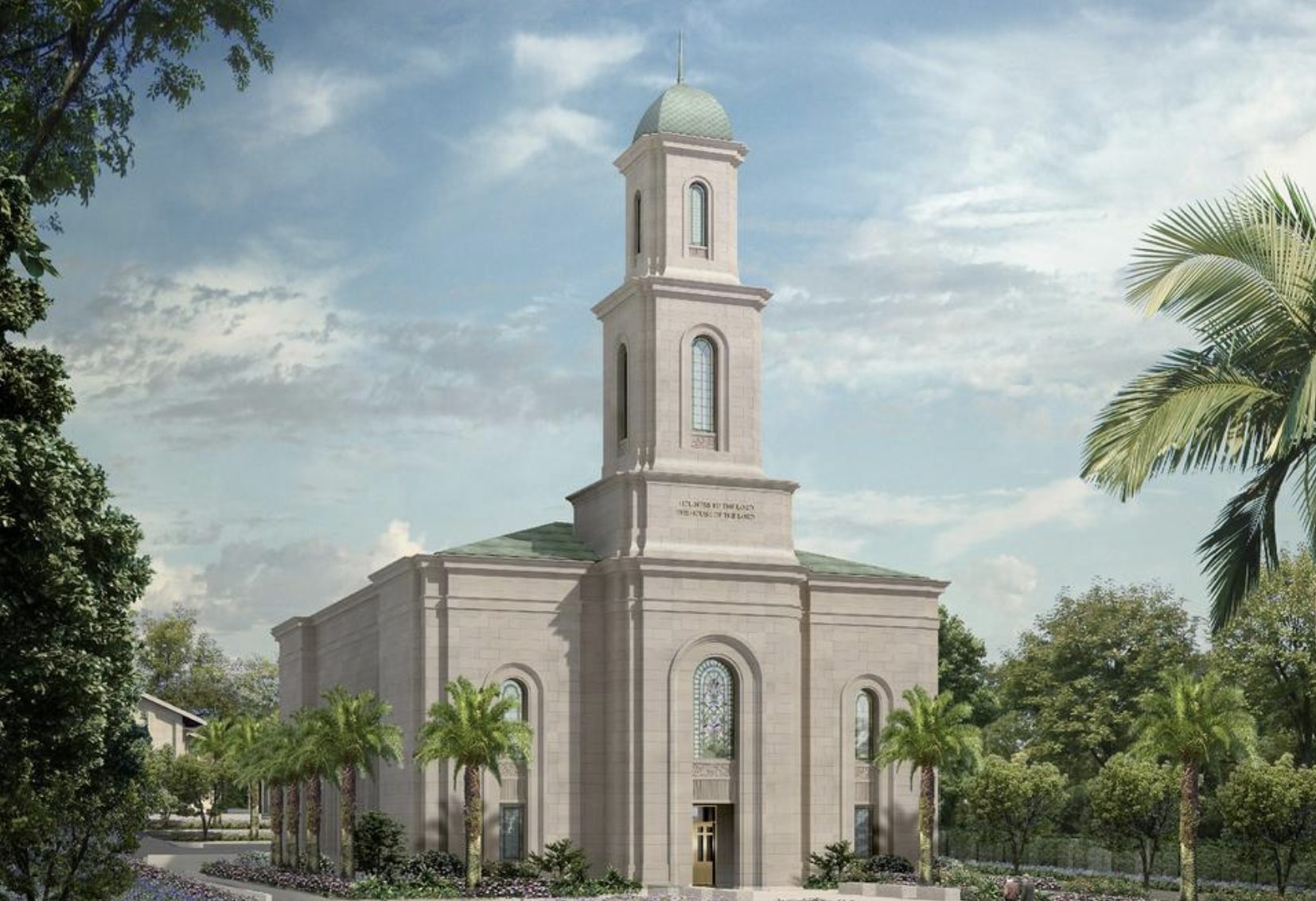 The Church of Jesus Christ of Latter-day Saints has released an exterior rendering showing the planned design for the Davao Philippines Temple.

The temple will be built on a 2.7-acre site at Ma-a Road and Anahaw Road, Bgy. Ma-a, Davao City 8000, in the Philippines. The two-story structure will be approximately 18,450 square feet. The site will also include patron and temple presidency housing and a meetinghouse. An existing meetinghouse on site will be removed.

Detailed design plans for this temple are still in process. A groundbreaking date has not been set.

The temple was announced in October 2018 by Church President Russell M. Nelson. There are two temples in that country, in Manila and Cebu. Two more temples are under construction in Alabang and Urdaneta. Temples in Cagayan de Oro and Bacolod have also been announced.