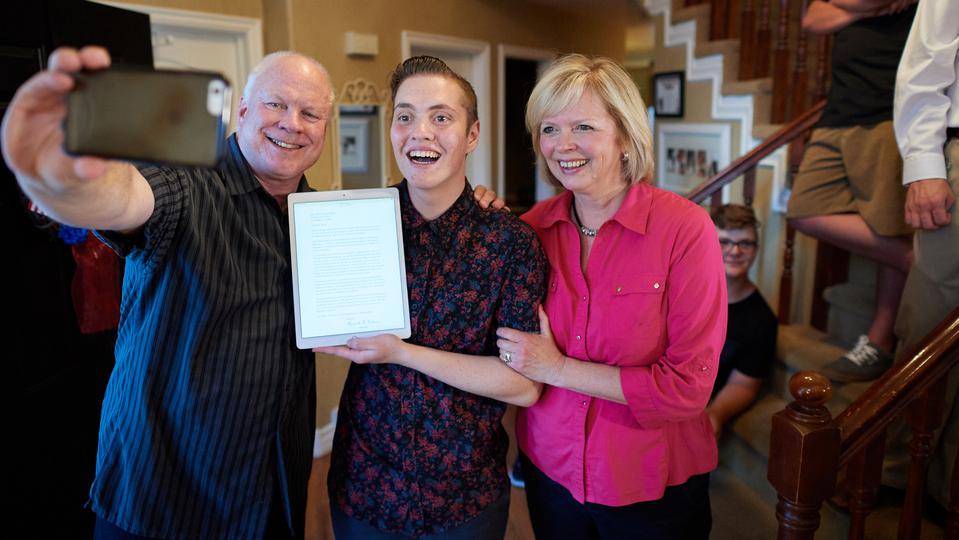 Young men, young women and senior couples preparing to serve as full-time missionaries for The Church of Jesus Christ of Latter-day Saints are getting a quicker, more convenient way to open their mission calls.

The Church is rolling out a new initiative in which missionary candidates receive their assignments online instead of in the mail. This process has been tested in various parts of the world for the past several months and will now be expanded to all of Utah and Idaho.

By the end of 2018, it is anticipated that nearly all missionaries around the world with reliable internet access will receive their calls online to serve in one of the Church’s 407 missions in more than 150 countries.

“Technology is there, and it’s so easy to do,” said Elder Brent H. Nielson, executive director of the Missionary Department. “We just put it online and they can read it in a matter of minutes.”

Previously, missionary candidates have had to wait days or weeks to receive their mission calls by mail. With this new process, they will receive an email and, in some cases, a text message informing them that their call is ready to open. Once the missionary is ready — with family and friends nearby — they can access their call letter using a smartphone, tablet or computer.

Elder Nielson said the first young woman in Brazil to open her call online was able to do so within three hours of receiving it, whereas it normally would have taken her weeks to get it by mail.

In addition to cutting down on waiting time, Elder Nielson said this will help the Church expedite visa applications and save on postage costs.

“I think it’s going to be a wonderful change for us,” he said.

In Fruit Heights, Utah, 17-year-old Billy Elliott was at work when he received a text message saying his missionary assignment was available to view.

“I had to go work for like three more hours, so that was kind of difficult,” he said, laughing. “I was so excited.”

Later, Billy used an iPad to open his call in front of family and friends. He was assigned to serve in the Peru Chiclayo Mission, departing in November.

“It was really cool to be able to experience that,” Billy said of the online call process. “It was pretty simple.”

“I forgot that he was holding an iPad,” added his mother, Liz Elliott. “It just felt like a regular mission call. It was awesome.”

Besides the call letter, missionaries can immediately access all mission materials online, including maps, country information and lists of items to bring. Call letters and related materials can also be printed and downloaded for remembrance and record keeping.

Missionaries for The Church of Jesus Christ of Latter-day Saints serve as volunteers at their own expense. Young men ages 18 and older serve for two years, while young women who are 19 and older are in the mission field for 18 months. Senior missionaries generally serve from six months up to two years, after their retirement from the workforce.

This is so inspired! I love the idea of them receiving the notice that their call is ready. Then they access it when they are ready- so those fun "Open the mission call" times can still happen!