Character Is a Muscle. Are You Exercising Yours? | Meridian Magazine 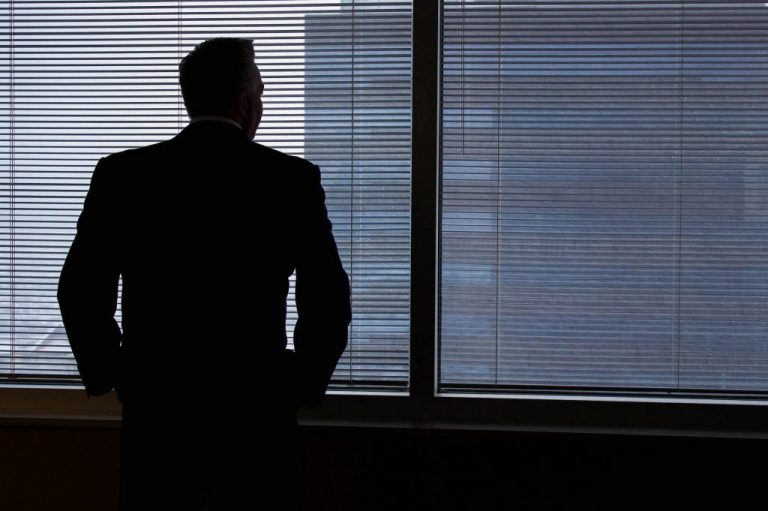 Character Is a Muscle. Are You Exercising Yours?

If it seems that the business news is jammed with stories about churn in the C-suite, you’re not imagining things. In fact, CEO turnover is at an all-time high.

If that simple fact were not troubling enough, consider this: for the first time in history (as of 2018), CEO firings for ethical lapses exceeded dismissals for things like financial performance or board struggles.

Granted, running an organization can be a day-after-day onslaught. In fact, getting caught up in the constant demands of running a company can confound even the most seasoned executives. And that dynamic can produce foolish (and even dishonest) behavior.

Leaders are of course expected to make a lot of in-the-moment decisions about a broad range of issues, often while juggling competing priorities. What’s frequently lacking is an integrity-driven approach to management and decision making.

Ready with some timely advice are Jim Loehr and Caren Kenney, co-authors of  Leading with Character: 10 Minutes a Day to a Brilliant Legacy. In addition to being a practical guide to ethical leadership, the book comes with a companion journal for developing your own purpose-driven statement.

Dr. Loehr is a performance psychologist and co-founder of the Johnson & Johnson Human Performance Institute. Caren Kenney is founder and CEO of Evolve Leadership, an organization that uses a multi-dimensional approach to maximizing human performance.

The authors treat character as an essential muscle group that can be strengthened with targeted exercise. It’s more than a figure of speech. Just as the physical body can get flabby, so can a person’s ability (or at least willingness) to make honest decisions.

Rodger Dean Duncan:  You say that even good leaders are vulnerable to corruption. What do you see as the early warning signs?

Caren Kenney: Virtually every leader can be vulnerable under the right circumstances. External factors can include extreme market volatility and uncertainty, highly stressful environments, and rapidly growing demands and expectations of key stakeholders including the board, shareholders, employees, and consumers.

This is what we’re seeing in our current environment with issues ranging from the pandemic to racial injustice to demands for leaders to take a stance on political, social, and environmental issues. When leaders experience intense stress, fatigue or fear and the stakes are high, they are more likely to cut corners, make poor decisions, or look the other way.

Often this begins with small discretions as leaders lower the bar on their own ethical standards, often justified due to meeting demands or a need for survival. If they do not have a clearly defined code of personal conduct connected to their deepest values and do not operate in an environment that role models and rewards ethical behavior, they are at even greater risk.

Duncan: You quote Henry David Thoreau as saying “You cannot dream yourself into a character; you must hammer and forge yourself one.” In practical terms, what does that mean?

Jim Loehr: This means that character is not a static or a fixed attribute but rather something that requires attention and investment every day of your life. Every single day you make choices—with every word, decision, and interaction—that define who you are and how you are experienced by others. This is reflected in how you treat everyone from the custodian to the customer service representative to your direct reports.

It’s also reflected in the energy, attention and treatment of your loved ones at the end of a difficult day. As humans we all have experienced those moments of fatigue, frustration, and impatience, but every day we have a chance to begin again and move the needle in one direction or another. This begins with defining who we want to be and how we want to be experienced, and then engaging in deliberate training of both thought and action.

Duncan: Studies by the Human Performance Team concluded that personal character includes specific competencies that can be trained much like muscles in the physical body. What are a couple of examples of how this works?

Loehr: Training and growing character “muscles” requires a similar approach to training physical muscles—intentional and ongoing investment, at regular intervals, while gradually increasing the intensity and pushing outside of the comfort zone to build strength and capacity.

We recommend beginning with a values inventory and character assessment to identify your deepest values and subsequent areas of vulnerability, and then developing a plan of action for strengthening that muscle.

For example, if patience is a prized value yet area of opportunity, you can take deep breaths, center yourself, and mentally rehearse being patient, calm and positive before beginning a difficult conversation or meeting. To strengthen your gratitude muscle, spend five minutes every morning or evening writing down everything you are grateful for and try to feel the emotion of gratefulness as you do it. Practice requires the intentional investment of energy to show up more often as your best self.

Duncan: So-called “fake news” is certainly a problem in politics. You say a similar phenomenon affects people’s moral reasoning. How so?

Loehr: Just as with politics, we often make decisions based on flawed inputs which come from various sources including our parents, personal experiences, communities, religious affiliations, and other individuals and institutions that shape our beliefs and actions.

Regardless of whether the input reflects misinformation or intentional disinformation, our intuitive and cognitive processors can easily be hijacked. Faulty data at the front end can completely change the moral equation in terms of what we should or shouldn’t be doing. This can lead us to justify unethical decisions and behavior.

Duncan: What can people do to defend themselves against flawed “inputs” that can corrupt their character?

Loehr: The first step is to create awareness about your blind spots, biases and potentially flawed moral machinery that you inherited. The more you understand about how your moral and ethical system works the better you can create a better informed and intentional response.

Don’t just trust your gut, because your gut is often wrong. Making the right decisions in situations that truly matter requires a deliberate process by asking 1) What are the facts? 2) What does my heart say? 3) What does my gut say? Only after reflecting on these three inputs should you make a decision and act on it.