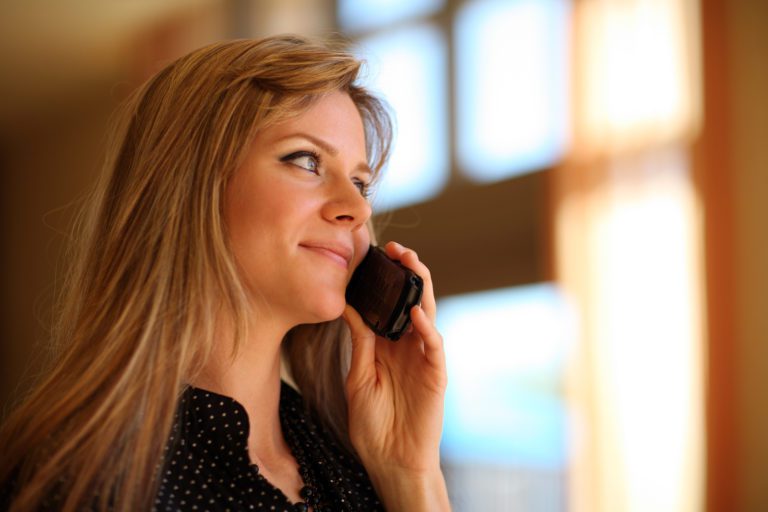 I was sitting in a packed lobby in a medical facility, waiting for my turn to be called back. Almost every seat was full, as it was that time of year when the flu season was in full swing. Everyone was trying to find something to alleviate the boredom of the long wait. The television was turned to the Cartoon Channel, and there was a horde of children parked in front of it, listening to its mind numbing story and poorly drawn images, but they were happy to have something to keep them busy and so were their parents.

All of the magazines were already being read except for a medical magazine that extolled the virtues of a colonoscopy, something I preferred not to contemplate about too deeply. That left me with nothing to do but just sit there.

It was at that point that the cell phone of the lady sitting next to me rang. She put her magazine on her lap as she answered it.

“Hello, this is Mary…Oh, hi, Suzie…No, I’m sitting in the waiting room of a doctor’s office…Oh, no, I don’t have the flu. What I’m in here for is…”

She then went on to explain, in a voice that was at a volume a person would normally use in cheering for a football team, that she was in for certain very private female concerns. I saw everyone pull their magazines up in front of their faces to hide their embarrassment at the overload of unwanted information. I, unfortunately, didn’t have a magazine to hide behind, so I grabbed the medical one and pretended I was interested in colonoscopies.

After she had talked for about 10 minutes, she finally hung up, and I breathed a sigh of relief and put the magazine back down. Almost immediately, her cell phone rang again.

I happily thought to myself that she must have remembered she was not in a private setting, and it was not the appropriate place to have a confidential conversation. But I realized my analysis was wrong as she continued.

“Yes, I am still mad at you…Oh, you think so, do you! Well, let me tell you something, Buddy. You are the most arrogant, egotistical jerk I have ever met!…PMS! PMS! Every time we have an argument you claim that. Well, here is something you can put in that little brain of yours! If anyone has PMS, it’s you, not me!”

I reached for the magazine again and pulled it up in front of my face just as I saw most of the other adults do the same with theirs. Mary’s tirade at John went on for what seemed like forever, though it was probably only about 10 minutes. Finally, with a few more harsh words, she just hung up on him. There seemed to be an almost collective sigh of relief throughout the whole room. A few people snickered as a little girl asked her mother what PMS was. The mortified mother told her daughter they’d talk later, and Mary glared at them as if it were them at fault.

I hoped that perhaps the little girl’s question would help Mary reconsider her behavior and that we wouldn’t have to endure any more uncomfortable phone conversations. I had no sooner had that thought than her cell phone rang again.

Mary then gave the person on the phone, as well as everyone else in the waiting room, her PayPal account login information. I guess I must not have been able to hide my astonishment that she would give out sensitive information like that in such a public place, because when she hung up she angrily turned to face me as I stared at her in shock.

“Excuse me! But cell phone conversations are private matters!”

I thought, “They should be, anyway.”

For this very reason I hope cell phone conversations are NEVER allowed on airplane flights. Can you imagine being captive to all those voices?