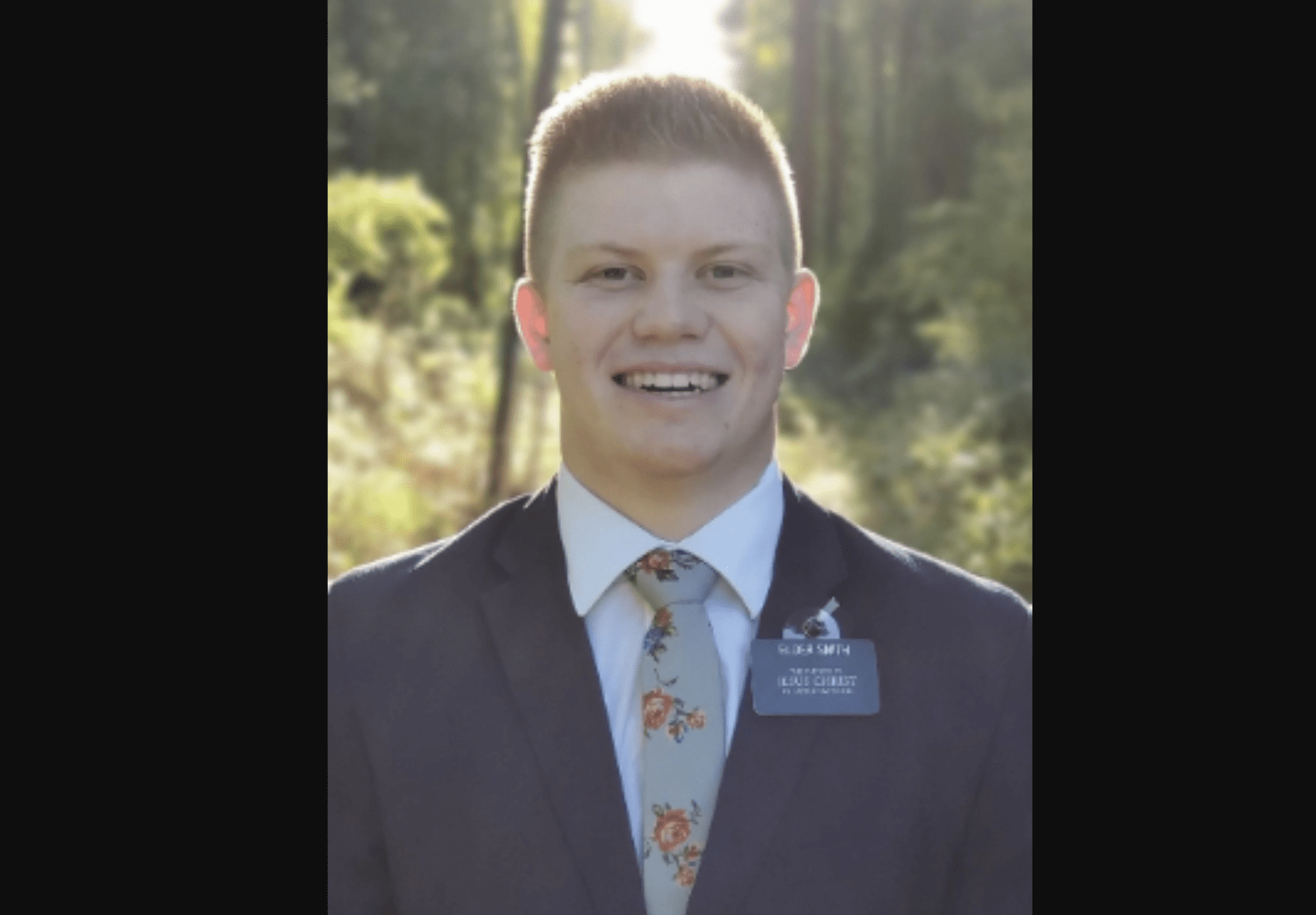 Car Accident Takes the Life of a Young Missionary in Arkansas

Sam Penrod, a spokesman for The Church of Jesus Christ of Latter-day Saints, released the following statement on the passing of Elder Smith:

Four young missionaries of The Church of Jesus Christ of Latter-day Saints were involved in an automobile accident Thursday evening near Rose Bud, Arkansas. Tragically, one of those missionaries passed away. Elder Jake Smith, age 19, is from Lehi, Utah, and had been serving as a missionary since August 2019.

The other three missionaries in the vehicle were injured but are expected to recover. Elder McKay Jurges of West Jordan, Utah, sustained serious injuries and remains hospitalized. Elder Gavin Hatch of Cedar Hills, Utah, and Elder Eli Sutherland of San Diego, California, both sustained minor injuries. We pray for all of them as they recover. We also express our sincere condolences to the family of Elder Smith and to all the missionaries of the Arkansas Little Rock Mission. We pray they will each feel the Savior’s love and comfort during this difficult time.

I believe that Elder Smith was needed on the other side of the veil and was welcomed with open arms. Maybe he has to teach some family members that passed on and did not know anything about the Church. Four years ago I had a deadly form of cancer and was between life and death when I had a dream when I found myself in the Spirit World where a very large crowd of relatives waited for me. One lady came up to me and said "finally you are here to teach us" then my grandfather came up and said "not so fast - you know that we have to have permission first. He took me away and asked for it, but did not get it. I was told that I had to return to earth because some important work needed to be finished here. I woke up after this and felt great. I can see Elder Smith having to do something similar. May the Lord bless his Family.