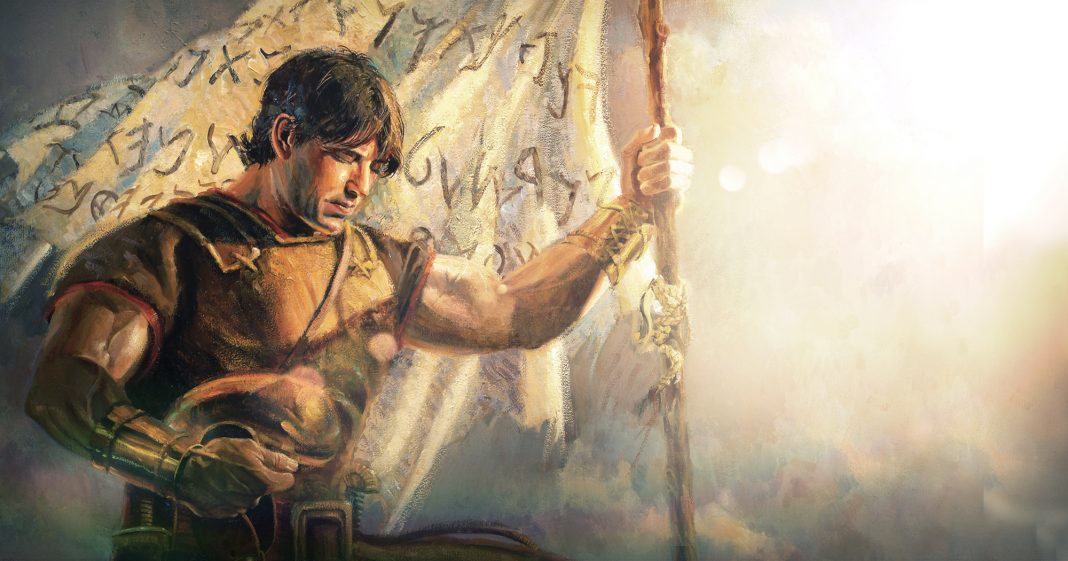 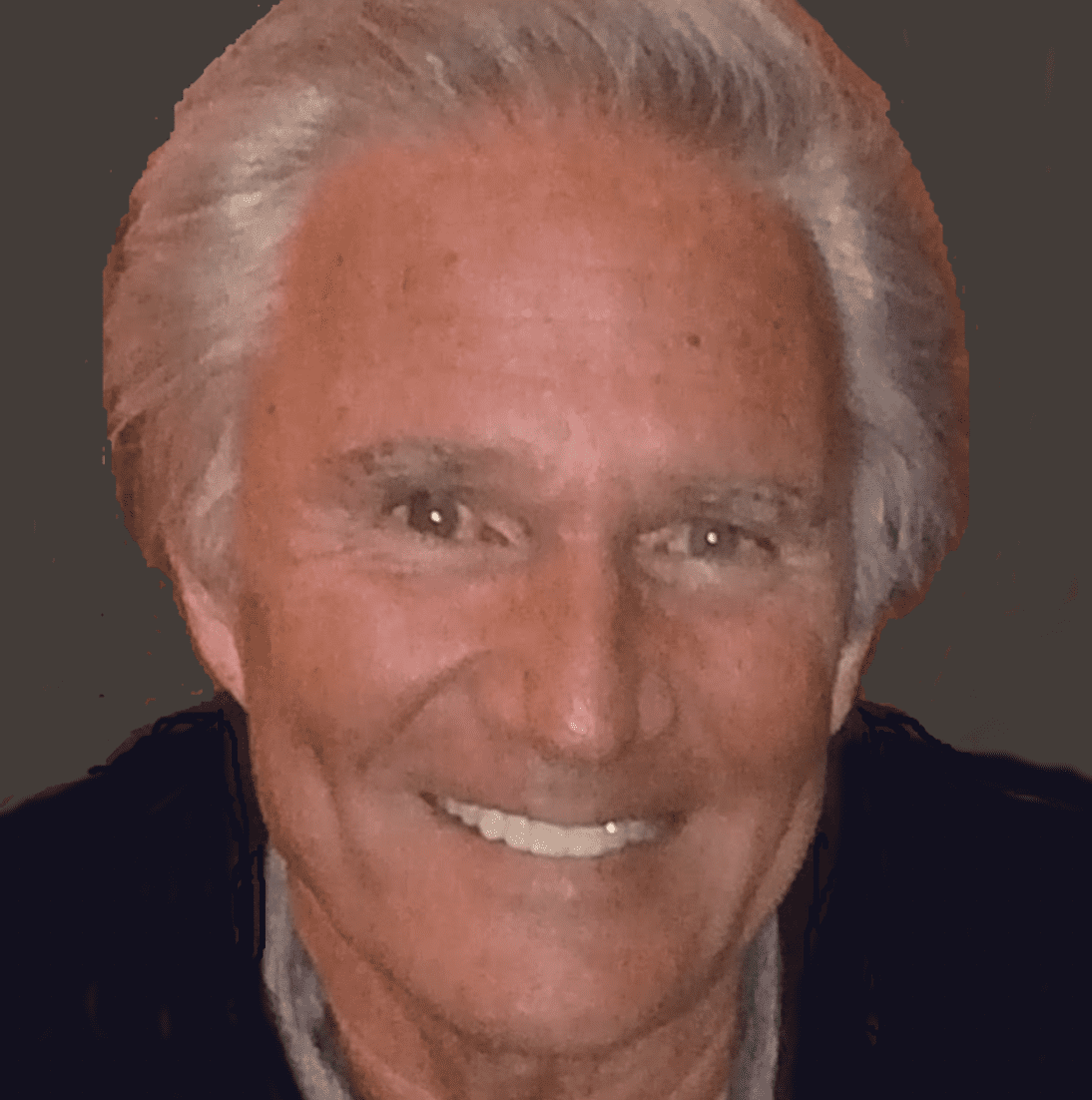 This article was originally published in BYU Studies Quarterly 58, no. 4 (2019): 155–59. It is re-titled and slightly revised to appear here. For a variety of excellent articles, essays, book reviews, and poetry on topics relevant to the Latter-day Saint experience, please visit byustudies.byu.edu.

Cover image: “The Title of Liberty” by Larry Winborg

Moroni reports receiving a revelation in which the Lord told him, “If those whom ye have appointed your governors do not repent of their sins and iniquities, ye shall go up to battle against them” (Alma 60:33). Apparently, it was largely because of this revelation that Moroni wrote his famous epistle of rebuke to Nephite leadership (Alma 60)—an epistle that quoted this message from the Lord. Pahoran’s reply to Moroni is equally famous, of course; in it he declares both his innocence of Moroni’s charges and his forgiveness for Moroni’s leveling of them (Alma 61).

This series of events has often been thought to pose problems. On one hand, it seems to show Moroni’s lengthy epistle as overly suspicious and even wrong (in response to which Pahoran was impressively magnanimous). On the other hand, it also raises questions about the revelation itself. Although Moroni reports the revelation straightforwardly, how can it be straightforward when Pahoran turns out to be innocent of the charges contained in it and in Moroni’s subsequent epistle? This disparity seems to indicate that the revelation itself—not just Moroni’s epistle—is mistaken in some way.[1]

The logical implication of this conclusion is that Moroni himself must have some defect. Even though he presents the revelation as a quotation from the Lord, either he did not actually receive a revelation, or he misunderstood the revelation he did receive, or, at a minimum, he recorded the revelation inaccurately.

Such an interpretation overlooks a significant detail in the text, however: Pahoran is not the only recipient of the epistle Moroni wrote following this revelation. Because Moroni mentions Pahoran by name (60:1) and because Pahoran both takes the letter personally and responds to Moroni (Alma 61), it is easy to think that Pahoran was the only one who received this epistle. But this is a mistake. In addition to Pahoran, Moroni directed his epistle “to all those who have been chosen by this people to govern and manage the affairs of this war” (60:1, emphasis added). It would seem natural for Moroni to mention Pahoran by name since he was the preeminent civil authority among the Nephites, but we learn from the text that Pahoran was not alone. Multiple leaders had governing power in Nephite society, and, as a group, they were responsible for mobilizing the Nephite population and supporting the Nephite armies (verse 2). It was to these multiple leaders—not only Pahoran—that Moroni sent his epistle.

We see this fact evidenced numerous times in Moroni’s letter. Throughout his epistle, he consistently speaks in the plural. On fifteen separate occasions, he makes it clear that he is talking to all the governors of the Nephites. For instance, he refers to “all” who were responsible for managing the war (verse 1) and says that he is speaking by way of condemnation “unto them” (verse 2). He also speaks of what “ye yourselves know” (verse 2), describes the Nephite leaders as sitting upon their “thrones” (verse 7), writes to them as “brethren” (verse 10), and says that “the blood of thousands shall come upon your heads” (verse 10). He then speaks again of their “thrones” (verse 11) and also of the government and “their exceeding slothfulness” and “their exceedingly great neglect” (verse 14). Later, Moroni speaks of what “ye yourselves are seeking” (verse 18), questions whether they are “traitors” to their country (verse 18), and again refers to those receiving his epistle as sitting upon their “thrones” (verse 21). He then speaks of “any among you” and of “those” who are usurping power (verse 27) and admonishes them to “bestir yourselves” (verse 29, emphasis added throughout).

This emphasis on the plural is universal in Moroni’s epistle, which of course is completely consistent with what the Lord had initially told him—namely, that if the “governors” did not repent, he was instructed to go to battle against “them” (verse 33).

The Substantial Accuracy of Moroni’s Epistle

A similar point applies to Moroni’s epistle. If we think he wrote only to Pahoran, then, judging by Pahoran’s response, Moroni was seriously mistaken. What we have seen, however, is that Moroni did not write only to Pahoran. His audience was more general. Thus, while it is true that Moroni was mistaken in lumping Pahoran in with all the other governors, this error is minuscule in the scheme of things. The epistle is certainly far less erroneous than it is frequently thought to be.

Recognizing this feature of the text informs our perspective on Captain Moroni. His only mistake, after all, was not being sufficiently nuanced in his greeting. To be more exact in his opening, he could have said: “I know that many, if not all, of you are guilty of ‘sins and iniquities’ in not supporting our defensive war effort. Whoever you are, what I’m about to say is directed to you.” That would have been technically more accurate.

It is worth noting that Moroni actually does capture a nuance of this sort in one place in his letter. He speaks of rousing whatever governors might have at least a “spark” of freedom remaining in them and of making extinct “those who have desires to usurp power” (verse 27). This indicates that Moroni thought that some of the governors might be different from others and that they could and would join him in uniting against the Lamanite assault. Moroni thus appears to have had in mind the possibility of both better and worse governors; he just didn’t display this possibility in his opening greeting as he might have.

This, as mentioned, is a minuscule error, however, and, given the circumstances, would hardly seem to justify faulting Moroni. In the context and exigencies of war, it seems completely understandable that capturing nuance in a greeting was not Moroni’s highest concern.

What we see in the end, therefore, is that, except for this lack of nuance in its opening, Moroni’s epistle was accurate—just as his revelation had been. It was both consistent with that revelation and subsequently confirmed in its essence by Pahoran himself. [2]

Once we understand that the revelation Moroni reports receiving is completely accurate, we can understand something else we might not have appreciated previously—namely, that Moroni was a person of sufficient spiritual refinement that he could receive revelation from the Lord in complete sentences. We don’t notice this quality if we think Moroni’s revelation (or at least how he quoted it) contained errors. But once we understand that the revelation was accurate, we can appreciate that it confirms numerous other indications in the text of Moroni’s commitment and faithfulness to the Lord. [3]

Because Moroni is immersed so fully in defending Nephite lives from Lamanite assault, and because we observe his military activities in such detail, it is easy to overlook indications of his spiritual refinement and to see him one-dimensionally. This tendency is especially reinforced if we think he errs on something as significant as receiving revelation from the Lord. When we correct our misreading, however, we can see Moroni more richly: he is a man who, though immersed for years in defensive military action, nevertheless qualifies for specific, tangible spiritual direction from the Lord, and receives it.

[1] Grant Hardy, for example, refers to this revelation at various points and calls it—and/or Moroni’s report of it—“mistaken” and an “off-the-mark revelation.” Indeed, Hardy speaks of the revelation as a “claim” made by Moroni. See Grant Hardy, Understanding the Book of Mormon: A Reader’s Guide (New York: Oxford University Press, 2010), 176, 177, and Kindle location 6815.

[2] It is also possible that Moroni’s epistle was more accurate regarding Pahoran than we generally think—that is, that Pahoran actually did deserve some of the generalized condemnation Moroni meted out. This notion is not implausible, since Pahoran was the chief judge, with ultimate authority over Nephite affairs, and yet he was equivocal in his response to the “exceedingly numerous” dissenters who (1) were actively seeking to overthrow Nephite society; (2) had driven Pahoran out of Zarahemla and occupied the city; (3) had appointed their own king; (4) had formed an official alliance with the Lamanites—specifically to help them conquer the Nephites; and (5) were preventing the delivery of men and supplies to support the Nephite army (Alma 61:3–8). Although Pahoran reports that he had assembled sufficient support that the insurrectionists “do fear us and durst not come out against us to battle” (61:7), he also tells us that he was unsure if pursuing military action against his Nephite brethren was just (61:19)—this, despite their armed treason and their explicit alliance with the Lamanites to overthrow the society Pahoran had been appointed to lead and protect. Considering these elements of the text, it wouldn’t be unreasonable to conclude that Pahoran’s inaction placed him—at least to some degree—among those who deserved the Lord’s condemnation, in which case Moroni’s epistle, regarding Pahoran himself, is not as inaccurate as it might appear on the surface.

From my point of view, including Pahoran was not a mistake but a MUST because Pahoran and Moroni both benefited from the letter. It was not the guilty ones that answered Moroni giving him such valuable information about what was happening in the Capital. And who else but Moroni could answer with authority Pahoran's questions? Pahoran was the one who could and would inform Moroni that the situation was more desperate that he thought, that he knew who the offenders were; and that he had some loyal forces that could join his when he came. In my mind, the Lord gave Moroni the revelation with the directive to send it to Pahoran so His purposes would be accomplished.