Can We Retrain Our Eyes? | Meridian Magazine 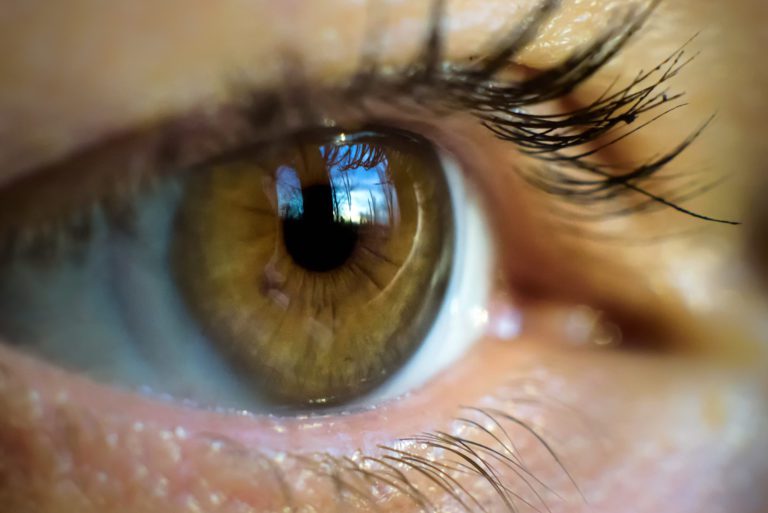 Can We Retrain Our Eyes?

A friend of mine recently shared the story of a teacher who began the school year by listing simple math equations on the board. The top one was incorrect, and when she was finished the students were eager to point this out.  Then the teacher taught an important lesson: “You noticed the wrong one, and ignored all the ones that were right.”

How often do we do this? Because of school grades, sports, performances, even chores—have we been taught to look for the imperfections so we can correct them? It’s a good thing to correct errors, of course. But have we bought into the notion that we must constantly nitpick and find what’s wrong with everything? Does this kind of thinking also make us want to conform to the group and exclude those who are different? Does it even sabotage marriages when we constantly faultfind?

Think about the way we look at the world around us. How can we not see the flaws, the red marks on a test, the smudge on an otherwise shiny car, the weeds in the flower bed, the sock in the middle of the floor? Those things catch our eye. As a poet once said, “The blackest speck is seen on snow.”

Experts say that within 10 seconds of meeting someone, we judge seven things: Their social position, heritage, education, economic level, success level, moral character, and trustworthiness.  That’s quite a sweeping brush, isn’t it?  If we’re being completely honest, we probably judge even more than that.

It isn’t even that we’re trying to disparage them or look down on others; it’s just human nature to register cues—Are we in danger? Is this person friendly? And so on. There’s also the need to judge righteously, such as Alma counseled his son, Corianton, to do in Alma 41:14. This kind of wisdom can help us in everything from choosing good friends to sensing when someone means us harm.

But it has its risks. It means we can easily size up someone unfairly.  We’ve all been misjudged, pigeon-holed, even discriminated against based on nothing but a first impression. So we know we should take more time to get acquainted and avoid making rash assumptions. We feel hurt when someone presumes to know us based on superficial appearances, perhaps our skin color or our clothing, rather than taking time to know our heart.

So how do we retrain our spiritual eyes?

First, become a storyteller. I’m serious. When someone behaves in a way you can’t understand, conjure up a good explanation and give them the benefit of the doubt. Not long ago I was in line behind an overly chatty man at a drugstore. He seemed very confused, left to get the correct item, still wasn’t sure, then fumbled with his payment.  I felt sorry for him, and right away assumed he had mental problems. But what if he’s on medication that gives him brain fog?  What if he has a sudden crush on the cashier and is so nervous he’s saying and doing everything wrong? What if he’s just lonely and is contriving some conversation?  We could make up scenarios all day to explain his behavior in ways that don’t include mental issue. But I made a snap judgment.  I should have been a better storyteller.

Next, catch yourself criticizing. Some of us have critical natures, but all of us can fall prey to the temptation to complain or condemn from time to time. You know why? It’s easier. Think about this Teddy Roosevelt quote:  “It is not the critic who counts; not the man who points out how the strong man stumbles, or where the doer of deeds could have done them better. The credit belongs to the man who is actually in the arena, whose face is marred by dust and sweat and blood; who strives valiantly; who errs, who comes short again and again, because there is no effort without error and shortcoming; but who does actually strive to do the deeds; who knows great enthusiasms, the great devotions; who spends himself in a worthy cause; who at the best knows in the end the triumph of high achievement, and who at the worst, if he fails, at least fails while daring greatly, so that his place shall never be with those cold and timid souls who neither know victory nor defeat.”

Boy, I do not want to be a cold and timid soul. I want to applaud those who are trying. Let’s catch other people doing good—or at least trying to—and cheer them on.

Third, let’s allow for variety in our lives. Let’s not expect every friend to be a carbon copy, but allow for the kind of diversity that can enrich us. We’ve all seen young people discount old people and old people discount young people. We’ve seen people judged for their grammar, their car, their taste in music, the way they walk, even their pet dog. And we see people judging others based on their politics and religion every single day. Let’s stop being so small-minded, so quick to discount those around us. Let’s deliberately seek out friends we can learn from, friends who widen our perspective.

Fourth, if we have to notice a deficiency in ourselves or in others, let’s use the Compliment Sandwich approach that’s taught in business courses. My eldest son does this. If he has to correct someone who’s working for him, he begins with a sincere compliment. Then he talks with them about the area that needs improvement. Then he ends with another compliment. It makes the medicine easier to take and it also reminds us that people are twice as wonderful as they are in need of correction.

Last, let’s follow the lead of—you guessed it—our leaders. When you watch President Russell M. Nelson and the Apostles, you always see them extending great respect to others. Every time I hear of someone meeting them, or I see photos or videos of them, I see radiant smiles and genuine caring. I see these amazing men looking beyond the surface and always remembering that every human being is a child of God.

Yes, I think we can retrain our eyes. We find what we’re looking for, and if we can train ourselves to look for the good, we’ll find it.

Your articles are always so good. How do you do that? I admire your ability to not only comprehend a subject but also to write about it. Thanks for sharing.

Dear Sister Hilton; You wrote this for me, didn't you? Thank you, Barbara Lewis