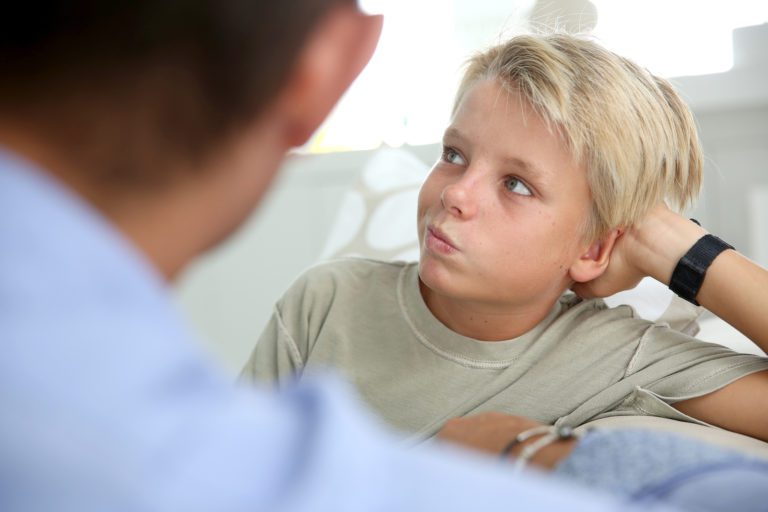 Can Spanking Be Okay Sometimes?

“Nicholeen, what do you think about spanking? Can it ever be okay? When I was a child in the early 1900s everyone was spanking. My mother always did it out of love. We never questioned her love for one minute. She was a great parent and when we were naughty, we knew we deserved it. Is it really bad to spank? I know many people still do.”

The topic of spanking has been a hot topic now for many years. In fact, during my whole lifetime people have been trying to determine if spanking is really the best way to discipline children or not. There is no question that spanking used to be a very popular form of correcting negative childhood behaviors and it was seen as acceptable and positive. Why?

Until recent years the most common book in the world was the Bible. Now the most common educational reference is the media. The Holy Bible contains verses that talk about disciplining children and about how children should honor their parents. These gospel words have led parents in their parenting choices since very early times.

What Does The Bible Say About Spanking?

Bible verses in the book of Proverbs that have been interpreted to be in favor of spanking children:

These verses have been interpreted many ways. Most people interpret them to mean that children need to be hit with branches, sticks, and reeds, which is one definition of the Hebrew word “shebet” interpreted means “rod.” However, the word shebet has also been interpreted to mean authority, clan or tribe, and has been known to mean God’s authority as well.

Due to the poetic nature of the book of Proverbs and the multiple interpretations of the word “rod” some people think that the term means something metaphorical; such as to use the scriptures to reproof or teach children, or that parents need to remember to exercise their authority over the children in order to help the children have a proper upbringing. Sometimes the truth can sting like a rod might hurt the flesh. So children would not die from the pain of truth. However, there have been cases when parents have beat their children to death with rods and reeds, so it appears that Proverbs 23:13-14 cannot mean to literally beat a child with a rod.

A few other Bible verses that give further understanding to parents about disciplining children:

This second sampling of Bible verses instructs parents to by calm but firm in correcting and instructing children. They tell parents not to be angry or aggressive, but to use words of truth and reproof. In Hebrews it even says that correction should lead to more peace in the family. These verses suggest that parents are to love and rear their children in righteousness and without any anger.

Can A Spanking Be Given Without Anger?

Yes. After my friend asked me the question at the top if this article he went on to explain how his mother never spanked him in anger or out of anger but simply used it as her negative consequence and administered it with firmness but lovingly.

One of my favorite books by Ralph Moody, “Little Britches: Father and I Were Ranchers”, a true story of a family living in the west during the late 1800s, shares an experience when Ralph stole from the family and needed a consequence. The reader clearly sees that Father doesn’t want to spank Ralph, but that that was the negative consequence the family had designed for instances like stealing. Father lovingly tells Ralph he must spank him because of his actions and then they deliberately go to the barn and Father administers Ralph’s spanking. Ralph sees tears in his father’s eyes.

I think that most parents of the past who used spankings tried to do them like young Ralph’s father. They hated to do it, but saw no other way. They felt they needed to use the rod like Proverbs instructed and use the loving spirit from the teachings of the New Testament as well.

Should Spanking Be Used Today?

I always say that a loving spanking is better than not correcting behavior problems or corrupted hearts at all, but I have found there is an even better way to teach cause and effect. The method I am referring to uses the metaphorical interpretations of the scriptures in Proverbs, meaning that the parent knows they have the authority from God and stewardship to teach the children and that they must act on that. This method also instructs with love and gentleness, but with firmness and consequence as well. The reproofs, or consequences, can seem hard sometimes but the self-government structure and tone of love in the home always lead to more freedom and joy.

Since I have many articles and books dedicated to how self-government can be taught with firmness and love I am not going to go into details about that here, but I will discuss in detail why spankings can’t be used effectively today, and even why they could be dangerous to use today.

Why Shouldn’t Children Be Spanked? 6 Reasons:

There are now countless reports of parents taking spanking too far and damaging the bodies of children out of anger. These out-of-control parents have made it difficult for a truly principled spanking parent to openly and safely continue to use spanking as a negative consequence. The practice is generally frowned upon due to some horror stories about spanking leading to severe abuse.

I will never be okay with the government getting into families’ lives and telling parents what they can and cannot do. But, the smacking videos do prove there is a problem in many homes with out-of-control parents beating children unnecessarily. Family relationships are not safe when spanking, or smacking, happens like this.

I could go into great detail about the social dangers of a country following this CRC document, but will stick to the topic of punishment for now. Luckily the United States has not ratified this document as law, so many of the absurd rights that would destroy the role of parents and make the government the parent are not really enforceable. However, these false rights are being taught to teachers and in schools as well as to government agencies as real rights even though they are not really law.

So, now days if a parent spanks a child it is likely that the child will have been taught by their school that this is abuse. This teaching encourages children to tell on their parents or to report their parents to authorities even when the spanking was going to be done with love and calmness. Since there are people telling children what is right and wrong instead of parents being the authority on what is right and wrong parents have just cause to abandon spanking as an acceptable parenting practice to protect their families from government intrusion.

I will never forget a time I was visiting a home for the purpose of teaching the family self-government skills and principles. The parents, who had once been hitters and spankers, had made the shift to calm, firm self-government parenting. Their thirteen-year-old son was “out of instructional control” and the father was calmly going through the Rule of Three to help the son become calm and ready to receive his negative consequence. Then the son said, “Just hit me Dad. It would be quicker. Just hit me.”

I loved this great moment for this reformed father. He saw clearly that his son used the previous beatings as a way of not taking responsibility for his actions. He also clearly saw that the child didn’t have to accept the consequence or become calm for a beating to occur. When he did those beatings he was denying his child the opportunity to accept his consequence as something he earned. For justice to be completely effective the guilty must acknowledge his wrongdoing. I know this sounds impossible to happen with children, but it isn’t. In fact, I have seen many, many children happily acknowledge their wrongs and willfully accomplish their negative consequences after a true change of heart and connection to parents.

The Short Answer To Why Is Spanking Bad

My friend’s question was “Is spanking ever okay?” It used to be acceptable, but there is a better way to apply the principle of using the rod and the principle of reproofing with love. That better way is legal and is good for character development and a change of heart. It is firm and compassionate, as well as unifying and respectful. I call this parenting style Teaching Self-Government.

Learn how to teach your children self-government here!

Win, the Rule of Three is the name for three things we do when a child is out of control or defiant. I outline it in detail in my book Parenting a House United. We pre-teach, instruct and then correct three times. After that the child or youth has earned three pre-determined consequences that they have to accept before life returns to normal for them. None of this is a surprise. They know every word I will say when they are out of control before I ever say it. In fact, my children never choose to go out of control due to the Rule of Three. If they have a problem, they just calmly discuss it with me instead. I hope this helps. It sounds like you would really enjoy the book or resources on my site. https://teachingselfgovernment.com

There is much good in this article, but also much that has clearly not been thought through thoroughly (pardon the alliteration): Reacting violently and with uncontrolled emotions is NOT a recent phenomenon of our times; it has been done for thousands of years, as plentifully recorded in the scriptures. The author seems to have a very romanticized view of how parenting was done "in olden days." It is clear that discipline administered with calm emotion and even sorrow ("this hurts me more than you") has always been an ideal reached only rarely. There are obvious differences in degree of spanking. Current parenting teachings seems to hold that the very act of spanking is by definition an act of uncontrolled emotion, regardless of the degree applied. I disagree. Perhaps the worst method of attempted discipline is the threatening of consequences that both the parent and child know will never be administered. Especially when it comes to very young children, i.e. toddlers, a swift swat on a well-padded behind, or a flick on the grabby fingers that keep reaching for the "no-no" even after repeated verbal admonitions have proven to be most effective in transmitting parental displeasure to a not-yet well-developed young mind and usually stop the undesirable behavior efficiently.