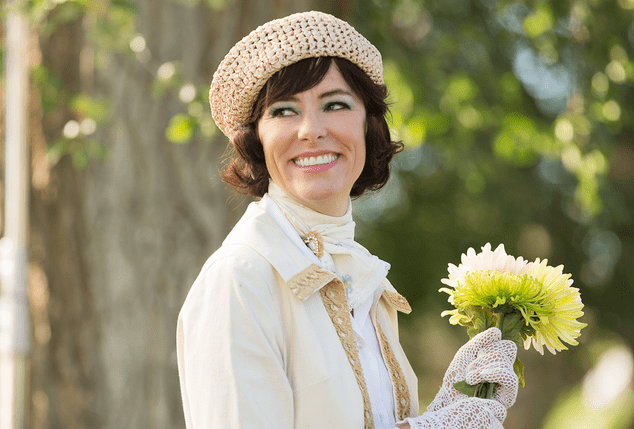 On May 15, BYUtv’s first original scripted series, Granite Flats, returns to the airwaves for an all-new third season with more suspense and drama to entertain the entire family. Building upon the success of seasons one and two, the new season of this 1960s family entertainment series inspired by real-life Cold War events will continue to deliver the tension, nostalgia, drama and romance that echoes the era’s uncertainty and suspicions. The characters uncover events surrounding actual little-known covert U.S. military operations, while facing the realities of life during that unique moment in history. Seasons 1-3 of Granite Flats will be available on Netflix streaming services in the US, Canada, United Kingdom, Ireland, Australia and New Zealand beginning Friday, May 15.

“Now in its third season, Granite Flats continues to captivate viewers through riveting scenarios and intriguing characters that are inspired by actual historic events,” said Derek Marquis, executive producer of Granite Flats and Managing Director of BYUtv. “We are pleased to announce the addition of two distinguished actors, Parker Posey and George Newbern, to our iconic ensemble cast, while continuing our investments in original, family-appropriate programming that fills a void in primetime.”

Filmed entirely in Utah on a variety of authentic 1960s-era locations, Granite Flats season three consists of eight new one-hour episodes and has attracted a steady flow of top Hollywood guest directors and actors. Joining the notable ensemble cast this season are Golden Globe and Independent Spirit Award nominee Parker Posey (Waiting for Guffman, The House of Yes and Superman Returns) and Scandal star George Newbern (Father of the Bride I & II, Adventures in Babysitting). Posey, the “Queen of the Indies,” plays Alice White, the aunt of main character, 14-year old Arthur Milligan. In a world of secrets and spies, Alice unmasks truths that will not gain her favor in small town Colorado. Newbern has been cast as Scottie Andrews, a controversial civil-liberties attorney from New York City who is the uncle of 14-year old protagonist Madeline Andrews. Scottie’s fondness for his niece, as well as his boisterous and outgoing personality, help him find his place in Granite Flats.

Two guest directors have also been added to the season three roster: Brian McNamara, character actor, director and producer who has made more than 100 TV and film appearances in The Flamingo Kid, Short Circuit, the Billionaire Boys Club, Monk, The Ghost Whisperer and most recently, Army Wives; and Blair Treu, director of Little Secrets and Wish Upon a Star.

Season one introduced viewers to the seemingly idyllic fictional town of Granite Flats, Colorado (circa 1962) and uncovered mysterious events that challenged the faith and humanity of the characters. The second season progressed into the volatile year of 1963 and took viewers deeper into the intrigue, fear and small town innocence that characterized the Mountain West at the height of the Cold War. The plot revolves around three unlikely young heroes, the school science geeks, who band together to form their own private detective agency after an unidentified object – later revealed to be a Soviet satellite – falls from the sky in a fiery blaze. Other characters include a Chief of Police, played by Richard Gunn (Dark Angel), working to ferret out a KGB spy hiding somewhere in Granite Flats; a nurse at the VA Hospital who learns her boss is running some mysterious tests on soldiers as part of the CIA’s top secret MKULTRA program to develop mind-control as a weapon against the Soviets; and an eccentric new English teacher, played by Back to the Future’s Christopher Lloyd, who captivates the attention of his students with his Oxfordian perspective on Hamlet, emphasizing the themes of secret murder, false identities and a divided heart.

Season three takes place one year later in 1964. Friendships and loyalties continue to be challenged, everyone is full of secrets and nothing is what it seems to be. The trio of kid sleuths has disbanded their detective agency as their relationships evolve. The Chief of Police and the FBI work to expose covert government operations and spies. Long-lost family members re-surface, further disrupting the lives of the residents and forcing many to face up to the past. Similar to season two, themes from two pieces of classic literature, Walt Whitman’s Leaves of Grass and Lewis Carroll’s Through the Looking Glass, are woven into the story, and mirror the lives of the characters.

“The new season of Granite Flats captures the fear and paranoia that abounded during a period of intense political intrigue in our nation’s history,” said Scott Swofford, executive producer and director of Granite Flats. “Season three delivers provocative stories and complex characters, as the residents of Granite Flats are surrounded by secretive behavior and suspicious activities. Our outstanding ensemble cast and creative teams have built a connection with viewers for two seasons by bringing to life historically based storylines through nuanced performances and we are thrilled to continue the journey.”

Since 2011, BYUtv has created a breadth of original “see the good in the world” programming that fills a void in entertainment the entire family can enjoy together, including sketch comedy, history, music and documentary offerings. The high definition cable television network continues to build steady momentum, drawing new viewers to its shows from every state of the country via cable, satellite and multiple digital media platforms including byutv.org and on all of BYUtv’s digital platforms, including Roku, Xbox360, Amazon FireTV, iOS and Android. As with all of BYUtv’s programming, Granite Flats is available to more than 55 million households in every state of the country. Additional information about the series, including cast bios and behind-the-scenes photos, is available on graniteflats.com.

Thank you so much for bringing good, wholesome and fun shows back into our homes. It is so nice to be able to watch a TV show without wondering if you or your children are going to see or hear something we really don't want in our homes. Thank you again and please keep making good TV shows.