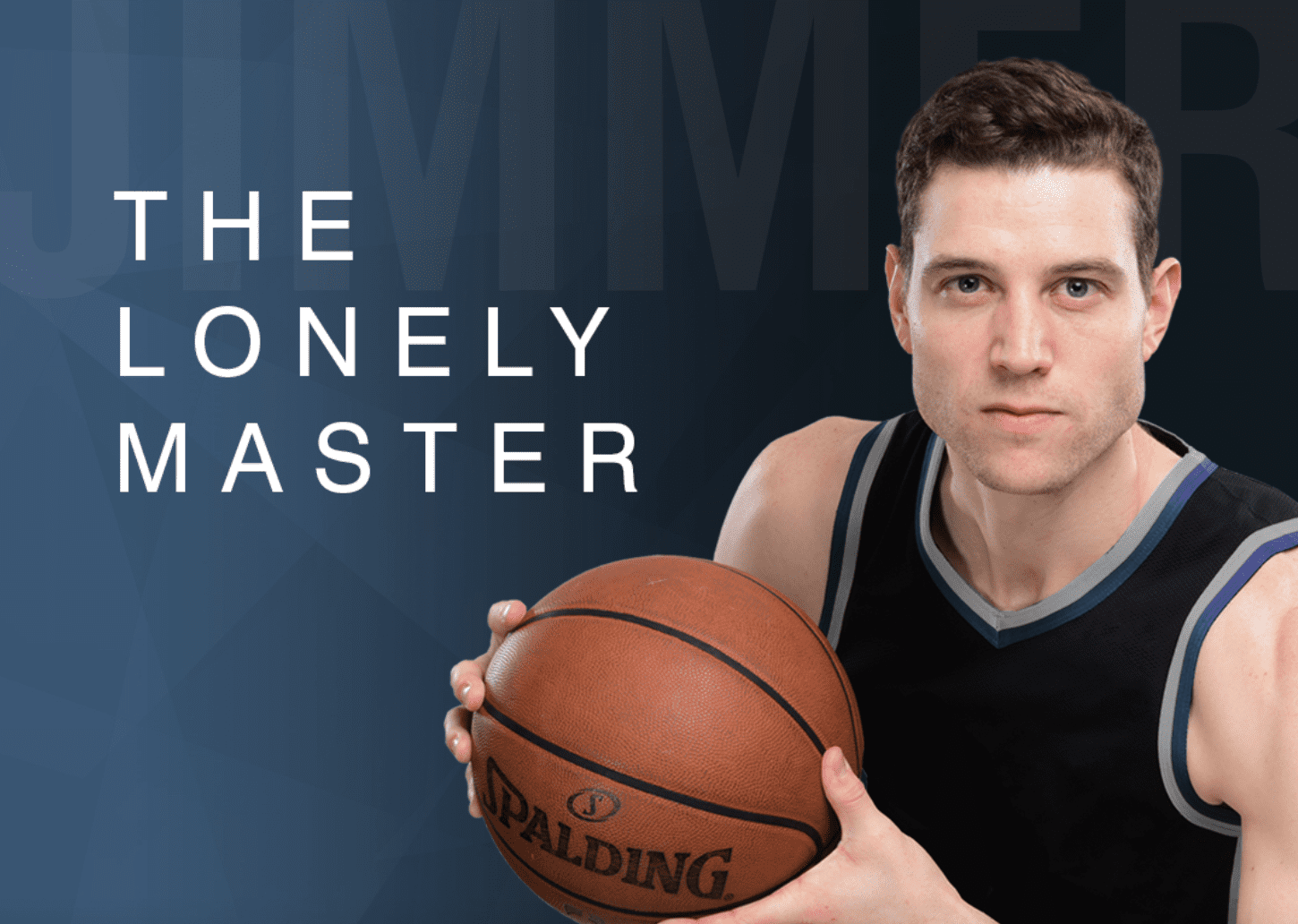 “The Lonely Master,” a stirring new full-length documentary about basketball star Jimmer Fredette’s massive career in the Chinese Basketball Association (CBA) and aspirations to return to the NBA, will premiere on BYUtv Saturday April 6, 2019 at 7 p.m. PST. Titled after the nickname Fredette has earned from his sizeable fanbase in China, the intimate, 75-minute film shadows him throughout his astronomical 2017-2018 season with the Shanghai Sharks. It also traces the beginnings of his childhood dream to play in the NBA, and the highs and lows of Fredette’s career, from high school basketball star to record shattering NCAA National Player of the Year to the unexpected end of his five years in the NBA and his deep desire to return. It explores the universal theme of what it takes to make a dream come true, what you do when it seems like it won’t, and the choice to never give up.

“Jimmer has been capturing hearts and minds for years,” said Michael Dunn, managing director of BYUtv. “With his work ethic, the way he holds himself on and off the court, the respect he gives to and receives from his teammates and members of his communities, his commitment to family, his drive – his appeal is undeniable. We are thrilled to bring this incisive account of Jimmer’s life and particularly fascinating Chinese experience to the world.”

“The Lonely Master” showcases Jimmer’s 2017-2018 CBA season, where his hard work resulted in an average 37 points, 7 rebounds and 6 assists per game and helped him lead the Shanghai Sharks to the playoffs for the first time in 12 years, and for three years in a row. It also highlights his life as an “import” in China, where he encounters unique obstacles and is, in turn, idolized by millions of Chinese basketball fans. But throughout, Jimmer never gives up on working towards his dream of returning to the NBA.

“I never thought I’d play basketball in China,” said Fredette. “But I believe things in my life have happened for a reason and that I am meant to be here at this time to work on the things I need to in order to make myself successful in the NBA. I’m excited to share my story, both past and present, with the world.”

The film also offers an intimate peek into his upbringing and personal life, including his childhood home, with a contract signed by Jimmer and older brother TJ in 2007 outlining his dream of playing in the NBA, hanging above his bed. The backyard court he grew up playing on, the church building they used to train on weekends and his high school gym are also showcased. Contemporary footage of Jimmer as a new dad weaves throughout his story.

“The Lonely Master” was produced by Jared Harris and Scott Christopherson, who co-produced the award-winning feature documentary Peace Officer. It will air on BYUtv on Saturday April 6, 2019 at 10 p.m. ET/8 p.m. MT/ 7pm PST. For more information, visit www.byutv.org.

About BYUtv
BYUtv provides families more than 1,700 hours of entertaining and compelling programming they can enjoy together. The network’s content is trusted, contemporary and clean, yet clever and sophisticated enough to inspire children and parents alike. BYUtv’s diverse portfolio of original, co-produced and acquired content includes scripted and unscripted dramas and comedies, 700+ hours of live HD collegiate sports, game shows, and holiday special made-for-tv movies, docudramas and concerts. BYUtv is available in 50 million homes in every state of the country on DISH Network, DirecTV and 146 other major cable systems. A digital pioneer, BYUtv was the first U.S. television network to stream all of its content live and unencrypted over the internet. Today, BYUtv has over 1 million YouTube subscribers and 1 billion views and is available live and on-demand on multiple digital platforms free of charge, including Apple TV, YouTube, Roku, Amazon Fire, Chromecast, Xbox One, Windows Media, digital apps for iOS and Android, and BYUtv.org. Based in Provo, Utah, BYUtv is part of BYU Broadcasting, which is owned by Brigham Young University.