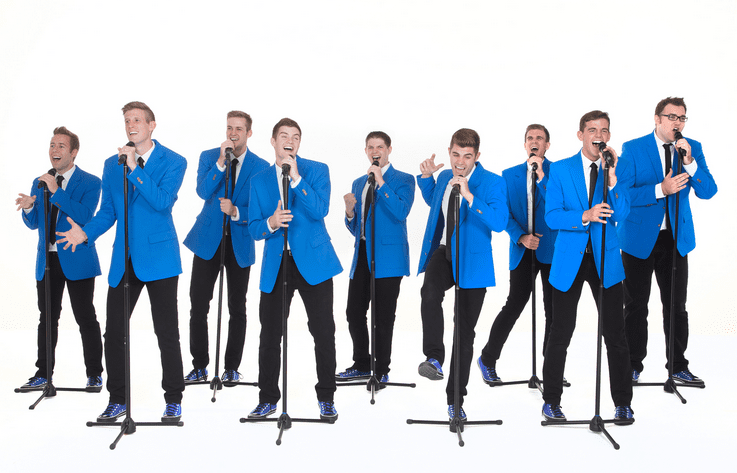 The album, He Is Born, features eleven songs including contemporary classics such as “Santa Claus Is Coming to Town” and “Sleigh Ride” as well as religious favorites like “Silent Night” and “Infant Holy, Infant Lowly.”

He Is Born producer and Vocal Point director McKay Crockett says the group has thought about doing a Christmas album for the past several years.

“This long-awaited album has been crafted to aid in commemorating the most nostalgic and meaningful aspects of the Christmas season,” Crockett said.

BYU Records general manager Ben Fales says the release of this album will mark the widest release ever of a BYU album.

“Not only will He Is Born be available at iTunes, Amazon.com and Deseret Book like many of our other titles, at the end of October it will also be available in Barnes & Noble stores across the United States, which we are very excited about,” Fales said.

BYU Vocal Point has performed in front of millions on NBC’s The Sing-Off, on YouTube and in concerts around the United States.